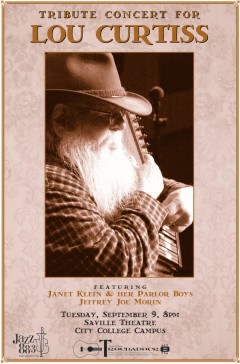 My Dad took me down to the Great Northern railroad yards when I was about 11 years old and showed me how to hop a train. He said to me, “I know someday you’re going to try it and I don’t want you to kill yourself.” Dad himself had rode the rods from the early 1920s and on into the late ’30s, he was a member of the Hobo’s Union with a card signed by Jack Dempsey. Along with the travels came a lot of adventures and stories he told me as I was growing up, first in Seattle until age 12 and then in San Diego. Here are just a few of them.

“It was a rainy night on the highway into San Luis Obispo (hobos called it San Louie no biscuits) and Dad and Doc Horton were following the tracks to a small jungle they had heard about. They were hungry and all they’d had to eat were some carrots that had fallen off a produce truck, which they’d picked up off the road (actually Dad picked them up; Doc didn’t like carrots and wouldn’t eat them). After awhile they saw a campfire and smelled something cooking. They also heard music and saw two guys playing mandolin and guitar. Dad pulled out his harmonica and joined in, making it an invitation to be asked to join in and maybe get a bite of the rabbit that was cooking over the fire. And that was the case. They played more music and when the meal was cooked they all ate, played some more music, and spent the night in that jungle. The next morning one of the guys asked them if they’d ever eaten tomcat before. When they replied in the negative he said, “Well, you did last night; how’d you like it?”

“Trains in the ’30s and into the ’40s had what they called cowcatchers on the front end of the engine. If you knew a train was moving slowly you could often hop on the front end for a short hop. Dad and Al Fisher were in the Los Angeles Santa Fe yards looking for a hop that would take them on a long haul east. I think they were headed to Plainview, Texas, although I can’t remember why. One of the yard hands with a twisted sense of humor told them to hop on the cowcatcher of a certain engine that would take them to a part of the yard where one of those long haul east-bound freight trains was forming up. Well the sadistic so and so must have had a good laugh as that engine lit out a top speed with my Dad and Al hanging on for dear life and didn’t slow down until it got to the railroad yards out in Riverside, where, as it turned out, that long haul freight was forming up.”

They went from one job to another and never stayed in one place very long. That was the life of the hobo. My Dad always said it was a lifestyle forced on him when his folks died and it ended when he met my Mom and I came along. Dad had hundreds of little stories about the Depression days and I guess when I was growing up they seemed pretty romantic to me, a lot more romantic than they actually were. I may include a few more stories here from time to time.

RETIRED
That is such a misunderstood word. I’m still working as a music collector, a radio person, a column writer, a researcher, and a learner of all things music and the ways it is recorded and presented. I just don’t have a record shop anymore. From 1967 to 2014 there was a Lou Curtiss at Folk Arts Rare Records and from September 1, 2014 there will be a Brendan Boyle at Folk Arts Rare Records. The new location for the shop is 3072 El Cajon Blvd. Support Brendan the way you have supported me and you’ll have a premier collectors record shop in San Diego for another 48 or so years. As for me, I’ll be around, answering musical questions when I can, playing music with Virginia and a variety of other folks, finding out stuff I didn’t know before, and passing it along here and on my radio show. I don’t think I’ll ever be RETIRED. I can’t see any future in it.

Searchin’ for the Blues