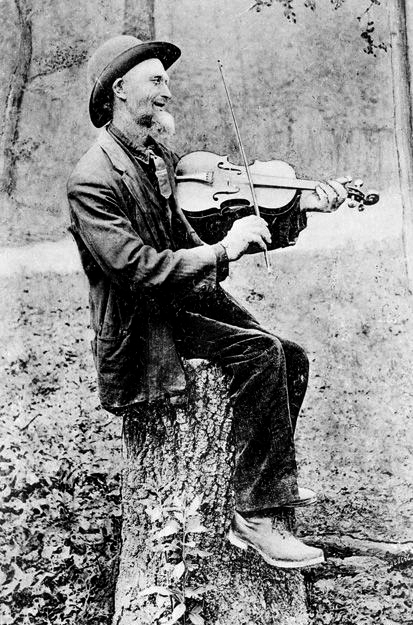 The 1970s was a good time for fiddle contests. There were serious ones with cash prizes like the still-running Topanga Canyon contest and the long-running contests in Julian that eventually evolved into a bluegrass festival. However, maybe the most unique, and certainly the most tongue-in-cheek, were the 15 or so Balboa Park Old Time Banjo and Fiddle Contests. It cost a buck to enter, which just about paid for posters and publicity. The sound system was donated by Black Hat and Dirty Toes (a couple of guys who had a sound system). The prizes varied. One year it was fresh baked pies (all baked by lady musicians—this was the ’70s and guys didn’t bake anything you’d want to eat—or so we thought). One year it was old bowling trophies we picked up at Am Vets. Another year first prize was one bag of rutabagas and second prize was two bags of rutabagas (the rutabaga you know, of course, is the wart hog of the vegetable kingdom).

The contests started off in Pepper Grove, but by the third contest it had moved down the hill into Gold Gulch and the crowds had grown to several thousand. We announced up front that our judges were bribable and I never was too sure what the bribes were, but I never had any trouble getting judges. At any rate, the winners always seemed to please most everyone, and the contests drew a fair amount of celebrities, including Taj Mahal (who played banjo) and Don “Sugarcane” Harris (who played a green electric violin); champion fiddlers like Byron Berline and Earl Collins also made it.

The idea was to get representatives from all parts of San Diego’s musical community together to play a little and enjoy a day together in Balboa Park. (We had Norteña and Mariachi bands, Hare Krishna chanters, singer-songwriters, all kinds of old-timey bluegrass and folk bands, and even some jazz and blues. Some rockers even unplugged and entered.

It started about 10am and it was usually getting dark when we announced the winners. It wasn’t too important who won but mostly that everyone got together in the park and had a good time. One year, I remember, we gave a special tie award to a gospel bluegrass band and the Hare Krishnas for traditional dogma. Another year a band tied with itself and had to have a playoff. For the playoff they were required to play a tune with shirts on and one with shirts off. Since one of the band members was a woman and this, of course, was a family event, the band with shirts on won when the shirts-off band was disqualified because the woman wouldn’t remove her shirt (this was probably all funnier back in the ’70s).

I used to emcee these events and my shop, Folk Arts Rare Records, was one of the sponsors. It sure would be nice to get something like them going again. The only reason they stopped was because Balboa Park officials quit giving us power for our sound system. Except for the little bit the power cost, the event paid for itself and everyone had a good time. I’ve tried to talk the folks on Adams Ave. into letting me do something like the old contests out at Trolley Barn Park at the end of Adams Ave. Park (maybe mid-summer between the Roots Festival and the Adams Ave. Street Fair). If you’d like to attend or help put on a day of music with tongue firmly planted in cheek, call me at Folk Arts and maybe we can get these things going again. Maybe we can even get a local Adams Ave. market to donate the rutabagas (hell, we’ll even take turnips).