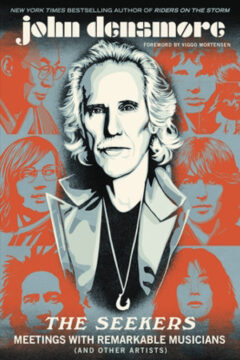 As legendary Doors drummer, John Densmore, offers his third book, The Seekers, Meetings with Remarkable Musicians (and Other Artists), he opens the gateway to spiritual awakening through music and personal stories of encounters with influential cultural icons.
There is no doubt in the mind of celebrated musician and writer, John Densmore that music is the primary means for healing, hope, and meaning in singular and universal life today. With his latest book, The Seekers, Meetings with Remarkable Musicians (and Other Artists), he wants his readers to know this Muse of the lyrical, rhythmic, harmonic, and melodic spheres is available to us all in the sonic-contemplative realm. It can be accessed at any moment in space and time. Therefore, anyone who joins this “blue bus” ride, so well illustrated by Densmore in this engaging book, are seekers of the truth.
In 240 pages, through the rhythm of language and story, he provides the reader with a journey into the heart of spirituality and creativity that invites everyone to be seekers. This book is like gold in a world, weary from illness, division, and disconnection. In that sense, Densmore himself has become a literary shaman, a term often used to describe the lead singer of his famous band, the Doors.
They are one of the most significant bands in rock ‘n’ roll history. During my conversation with the iconic drummer, he made several statements that incisively cut beneath the thin layer of skin with regard to how music affects our lives and culture. But none said it better than, “Every generation needs the Doors (Jim Morrison) to cut the umbilical cord.” It’s a function of good art and perhaps strikes the core of the rock ‘n’ roll experience Densmore helped to establish. Maybe that is why 56 years since their formation, the Doors’ music is still a touchstone for the flesh and spirit of millions of people of all ages around the world. Like the main thrust of this book, they sought to inspire their audience to seek out truth and meaning for themselves. They still do today with archival live recordings and re-releases and remasters of their all-too-brief recording history. This book is a direct extension of the spirit of the Doors: to “break on through to the other side.” 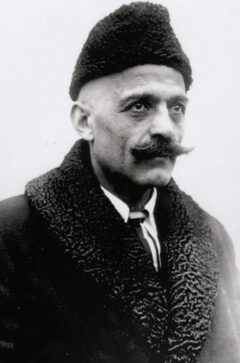 The heart of the book is fired and formed by Densmore’s chosen format, which is based on the mystic classic Meetings with Remarkable Men, by Armenian-Greek philosopher George Gurdjieff. The book, which was written in 1927 and translated into English in 1963, is a narrative describing the author’s memory of the key people he met throughout his life who inspired his spiritual wakefulness. Beginning with his father, he included priests, mystics, friends, and (despite the title) women, as he illustrated their path to more meaningful lives. In so doing, readers are encouraged to seek out their own truth and direct experience with wakefulness. He terms them “seekers of the truth.”
Remarkably, reading Densmore’s book yields a similar experience within a modern context. First and foremost, Densmore’s work helps to wake his readers up to an awareness of the freedom they possess to explore their own spiritually charged creative path.
The twist here is his focus on musicians (and other artists). As he explained during our interview…
“Musicians are the ambassadors to the inner WORLD IN US ALL. When experiencing music soul to soul and heart to heart it is the most direct art form.”
In this sense, musicians among other creators, become guides pointing the way to the Muse, the place of inspired creative work.
“They (musicians) achieve their destiny through sound,” Denmore explained. “The most direct connection to the creative muses is through music. Emotion. Non-thinking. It comes from an inner desire and an unstoppable drive to create something.”
First and foremost, Densmore’s work encourages his readers to wake up to the freedom they possess to explore their own spiritually charged creative paths.
The Seekers pulls back the spiritual and emotional curtain of rock stardom to reveal the key figures who have influenced Densmore throughout his life. They include people as diverse as Jim Morrison; Ray Manzarek; Janis Joplin; Elvin Jones, drummer for Jazz legend, John Coltrane; Lou Reed; Patti Smith; Ram Dass; and Joseph Campbell among many others.
His first story is dedicated to his mother’s influence on his creative life. This is in sync with Gurdieff’s opening story about his father. He also takes time to provide a detailed encounter with Joseph Campbell, whose views on the intersection of myth with reality propelled much of Densmore’s pursuits. He even devotes a chapter to country singer-songwriter Willie Nelson, who seems to peer out from his cannibals smoke-filled bus with a joke, a wink, and a smile. His story of becoming friends with music great Elvin Jones reveals how the jazz drummer influenced Densmore’s work with the Doors.
Indeed, the common thread through each chapter is Densmore’s unique personal experience with each individual, some good—like Gustavo Dudamel, the Venezuelan music director for the L.A. Philarmonic, who conducted the symphony orchestra’s cover of the Doors classic, “L.A. Woman,” with John on drums—and others not-so-good, like Van Morrison, who was so pre-occupied, he failed to introduce Densmore when the drummer sat in with Van-the-Man’s band on “Gloria” at the Hollywood Bowl.
Each chapter includes nuggets of insight into Densmore’s creative process and key moments in his spiritual journey that have taught the drummer valuable life lessons. And through the inspiration of storytelling, each chapter demonstrates the accessibility of a direct experience that is available to the reader. 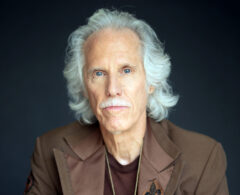 The book began with a seed of an idea to show gratitude toward those who influenced him. According to Densmore, “It was to be a tip of the hat to people who had an influence on me. Then I began to look at how these people were connected. It was through a love of sound. With Willie, it was country sound. Bob Marley and Gustavo are completely different. When you watch them, they are not “performing.” You see that they are healers. They are inside the healing sound, a conduit for the music. Some, like Jim and Janis, didn’t have control; they were seduced by sirens—they come crashing on the rocks. But, if you put in your time, the Muse sees you’re serious and your own creativity comes out.”
As we concluded, Densmore, a bit weary from a long season of interviews, seemed hopeful about his new book and our conversation. We talked about the world around us today and the seeming lack of access to a true vaccination for the spirit.
However, during our conversation and after listening to the audiobook of The Seekers, I became more aware of the need for more conversations like this one with John Densmore about his book. He then said, “This book has been a quest to illuminate the creative process, using storytellers to tell how it happens. William Blake says each day has a moment of eternity waiting for you. Anyone can access the magical moments gifted artists live in if you’re hungry to learn. I hope this book is a guide for the Seeker in us all.”
The experience of this book returned me to the core place where my better angels reside. It also returned me to the eclectic music that I entered into with the Doors in 1967 when I attended my first concert in Anaheim, California during the Summer of Love. So, I sat down to write down my 12-year-old impressions of that afternoon show that forever cut my own psychic umbilical cord. For me, seeing John Densmore play drums with Ray Manzarek on organ, Robby Krieger on guitar, and Jim Morrison in all his Dyonisian glory was my personal rock ‘n’ roll Bar Mitzvah. Today, with Densmore’s revealing book, that day is still bearing fruit.