AN INTERVIEW WITH SYNC AGENT AND MUSIC SUPERVISOR RYAN GAINES 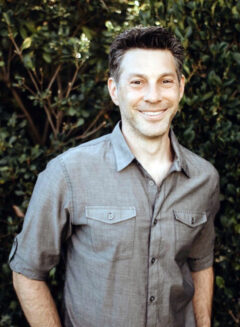 Recently I had a conversation with my friend and colleague Ryan Gaines. Ryan is the owner of Mutiny Recordings and has worked in the entertainment industry since 2001 in the fields of film development and production as well as music supervision and licensing. His supervision work started with Spring Aspers at the legendary label Island Def Jam (with JAY-Z at the helm), which transitioned into an in-house position at Walt Disney Studios (Disney, Touchstone, Miramax) spanning a variety of genres and formats, from major motion picture releases to independent art-house films and documentaries.

What do music supervisors look for in general when syncing music to a film or television show?
They are looking for a song that complements the picture. An artist aspiring for sync must remember that their music is solely used to complement the visual, to enhance the plot arc and/or character arc to give the viewer a stronger attachment to the story. If your song detracts, it won’t be used. That’s why there’s often a difference between songs that are big on radio and songs that are big for sync.

What can an artist do to increase their chance for success when pitching their music?
Do your homework. Take note of the styles of music used on the show to which you’re pitching and how they are used. Make sure your songs don’t have proper nouns or talk in specifics. Keep them broad and applicable to a variety of situations. For instance, if writing about love, make it non-romantic so it could apply equally to a husband and wife as it could a father and daughter.

Does it matter if an artist has other things happening like analytics, tours, etc.?
Yes, for sure! Fees can be pushed up based on the popularity and reach of the artist or band. Tours are always great to know the artist is active—and especially if they are drawing numbers. It can be beneficial to complement a pitch with some facts about the band or have them ready in case of an inquiry. But at the end of the day, the best song wins.

What does “One Stop” mean and why is it important?
One stop is when all the rights (100% composition, 100% master recordings) are controlled by one entity. It’s important for anything of more modest budget or any situation in which a swift clearance is necessary. Plus, from a licensor’s perspective, commissioning off the whole pie is a way better deal.

What would you recommend to an artist looking to get their foot in the door with placing their music in film or television shows?
Artists are mainly making money in three areas: touring, merchandise, and licensing, the latter of which can be obtained by an artist who has a rigorous touring schedule or an artist that produces from their home studio and never sets foot on a stage. If you can tap into the vibe of cinematic music, the sky is the limit. You can turn your hobby into a career.

How Much Does an Artist Get Paid per Stream?