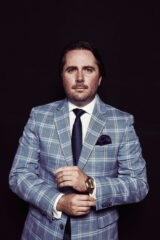 American professional sports and music are two of the most popular and sought-out entertainment enterprises in the world, and it is no surprise these industries merge at times. Iconic songs like Queen’s “We Will Rock You” have become part of the tradition of American sports, and the NFL’s Super Bowl Half Time Show is one of the most coveted performance opportunities sought out by A-list artists. When these industries do come together, attorneys are at the forefront helping to navigate the differences between the two industries to provide the best possible outcomes for their clients.

Recently, I had a conversation with my good friend Jeremy Evans, who is the founder and managing attorney of the law firm California Sports Lawyer® and current president of the California Lawyers Association, to get an insider’s perspective on music in sports.

How important is music in sports?
Music is essential in sports. It is such an interesting point of discussion because anytime you go to an arena or stadium to watch sports, you are listening to music, too, or being entertained through videos and the like. Since modern day sports is all about entertainment, music becomes a huge part of the fan experience.In addition, music is very important to athletes, too. Athletes listen to music during warm-ups, during work-out regimens, and even at times during games. Music is also a massive part of our American and international sports and entertainment culture. Of course, there are also cross collaborations when professional athletes become professional musicians.

What is the main difference between representing a musical artist and representing a professional athlete?
Both businesses are prospective, meaning teams or music labels are making judgments on future performance of the individuals they work with, but the industries are very different in one very important facet. I think the biggest difference between representing music and sports talent is the fact that in sports you have more established systems, like the draft to open doors. In music that is not the case. Rather, it is up to the individual artist to find their path out of the millions of potential paths to fame and success. There are also metrics and analytics used in sports to evaluate talent—the entertainment and specifically the music industry has a harder time accepting or even using analytics because music is art that is subject to interpretation—versus statistics to an athlete and scout even if what they do is beautiful and an art form in itself.

Do sports teams usually have their own in-house counsel?
Yes, the “Big Five” professional sports leagues in America (NBA, NFL, NHL, MLB, and MLS) all have attorneys who work for various entities like the leagues and players associations, which are unions that protect athletes’ rights and interests in professional sports leagues. Typically, each team has about two to three lawyers who deal with vendor contracts, advertiser contracts, television contrast, litigation (slip and fall cases), etc. In addition, a team will contract with outside counsel on other matters, ranging from general litigation, player disputes, and mergers and acquisitions.

What type of license is required for sports teams to play music live in an arena? How does this differ from the music that is used for a sports team commercial, for example?
A public performance license is required to play music live in an arena. Licenses for public performances are typically obtained by the venues by Performing Rights Organizations (PRO’s) that represent the songwriter who wrote the music.

To use music in a sports-team commercial or in-game video, a synchronization or “sync” license is required, which is a different license all together. There are two licenses required to obtain a sync license for a commercial: license to use the sound recording, which is usually obtained from the label that has the rights to the recordings and the other from the publisher who has the rights the songs.

There have been issues with these licenses over the years and some controversy over arenas and other venues not obtaining a correct license or even obtaining them all. These types of uses, like the use of on-screen lyrics, would only require the license from the entity that has the rights to the song, as opposed to the recording because the recording is not being used.

How common are DMCA (Digital Millennium Copyright Act) takedown notices in sports team’s social media or other channels?
This is something I see a lot of particularly in my private practice because we have situations with social media platforms and individuals posting infringing content. It has been simplified somewhat by social media platforms that have brokered deals with bigger rights holders like Universal Music. Of course, that was not always the case, as platforms were basically immune from rights holders seeking to enforce their copyrights. To me, DMCA notices make it easy for individuals to issue them and follow the required steps to have their infringing content be removed. One should consult an attorney before doing so to make sure one actually owns the content and swearing by it with penalty of perjury.

Also, it should be noted these notices go beyond music, covering a book, video, or photograph. Basically, anything you can copyright. Of course, it is usually name, image, and likeness (“NIL”) issues in sports, which deal with an individual promoting a product or service through their NIL.

What would you recommend to a musician trying to get their foot in the door of the sports industry?
I think anytime you can get into a certain gig, say if a team is having a party or concert, that is a huge opportunity for musicians. Of course, if you can get your music played at a stadium and used in games, that is another claim to fame. There are also local opportunities with venues for musicians to be opening acts at stadiums. Lastly, there is always the route of music licensing to help you get to the you into the industry – for example, getting your music noticed by a library music company that supplies licensed music for sports-entertainment clients and professional franchises. Getting noticed, being multi-talented, and consistency in work ethic is the name of the fame game.