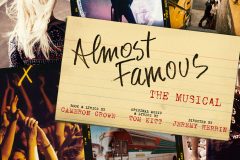 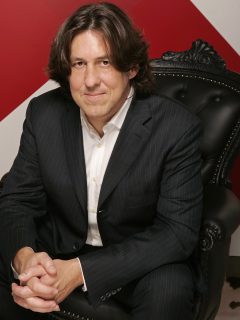 San Diego is a city of almosts. The neighborhood bars in the surrounding suburbs—El Cajon, National City, Escondido, Oceanside, Clairemont—are filled with fish-that-got-away stories; long-gone-brushes-with-fame stories; fortunes-almost-found and gold-mines-that-never-were stories. Those who achieve fame and fortune have left San Diego, to L.A. or farther beyond, to make it. Those who stay tell the stories of almost making it.

The city carries this inferiority complex going back to the days when San Diego lost the movie industry to Hollywood. Yes, they were making early films in San Diego when Hollywood was just a cluster of horse farms. Finally, however, the railroads, Mulholland’s water, and Route 66 changed that.

In the 1970s, rock ‘n’ roll became the promise, the ticket out. Every kid in San Diego wanted to be a rock star or at least be “with the band.” High schoolers carried guitars and twirled drum sticks between classes. There was a hard rock band in a garage on every corner. And albums by Aerosmith, Black Sabbath, Ted Nugent, Ritchie Blackmore’s Rainbow, and Queen blared in every high school quad during lunch.

When the big bands came to town, they usually played the Sports Arena. Kids would camp out all night at the ticket window for good seats. Then, they would hang out at the Sports Arena loading dock, hoping to get backstage to meet the bands.

If you’re a Baby Boomer wondering where the 1970s went, you’re in luck. San Diego native Cameron Crowe is bringing his Academy Award-winning film Almost Famous to the live stage, to San Diego’s Old Globe Theatre. Starting this month, Boomers and their kids and grandkids will have a chance to see the world premiere of Cameron Crowe’s Almost Famous, the musical.

The playbill for Almost Famous sets the stage: “San Diego, 1973. Led Zeppelin is king, Richard Nixon is president, and idealistic 15-year-old William Miller is an aspiring music journalist. When Rolling Stone magazine hires him to go on the road with an up-and-coming band, William is thrust into the rock ‘n’ roll circus, where his love of music, his longing for friendship, and his integrity as a writer collide.”

Those who have seen Almost Famous, the movie, know that it’s based on Crowe’s own experiences, growing up in San Diego and trying to get backstage to meet the bands. In 1973, Crowe became the world’s youngest music journalist.

Cameron Crowe got some early assignments writing for the San Diego Door, the city’s alt-weekly at the time. In 1973, he wrote the liner notes for 101KGB-FM’s first Homegrown album. (The following year, he wrote the liner notes for Homegrown II.) In 1973, Cameron also did his famous road trek with the Allman Brothers, which resulted in a Rolling Stone cover story and the foundation for Almost Famous. He would write and edit for Rolling Stone for much of the ’70s. Then, he went back to high school, San Diego’s Clairemont High to be exact, undercover, posing as a student while researching his first book. His experiences became Fast Times at Ridgemont High. Fast Times became the quintessential teenage party movie and even made it to the halls of Congress when it was recently cited during Brett Kavanaugh’s Supreme Court confirmation.

Once he crossed over from music journalism to filmmaking, Crowe created many of Hollywood’s iconic films of the last 35 years, most notably Jerry Maguire and Almost Famous. He’s coined some of Hollywood’s most quotable lines: Sean Penn as Jeff Spicoli’s “Hey bud, let’s party;” Renee Zellweger’s “You had me at ‘Hello’;” Billy Crudup’s “I am a golden god.”

In total, Crowe has written or directed 11 films. He’s written for television. And he’s made several music documentaries including Pearl Jam Twenty and the recently-released David Crosby documentary Remember My Name. He’s authored several books including Conversations with Wilder in which he talks with director Billy Wilder about life and filmmaking. His films have won numerous Oscars, Grammys, and Golden Globes as well as honors from both the Directors and Writers Guilds of America.

This stage adaptation of Almost Famous has the ample support of the Old Globe. With a little luck and a westerly breeze, it may just make it to the Great White Way. The musical has received financial backing from over a dozen sponsors, including the Mandell Weiss Charitable Trust and the City of San Diego. A crack cast and crew include many Broadway veterans. Besides Crowe, the core creative team consists of musical director Tom Kitt and director Jeremy Herrin.

Tom Kitt wasn’t even born in 1973. But he’s more than made up for that, winning a Pulitzer Prize and two Tony Awards. His credits include Sponge Bob Square Pants, Head Over Heels, Jagged Little Pill, Grease Live!, and American Idiot. He received an Emmy Award as co-writer of Bigger!
English director Jeremy Herrin was barely a toddler in 1973 but has since become an acclaimed Shakespearian stage director with a 25-year resume in British theatre. He is currently the artistic director of Headlong, a prestigious touring company in the U.K.

Amongst the all-star cast, Rob Colletti plays El Cajon, California’s Lester Bangs. Colletti is an actor, writer, and producer with a portfolio of Broadway and touring credits, most notably The Book of Mormon. In the screen version of Almost Famous, Lester Bangs was portrayed by the late Philip Seymour Hoffman. Lester Bangs was the older music journalist, who, like Cameron Crowe, grew up in the San Diego area. Bangs and Cameron met early in Crowe’s career. And Bangs was a strong mentor to Cameron in those early years.

Almost Famous, the musical, runs September 13 through October 20 at the Old Globe Theatre in Balboa Park. Opening night is September 27. Tickets start at $50 and can be purchased online at www.TheOldGlobe.org, by phone at (619) 23-GLOBE, or at the Box Office.

The End of the Line for Mad, the Magazine That Was Satirical, Silly, and Serious