January 2023
Vol. 22, No. 4
Aging Rockers and Fixed Incomes by Paul RosengardJuly 2018
Lady Brain Presents “Home is Where the Art is” Holiday Party and Clothing Drive by Lindsay WhiteJuly 2018
How Did You Get Here? by Chuck LapinskyJuly 2018
Doors of Change: An Environment of Trust July 2018
Notes from Desert Trip by Matthew BurkeJuly 2018
Hail the Conquering Groovies! by Steve ThornJuly 2018
The Spring Harp Festival Blows into La Mesa on Saturday, March 26 by T.E. MattoxJuly 2018
MARTIN GRUSIN: A Loving Tribute from his Daughter by Aryn GrusinJuly 2018
Ballads and Blues with Jeffrey Joe and Eric Freeman July 2018
It’s your Birthday... Let’s Blow Some Tin! by Tim MattoxJuly 2018
Advertisements 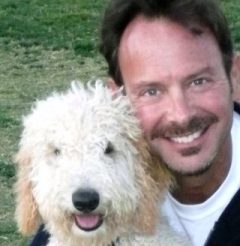 I’m 63 now and like many of my fellow boomers, grew up during a landmark time in music. In 1967 when I was 12, my parents uprooted me from my urban, big city life and friends in Chicago, and we moved into a two-bedroom, one-bathroom apartment in Chula Vista. Important life lessons went from “snitches get stitches” to “What’s a taco?” In the course of a four-hour plane ride.

It was June, I was out of school, and the sounds of summer blared from everyone’s transistor radios. Local stations like KCBQ AM played Aretha Franklin’s “Respect”–over and over again. There was “Groovin’” by the Young Rascals, “Windy” from the Association, and “Light My Fire” by the Doors. If you had an FM radio or stereo, you could listen to KPRI and songs from albums like Sgt. Pepper by the Beatles, Are You Experienced? by Jimi Hendrix, Disraeli Gears by Cream. At the time, I didn’t know 1967 would one day be known as the Summer of Love, or that more than 50 years later I would still be listening to and enjoying those songs.

The rest of the ’60s and early ’70s were my teenage years, and the classics kept coming. I remember first listening to Elton John and his album of the same name, The Band, and Crosby Stills and Nash. Each of these and so many more left indelible impressions on myself and my fellow boomers.

Fast forward to today and we still have a passion to hear these old songs done by their original artists. When we learn a person or group is in town, we hurry to buy tickets and pay exponentially more for them than we did back in the ’60s. With few exceptions (Rolling Stones, Dave Mason, Elton, etc.) some of our favorite artists, try as they may, are just not doing so well in their battle against time. Don’t get me wrong, I think it’s admirable they are in the 70s or 80s and still TRYING. They love their music like we do and want to keep playing it. But maybe some of them–ahem–shouldn’t. Or, if they do keep touring, consider aligning their ticket prices with their diminished skill sets. Allow me to suggest a few ground rules for aging rockers:

At 63, I appreciate the gift that is aging. Don’t even mind that my guitar playing and singing have regressed to a level where I don’t even want to hear MYSELF anymore. I just ask our rock heroes to do what I did. Take a look in the mirror, give yourself a good listen, and if what you see and hear disappoints you greatly, gently set your guitar back in its case, or stop charging insane prices for your concerts.

Rock and roll may never die, but listening to some of our musical legends is hurting my ears and killing my net worth.

How Did You Get Here?

Doors of Change: An Environment of Trust