December 2022
Vol. 22, No. 3
Hail the Conquering Groovies! by Steve ThornOctober, 2016
Lady Brain Presents “Home is Where the Art is” Holiday Party and Clothing Drive by Lindsay WhiteOctober, 2016
How Did You Get Here? by Chuck LapinskyOctober, 2016
Aging Rockers and Fixed Incomes by Paul RosengardOctober, 2016
Doors of Change: An Environment of Trust October, 2016
Notes from Desert Trip by Matthew BurkeOctober, 2016
The Spring Harp Festival Blows into La Mesa on Saturday, March 26 by T.E. MattoxOctober, 2016
MARTIN GRUSIN: A Loving Tribute from his Daughter by Aryn GrusinOctober, 2016
Ballads and Blues with Jeffrey Joe and Eric Freeman October, 2016
It’s your Birthday... Let’s Blow Some Tin! by Tim MattoxOctober, 2016
Advertisements 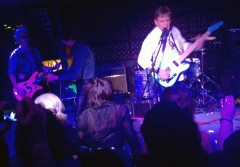 The Flamin’ Groovies at the September Casbah show. Photo by Tim Cooper. 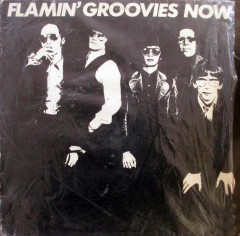 Before Big Star, the Flamin’ Groovies was a band embraced by rock critics. This meant, of course, that the group was off the radar of most American teenagers and, to use that old show business cliche, theyÂ  couldn’t even “get arrested” in most cities. Glowing album reviews and positive reportage of live performances had to be morale-boosting during low points in the Groovies’ 50-year history. But to survive, the band had to lead a a life of wanderlust, departing from their San Francisco home base for musical pilgrimages to the East Coast, the U.K., France, and enough other destinations to fill a passport. For all the touring dates, worn-out van tires and airline frequent flyer points, an unusual statistic in the Groovies’ history emerged: they had never played America’s eighth-largest city. Fortunately, this oversight was laid to rest when the band appeared in San Diego on September 2nd before a packed house at the Casbah. Hail the conquering Groovies!

The current lineup–a quartet–are united in group spirit if challenged by geography. Cyril Jordan–to the Groovies what Townshend is to The Who–still maintains his San Francisco residence. Bassist George Alexander resides in Tucson and lead vocalist guitarist Chris Wilson calls Portland home. It came to no surprise when the Casbah audience saved its loudest applause and cheers to the hometown kid, drummer Victor Penalosa, who has kept the time for the Zeros, the Phantoms, the Melanies, and scores of other musical projects.

Performing in the above lineup also provided the audience with the closest they will ever see to theÂ  five-piece band who graced the album cover of the 1976 landmark LP, Shake Some Action. (Jordan, Wilson and Alexander are shown in the iconic album photo, along with former band members James Farrell and David Wright). Focusing on the strength of the disc from 40 years ago, the group spectacularly steamrolled their Casbah set with the album’s title anthem and took the song lyrics to heart by “bust(ing) out at full speed.” When it was time for the band to perform the equally life-affirming “I Can’t Hide,” I was transported back to my ’70s university days in San Luis Obispo, when I played that song (well, really, the whole damn album) at maximum volume, much to the chagrin of some of the other apartment dwellers.

Fans at the Casbah sound hoping for the earlier, rawer blues-based version (AKA “the Roy Loney” period) weren’t disappointed either, as the band performed “Teenage Head” (dedicated to the late Kim Fowley) and “Slow Death,” a cautionary tale on excessive living.

Prior to the Groovies, the Pandoras (Kim Shattuck, Melanie Vammen, Karen Basset, Hillary Burton) growled and snarled through a well-received set. Often referred to in the LA girl group triumvirate of the Go-Gos and the Bangles, the Pandoras remain true to their garage roots. There’s no power ballad (“Eternal Flame,” anyone?) in this band’s repertoire, nor should we expect one in the future. The Loons–San Diego’s own–got the evening rolling furiously. Mike Stax’s transition as the quiet bassist in his earlier groups to his confident role as the the maracas-shaking lead vocalist is remarkable. He is backed by Marc Schroeder, Chris Marsteller, Mike Kamoo, and Anja Stax. The growth of the Loons–like Stax’s publication, Ugly Things–is part of the action shaking around this border town.