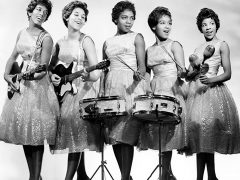 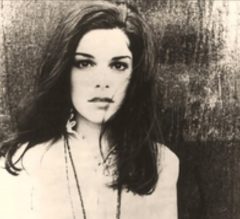 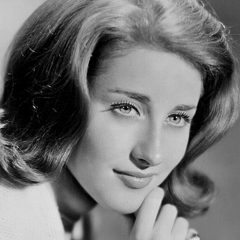 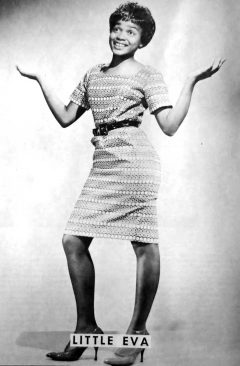 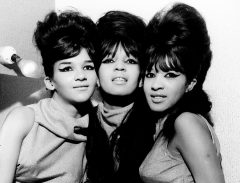 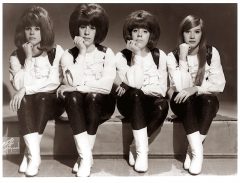 The girl group sound may be found in three factors: the sheer exuberance of the vocals, creative songwriting, and record producers in cahoots with crack groups of musicians from LA (the famed Wrecking Crew of session players), Chicago, New York, and Philadelphia.

The earliest example of a girl group record? A tough call. It would be like circling the wagons around the campfire and holding a debate on whether Jackie Brenston’s “Rocket 88” is the alpha recording of the rock ‘n’ roll era. But if it’s possible to put on the brakes on a certain date in the 20th century musical time line, the contributions of lead singer Arlene Smith of the Chantels on the song “Maybe” (1958) seems an appropriate place for jump starting the girl group era.

After “Maybe,” the flood gates opened and record company representatives searched the country for charming trios or quartets of femmes. The following categories may provide an overview.

THE GROUPS: The Ronettes (“Be My Baby”), The Crystals (“He’s a Rebel”), the Shirelles (“Will You Still Love Me Tomorrow?”), the Orlons (“Don’t Hang Up”), the Essex (“Easier Said Than Done”), the Angels (“My Boyfriend’s Back”), the Chiffons (“One Fine Day”), the Cookies (“Don’t Say Nothing Bad About My Baby”), the Shangri-Las (“Give Him a Great Big Kiss”), the Exciters (“Tell Him”), the Supremes (“You Can’t Hurry Love”), Martha and the Vandellas (“Dancing in the Street”), the Marvelettes (“Please Mister Postman”).

By no means are these definitive lists, but they serve as good introductions to the eventual treasure trove of lesser known artists out there worth hearing.

THE PRODUCERS AND ARRANGERS: Every Christmas in the mall, shoppers happily hum along to the Ronettes’ version of “Sleigh Ride” or the Crystals’ take on “Santa Claus Is Coming to Town,” most of them unaware that the artistic force behind the recordings is doing lengthy time in the big house. In 2001, famed record producer Phil Spector was found guilty of second degree murder in the shooting death of actress Lana Clarkson. Before his memorable appearance in a courtroom, donning a wig which seemed to be growing by itself, Spector was known for his famed Wall of Sound recordings, many of them featuring the best female singers around, with the superb acoustics of the Gold Star Studios in Hollywood providing the perfect backdrop. Spector’s arranger, Jack “Shades” Nitzsche, later became a legend in girl group circles, recording such memorable discs as “Daddy, You Gotta Let Him In,” by the Satisfactions and “Baby, That’s Me” by the Cake. On the East Coast, there was another free spirit: George “Shadow” Morton worked with a number of girl groups, most memorably with a very tough quartet of chicks who called themselves the Shangri-Las. Best remembered for the motorcycle epic, “Leader of the Pack,” Morton and the Shangri-Las created an impressive body of work, sounding more like soundtrack music to film noir storylines than Spector’s Wall of Sound. Songs that still resonate are “Remember (Walking in the Sand),” “I Can Never Go Home,” and the extraordinary “Past, Present and Future.” Primarily a monologue by lead singer Mary Weiss, “Past…” left an impact on both sides of the pond. Pete Townshend found the song intriguing, allowing him to visualize the story-telling potential of rock. It resulted in Townshend working on two rock operas, Tommy and Quadrophenia. And since we’re on the subject of the English…

THE BRITISH INVASION: For a musical tidal wave that brought the girl group era to an end, it’s remarkable how many British groups relied on girl group covers to get their feet into America’s door. The Searchers struck gold with “Needles and PIns (originally recorded by Jackie DeShannon),” the Hollies’ “I Can’t Let Go (Evie Sands),” Manfred Mann’s “Do Wah Diddy (the Exciters),” Herman’s Hermits’ “I’m into Something Good (Earl-Jean),” and the Rolling Stones’ “Time Is on My Side” (Irma Thomas). Before Beatle albums became totally original John Lennon-Paul McCartney works (with the occasional George Harrison tune), the Fab Four covered “Chains” by the Cookies and two Shirelles songs, “Baby, It’s You” and “Boys.” In a dressing room prior to a San Diego show in the early ’80s, Doris Jackson of the Shirelles proudly showed me her Beatles Fan Club Card signed by Lennon during an early ’60s UK tour by the girl group. “John told me the Shirelles were his favorite girl group,” said a beaming Doris. Before I leave the discussion about old Blighty, I need to mention the significant girl group contributions of Petula Clark and Dusty Springfield. “Pet” Clark had in her corner the closest British songwriter to resemble the style of Burt Bacharach: Tony Hatch. Clark and Hatch were never out of the American hit parade in the mid-’60s, creating pop music bliss with “Downtown,” “I Know a Place,” and “Sign of the Times.” Springfield’s soulful vocalizing on “I Only Want to Be With You” and “Stay Awhile” caught the attention of Motown’s Martha Reeves, who made Dusty an honorary Vandella.

POST GIRL GROUP ERA: Eventually, the girl groups advanced beyond the choreography and embraced the world of guitar and amps. The Pleasure Seekers gave the world Suzi Quatro and Fanny was another first-class rock outfit. ABBA, the initials for group members Agnetha, Bjorn, Benny, and Anni-Frid, seemed to be Sweden’s answer to the Mamas and Papas, but since most of the singing was done by the ladies, ABBA embraced the girl group spirit. Were they overplayed? Perhaps. But it’s difficult not to be impressed by the Brill Building-inspired songwriting found on “Waterloo,” “SOS,” and, yes, even “Dancing Queen.” Townshend, Ray Davies, and Elvis Costello are fans, so who am I to argue? Los Angeles bands the Go-Gos and the Bangles worked their way up through the club circuit to find commercial success, as did CBGB pioneers like Blondie.

The Spice Girls had a fine sense of fashion but their songwriting skills—or we should say the songs tossed to them—lacked the formula to make them a great girl group. The Spice Girls weren’t going to make anyone forget the Ronettes.

Notes on On the Beach by Neil Young