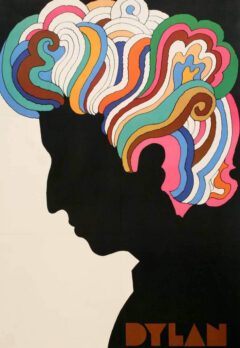 Considering this list, I’ve been attracted again to “Queen Jane Approximately,” one of Dylan’s best “list-making” songs. One the sharpest songs on his 1965 album Highway 61 Revisited, this love-sick lament is deceptively simple. It first reads as the agony of a young man moaning in the moonlight, but the closer look, the harder listen avails us a tour of the troubled sideroads and detours that a saddened person might wander. The song is a lament, a plea, the wishful thinking of a rejected suitor holding out the hope for reconciliation with a lover who has left. Dylan’s lyrics on Blonde on Blonde were the best he’d ever composed during his long and quarrelsome career, a sardonic mash-up of kitchen sync surrealism and hallucinogenic symbolism that brought the demented perceptions of Rimbaud and Verlaine into the American idiom.
The album is to be felt, not understood. It’s a visceral experience. The lyrics defy literal interpretation but still resonate with you in ways that make you think of circumstances that challenge the easy explanation. “Queen Jane Approximately” stands out for the opposite reasons; the language is simple, direct, and sharp. The lyrics, with only the lightest surreal tint attached to them, investigate a purely human experience. The stanzas are an inventory of interpersonal failures—the collapse of a world upon someone who imagined they were the center of it. Being the center of the universe is too much because gravity will eventually crush you.
When your mother sends back all your invitations
And your father, to your sister, he explains
That you’re tired of yourself and all of your creations
Won’t you come see me, Queen Jane?
Won’t you come see me, Queen Jane?
The basic idea is that we have a personality at the center of this entreaty, someone suffering the agonies of frustration; unfulfilled dreams; incredible, horrible ennui which, it seems, has been in stasis for a very long time. We are hearing someone assessing how their life has gone wrong and which choices need to be made to make it a different and more beneficial situation, a contemplation so severe that we witness, I suspect, the “paralysis of analysis.” It is the estrangement of even the most severe narcissist from the self-gratifying, self-admiring activities that gave them their most precious reason to live, which drags one to the bottom floor of their devastated justification to continue breathing the same air as the rest of us: a life in tatters, shattered, cursed with an acute view of self-designed schemes, agendas, and world-classified agendas that have failed one after another. Queen Jane, we suppose, is slump-shouldered, heavy cigarette smoker engaging in various means of self-destruction by the inch. Dylan’s narrator, a former lover perhaps, a jilted suitor who realizes what a full-blown mess this person is and yet still desires company and intimacy, and still strives to be a rock to anchor her despair on, offers himself, his fellowship, his support despite all the sharply described failures he recounts as he makes his offer.
Now, when all of the flower ladies want back what they have lent you
And the smell of their roses does not remain
And all of your children start to resent you
Won’t you come see me, Queen Jane?
Won’t you come see me, Queen Jane?
This is Dylan’s lyric writing at its best, a bit disgusted, surreal in ways that match the speechless experiences of the soul without the lard of banal introspection. There is an endearing and enduring. This is fatalism and “Queen Jane Approximately” is discreetly the song of a man who is a glutton for punishment. Even without the profession of unconditional love, there is the sense of a young man deep in his intoxication.  He imagines himself as a saint, a martyr for a more significant cause, the delicious delusion that one has an inexhaustible store of patience to accept the consequences of loving a person committed to making decisions based on self and garnering misery and self-pity as the reward. This is a preview of a tragedy under construction. The suitor being as damaged as the woman he is making his overtures.
Now, when all the clowns that you have commissioned
Have died in battle or in vain
And you’re sick of all this repetition
Won’t you come see me, Queen Jane?
Won’t you come see me, Queen Jane?
The language is a finessed balance between comprehensible plain-speak and Dylan’s penchant for surreal  details; this makes the situation plain as glass yet quaintly familiar. And the fact that the guitar and piano sound a bit sour, out of tune (perhaps) adds to the alluring strangeness. This is what one sees at the intersection of “Desolation Row” and “Positively 4th Street.”

John Densmore: An Invitation to Dance on Fire