Over the past few decades, the importance of music in film has expanded significantly as film and television has increasingly become a conduit for music lovers and tastemakers to discover new music. Thus, music supervisors or the people who “sync” music against a “visual medium” (the film or television show) are some of the most coveted players in the industry today.
Often overlooked, film scores have been an important aspect of movies since the inception of filmmaking. Film composers create the musical score that accompanies a film, which is based on the direction given by the director and specifically tailored for what is happening on screen. From Jurassic Park to Star Wars, composers write original scores that can have a massive impact on how film is perceived overall as a work of art. 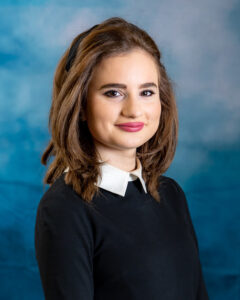 Recently, I sat down with my friend and fellow attorney Haley McCullough, who is a contract administrator in the Participations Department at Metro-Goldwyn-Mayer Studios Inc. (MGM) to get and insider’s perspective on how deals can be constructed with composers in film.
How does your role at MGM overlap with the music business?
In a typical movie, a production studio will contract with various “participants” for their services regarding their specific role in a film. Film composers typically work on a work-for-hire basis with a studio, outside the participants, meaning that they will produce a work for a film but will not own rights to that work. The participants, such as actors, actresses, directors, and producers, are the main players in a film and receive some sort of backend compensation, also known as contingent compensation. For example, in a box office bonus structure, a participant will be paid once the movie starts making a certain amount of money at the box office. This part of the contract is separate from their “fixed” compensation, which is the lump sum payment payable to the participant for providing services (acting, directing, writing, etc.) for the film. So, in a standard contract with a production studio, a participant will receive both fixed compensation and backend compensation. In many cases, a film may never reach the minimum threshold to receive box office bonuses, and in these cases a participant will not receive any backend compensation at all. When it comes to music, artists are not usually considered participants and will not have these types of theatrical deals. Instead, their contract will be negotiated within the music department of a studio, which usually deals with licensing and clearance. 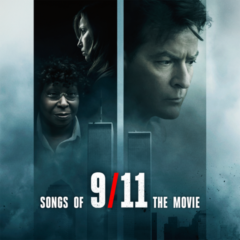 Soundtrack album cover for the movie “9/11,” released by Pacific Records.

However, in some cases, big name composers have enough clout to negotiate for back-end compensation in their contracts too and receive payout if the movie is successful. However, these situations are extremely rare for artists and composers. Most composers never receive back-end compensation and may be unaware that this type of compensation exists, especially if they are new to the industry.
What do you think of one-stops?
A “one-stop” clearance refers to a situation where 100% of master rights and 100% of publishing rights are administered by the same entity. One-stops make licensing deals much simpler, as there is no ambiguity as to who owns the master or the composition. This is extremely useful and attractive for music supervisors, who are seeking to license a track, often within a restrictive timeframe that does not allow for the time and effort to track down multiple rightsholders. While it would be the ideal situation for an artist to own their own master and publishing rights, this is often not the case.
What is metadata and how is it related to licensing?
It is important for every artist to understand what music metadata is and how to properly record it. Music metadata is any content that is electronically embedded into a digital audio file. When it comes to licensing, it is essential that an audio file of a track includes payment metadata (music identifier codes such as ISRC and ISWC), descriptive metadata (song title, release date, genre, album art, lyrics), and ownership metadata (authors of the recording such as producer and performer) to properly record various rights holders. Since there is neither a universal standard nor a comprehensive cataloguing system for verifying music metadata, licensees expend significant effort tracking down copyright holders. While there are hopes for the music industry to become more organized in terms of metadata in the future, it is essential for artists to make an effort to record and track their own metadata today. For example, if the artist fails to properly record their metadata within their audio file, they may run the risk of losing out on royalties or missing their next big “sync placement” in a film or TV show.
Do you need to be in LA or New York to make it as composer or musician in America?
Short answer—it depends, but being in LA or New York certainly helps. While technology, social media platforms, and digital streaming have opened the doors to remote working and the opportunity for the “bedroom producer” to hit the charts, nothing can replace the human-to-human connection of networking in the music metropolises of LA or New York. In many ways the industry is still based on connections and your confidence that you are the master of your art. Furthermore, given the various stakeholders that are involved in music production, even the most talented artists must surround themselves with a team that can be in close physical proximity. For example: a talented producer with a quality track has full capability to upload and release a recording on Spotify. However, without an effective team to guide him through a formal release plan, navigate the complex world of playlisting, and implement a well-thought out advertising scheme, the artist may lose out on the success of a track. Most labels, publishing companies, booking agencies, and other entities that help with these issues are located in either New York or LA; surrounding yourself with the experienced people you need is more difficult the farther you are from those hubs. 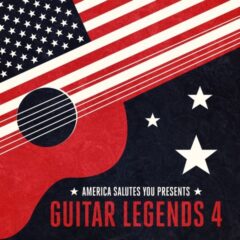 As you know most of our readers are musicians and composers. Any advice you’d like to share that we haven’t covered?
First and foremost, understanding your rights as an artist is probably one of the most essential and invaluable bits of knowledge to have. Knowing what metadata is, ensuring that all information is stored accurately in your audio files, and registering your songs with the proper organizations are essential tools that should be in your toolkit. As far as getting your music recognized by a music supervisor or getting your foot in the door as a composer, those are very hard doors to open and, again, it’s all about relationships. Try to work with other creators, artists, and like-minded people that are a little further ahead of you or have relationships like those you’d like to have. Instead of focusing on getting your name noticed by the biggest name producers or music supervisors, put the majority of your efforts in collaborating with other creators who are also getting started and who are willing to create quality content with you and build gradually.

About Brian Witkin
Brian Witkin runs a boutique entertainment law firm in San Diego. He is also a musician, producer, and CEO of Pacific Records. Brian has spent nearly two decades in the record business and is a Grammy® Voting Member of the Recording Academy. Brian’s father, Joe Witkin, was the original keyboard player of Sha Na Na, who performed at the iconic Woodstock Festival in 1969.
Note: This article is for general informational purposes only and does not establish an attorney-client relationship. The information is deemed reliable but not guaranteed. Every situation is different, and the general information contained in this article may not apply to your specific situation. The author and publisher assume no responsibility for actions taken based upon the contents of this article. Seek the advice of counsel for your specific situation.
©Law Offices of Brian A. Witkin 2022.

What Paperwork Should I Bring to a Recording Session?