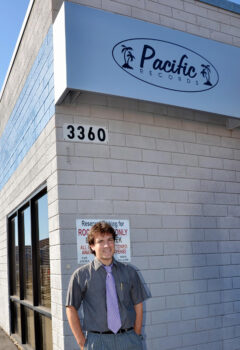 Brian Witkin, standing in front of the offices of his record label, Pacific Records, 2014.

Getting signed to a record label is (and has been) the proverbial dream for many aspiring recording artists. However, what does the term “signed” mean? And, perhaps even more important, what exactly does a record label do?

Back in the day, record labels held the key to recording music because recording an album was a scientific, prohibitively expensive process. As a result, companies with deep pockets were the only way for musicians to record a commercially viable record. Today, professional recording equipment has become readily available; consequentially, any recording artist—with a modest budget and the willingness to learn—has the opportunity to record a professional record relatively cheaply.

Modernly, there is a wide and varying range of record labels that provide services to artists in exchange for their rights in return. In many ways, major label deals can look very different compared to independent label deals; however, the role that a label plays, generally speaking, is still the same.

WHAT LABELS DO GENERALLY 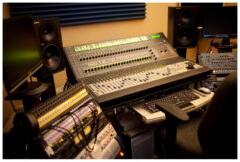 Whether a record deal is right for you depends on who you are, where you’re at in your career, who the label is, what they have to offer, and what rights you are expected to give up in return. When you’re presented with a recording agreement, hire a music attorney to be sure you understand the rights you’re giving up.