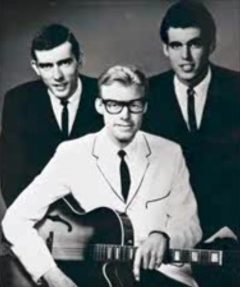 Jody Reynolds and the Storms. 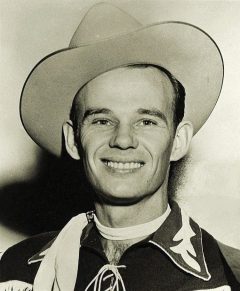 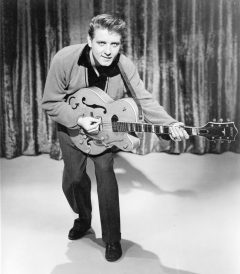 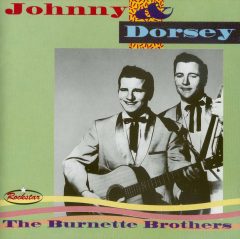 There used to be a club on First and C Streets in downtown San Diego called the College Inn that was a long-time home to country music, country boogie and swing, and rock-a-billy. The audience was mostly navy and a few of us who came for the music. I remember seeing Merle Travis, Roy Hogsed, and Johnny Hammer and the Fireballers, but in the late 1950s I was taken with a band called Jody Reynolds and the Storms who had a hit record called “Endless Sleep.”

There was a haunting quality to the tune and a sadness in the voice that appealed to me, but the sound of that guitar made the recording one of my favorites. I remember Jody on stage referring to his guitar player Al Casey as “the king of the teardrop rock guitar.” I talked to Jody about a year ago when he and Al, still playing together, were at the Adams Avenue Street Fair.

“It took me two years to interest anyone in recording it. I got turn downs from Capitol, Dot, Liberty, Decca, and Challenge, but finally Demon Records and Goldstar Studios in Hollywood took a chance with me. I used to hang out at the Copper Skillet and Coffee Dans in Hollywood with other Goldstar Studio artists like Eddie Cochran and Richie Valens.” And that brings us back to the College Inn.

It was sometime in 1958 or so, and by that time Dexter Sykes and I had heard Jody playing locally two or three times, I think at the Swiss Park in Chula Vista. I had even seen him along with Dorsey and Johnny Burnette and Bob Luman on the Town Hall Party television show out of Los Angeles, but this was the first time since the “Endless Sleep” record came out.

I should point out here that I was about 17, but the College Inn was a navy hangout and no one checked for IDs much in those days. Besides, Dexter and I were both more interested in the hot licks on stage than we were in the watered-down beer at the bar. This night we weren’t going to be disappointed. After an opening set by Johnny Hammer and the Fireballers, the Storms took the stage with Jody Reynolds and Al Casey, but the rest of the band were familiar, too. They were Eddie Cochran, Johnny and Dorsey Burnett, and Richie Valens: the whole Goldstar Studio crowd. I had seen them all on Town Hall Party (one time even in person) and I was pretty impressed, but it would be a few years before I realized that rock ‘n’ roll history was being made in a small club in San Diego, and I was there watching it. I talked to Jody and Al Casey about their memories of those times.

Al said, “We all used to play in each other’s bands when we had the time. Joe Maphis, who was mentor to all of us kids, always told us to ‘pick with everybody you can, especially those who are better than you. You never know when you’ll be picking up a lick and don’t even know it.” Jody chimed in, “Everyone wanted to pick with Al. He was the guy who sort of created the style we all worked around. Everybody wanted Al to pick behind their singin.’”

Eddie, Richie, and the Burnettes are long gone, but Jody and Al are still on the road with pianist Bobby Craig and still sounding good. You can reach them c/o Suntide Music, Box 384, Palm Springs, CA 92263. It was a real treat to have them play at the Adams Ave. Street Fair. So often the rock ‘n’ roll scene here in town ignores its country and rockabilly roots. They ought not to do that.

Note: Reprinted from the November 2001 issue of the San Diego Troubadour when Reynolds was still alive.

How to Produce a Wild Street Fair