Considering that the Adams Avenue Street fair happened last month, I wanted to share some thoughts from Lou Curtiss about the Street Fair 20 years ago. This article is reprinted from November 2002. That’s a long time ago and the Street Fair is still going strong!

I grew up watching all those 1930s movies in which James Cagney, Dick Powell, and Ruby Keeler worked hard with almost no money to put a show together. The show almost doesn’t happen, but at the last minute everything sort of comes together, after which they wait breathlessly for the reviews to come in, and the show is a hit, and everybody kisses and sings the finale.

So, we just finished the 21st Adams Ave. Street Fair and I’ve been holding my breath ever since. No one, not the Union-Tribune, not the Reader, or anyone else has bothered to do a review—not of the bands, the organization, not even the most interesting bratwurst that was sold. So, here’s an extremely biased few thoughts from the guy who put the music together: me—on how it all came down.

I’m like the guy who comes up to me at every festival I do and tells me that this is the best one yet. I know in years past we’ve had some amazing music. Unfortunately, some of the folks who made those festivals great weren’t with us this year (most notably my good friend Buddy Blue), but, in spite of all that, Street Fair 21 came off as one of the best. The music covered quite a few bases, ranging from the tongue-in-cheek radical rock of the Red Elvises to the grandfather rock of Charlie Ryan, who had a hit with his song “Hot Rod Lincoln” back in 1958 and has been playing country music, honkytonk, rockabilly, and his own brand of talkin’ blues since the early 1940s (that’s over 60 years in the music biz). 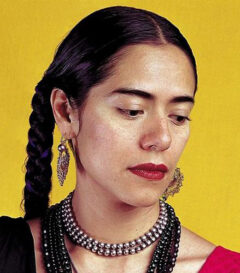 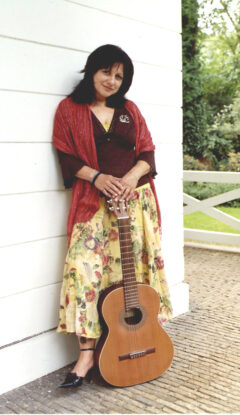 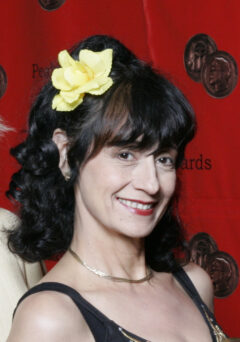 Lila Downs was fabulous in spite of a half-hour-long delay while the techs got her sound balanced. It was worth the wait. My only beef with her set was a too-loud electric bass that tended to drown out some of the other instruments. A stand-up bass (acoustic) would have been a better choice. Lila’s voice and choice of material knocked me out. Tish Hinojosa, who likewise played acoustic delivered a set that was pleasing to my ears. I didn’t get to hear Rosie Flores (the third member of this year’s troika of Latino Ladies), but the feedback was certainly positive. Wouldn’t it have been great if we could have gotten Lila, Tish, and Rosie to preside over that workshop—to sit down and talk about their music and what it’s like to be a woman, a Latina, and a working musician on the road—rather than myself, George Varga, or Bart Mendoza doing it. Or we could have sat Charlie Ryan down and talked to him about a lifetime as a musician. The workshop idea is a good one, but to be held in the morning and, to actually draw a crowd, it probably has to have some celebrity appeal. Not that George and Bart aren’t celebrities and certainly I am, but you must admit that Lila, Tish, and Rosie would have drawn a bigger crowd at 10 in the morning. The problem is talking them into it.

We seem to be able to talk musicians that come to the Roots Festival into staying around and being part of the scene on stage and off, but that doesn’t happen as easily at the Street Fair. Maybe we should consider bringing in more musicians, especially the out-of-towners, to do more than one set and commit to a workshop as well. If they had to be here awhile between sets, we might get to know them better (we, who put this thing on, and particularly the local musicians who might even get to talk music with them). I always dream about two well-known musicians getting together to jam on stage, but I also understand how rare that is. In fact, in the 35 years I’ve been doing music festivals, I’ve only seen it happen on stage once or twice.

Back when the festivals were held at San Diego State (1967-1987), Montezuma Hall served as the main stage, and the Back Door coffeehouse downstairs was used as an exclusive place for musicians to jam and warm up. This resulted in some all-night jam sessions that I still dream about with people like the Balfa Brothers, Sam and Kirk McGee, Ray Parks, and Vern Williams jamming with Hazel Dickens and Alice Gerrard, Benny Thomason and 15 or 20 fiddlers, Robert Pete Williams and Thomas Shaw playing some blues together, and so many others. Not nearly often enough did any of these combinations ever get up on stage.

At any rate, my biggest beef about any of the festivals I’ve put together is that I don’t get to see enough of them. I’ve had some people like Bob Pillow and Richard Schurch help me tape and, more recently, videotape many of the festivals, but their energy is kind of petering out. I need to find other people with videotaping experience who might be willing to make me copies of their videotapes (particularly of the Roots Festivals). You can call me most any day at Folk Arts Rare Records. It’s important for historic preservation that a more or less complete record be compiled. I guess that’s about it this time around. See you on the radio (Jazz Roots, Sundays at 9 p.m. on KSDS-88.3 FM), on the Web (The Melting Pot on www.worldmusicwebcast.com Saturdays at 8 a.m., Sundays at 1 p.m., and Thursdays at 10 p.m.), at the Roots Showcase at Lestat’s Coffee House on the third Friday of each month beginning at 7 p.m., or right here within the pages of the San Diego Troubadour. Be real good to each other.

Jody Reynolds and the Storms

Before Tomcat Came to Town