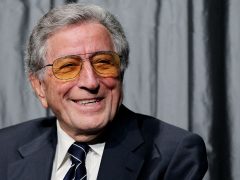 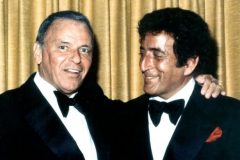 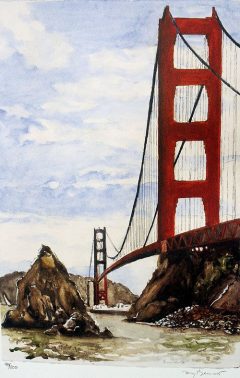 Grow old along with me! The best is yet to be, the last of life, for which the first was made. Our times are in his hand who saith, A whole I planned, youth shows but half; Trust God: See all, nor be afraid!
―Robert Browning

A nagging question sometimes rolls around my head as I see today’s youth-centered culture. Is artistic success and creative growth only for the young? Do we, indeed, burn out, fade away, and rust down to nothing in the inevitable impermanence of life? It comes in various forms as I speed my way through television streams, social media, and music promotions focusing on the success of young artists. This is the way it must be in the larger scheme of things. Life does run in cycles and a way must be made for the young. But, the difference today from times past is that we have developed short-term memory for legacies of the great ones who have come before. This is the way it feels in today’s modern popular music culture. In a world where Lady Gaga is a veteran I have to wonder, where have all the legends gone?

Then, there are those icons, the ones with talent and gifts to spare, who simply refuse to be tucked away in a safe corner of an aging vintage house covered in the dust of times past.

Today’s most significant popular music icons have been busy in recent years, keeping us aware of who they are. They sell-out arenas and stadiums. They play self-created live music for the sake of the music alone without visual effects. As artists like Paul McCartney, Ringo Starr, Van Morrison, Neil Young, and the Rolling Stones near 80 years, they actively record and tour as they find new horizons for their art and, most important, for their connection with audiences who remember and for some who discover them anew.

At 93, Tony Bennett is leader of the pack of these active senior icons of the music industry. He could be called the Picasso of jazz, having continued to be creatively active well into his 90s. Picasso was active until the day he died at 91. In the world of music Tony Bennett is a walking miracle. He has defied time and age. All of this plus he is a gifted painter who signs his work with his family name, Benedetto.

Early in 1950, near the dawn of a new post-war era in America, Anthony Dominick Benedetto followed his own unique muse in song. He was gifted with a rare voice that allowed him to fit comfortably in the style of the day’s jazz singers and crooners. But it was not a direct path from boyhood to becoming a professional singer. In 1944, the war in Europe was drawing to a close. Bennett was drafted and would soon find himself on the frontline battle zones having what he has termed a “front-row seat in hell.” During that time he was nearly killed. The experience made him a devout pacifist. Later he would write, “Anybody who thinks that war is romantic obviously hasn’t gone through one. It’s a nightmare that’s permanent. I just said, ‘This is not life. This is not life.’” At the end of the war he was among those who liberated a Nazi concentration camp where American prisoners of war were held.

It was during the occupation of Germany that he began to sing with the 314th Army Special Services Band. Upon returning to the States he enrolled in the American Theater Wing (a New York City-based organization dedicated to supporting excellence and education in theatre) on his GI Bill, where he learned the disciplined bel canto method of singing. Upon being invited by Pearl Baily to open in Greenwich Village, a show Bob Hope attended, he was invited to tour with the great comedian. It was during this time Benedetto would shorten his name to Tony Bennett. From this point in 1949, his trajectory was set toward musical heavens. And even there have been descents and turns along the way, there’s been no looking back.

In 1951, the first era of his recording career began. Bennett took advice from Mitch Miller to “not imitate Frank Sinatra.” He became known for his radio-friendly pop songs. He first hit the charts with the Miller produced, Percy Faith arranged “Because of You.” But it was his single version of the Hank Williams song, “Cold, Cold Heart” that would prove a game changer for both Williams and Bennett. It also provided an unlikely union between mainstream pop and country-western music. This was a first in American music. Country music was insular and roped off from mainstream pop music, which regarded country as backward. This changed because of the willingness of Williams and Bennett to take a chance. The song became a #1 international hit. Today the recording is credited with giving country-western music a wider audience.

According to Allmusic.com’s writer Bill Janovitz, “That a young Italian singing waiter from Queens could find common ground with a country singer from Alabama’s backwoods is testament both to Williams’ skills as a writer and to Bennett’s imagination and artist’s ear.”
The legendary story that began to circulate had Hank Williams telephoning Bennett and saying, “Tony, why did you ruin my song?” But it was a hoax staged by friends of the singer. In fact, Hank Williams loved Tony Bennett’s version of his song and played it constantly on jukeboxes while he was on the road.

In his autobiography, The Good Life, Bennett tells of playing “Cold, Cold Heart,” at the Grand Ole Opry. The singer brought his charts for the pop arrangement of the song. The Opry musicians turned down use of the charts saying instead, “You sing and we’ll follow you.” According to Bennett they did so expertly.

Tony Bennett still tells the story of the phone call from Hank Williams when he performs the song in concert. He has also performed it with Clint Black and Tim McGraw. Bennett followed “Cold, Cold Heart” with his original version of the classic pop song “Blue Velvet.”

In 1955, Bennett recorded the album Cloud 7 and revealed his love for jazz. This brought his artistry and popularity to new heights. In 1957, his album, The Beat of My Heart, found him in the studio with well-known jazz players Herbie Mann, Nat Adderley, Art Blakely, and Jo Jones. By 1958 he became the first male pop vocalist to sing with the legendary Count Basie Orchestra.

His success continued throughout the ’50s and into the early ’60s with a successful club act that would later be moved to Carnegie Hall.

It was the 1962 release of “I Left My Heart in San Francisco” that cemented his status as one of the great musical stars of the era. The ten-year-old song was originally intended to be recorded by an opera singer. Instead it gave Bennett his signature song, which remains his favorite to this day. The song reached gold record status and won Grammy Awards for Record of the Year and Best Male Solo Vocal Performance. In 2001, it was ranked by the RIAA/NEA(Recording Industry Association of America/National Endowment of the Arts) as 23rd of the most historically significant songs of the 20th Century.

By 1964, with the arrival of the Beatles and the British Invasion, Tony Bennett’s commercial fortunes began to wane. It wasn’t until the early 1990s, after a decline into financial crisis and recovery from cocaine abuse, that he began to climb again back to the musical heavens he had once occupied. With the help of his sons, he shed the Las Vegas image and started playing to a broader and often younger audience. In 1992, he was discovered by the MTV generation as he recorded the hit album MTV Unplugged: Tony Bennett. The album gave him a Grammy Award for Best Male Vocal and was awarded Album of the Year. Elvis Costello and k.d. lang also appeared on the sessions, which served as a reminder that it was Tony Bennett who initiated one of the first cross-genre collaborations with his friend, Hank Williams in 1951.

Today, Tony Bennett, at a spry 93 years old, maintains a consistent tour schedule with the support of family and to great affection of his millions of fans. His international legacy continues to grow.

It’s hard to believe that the young waiter from Queens, New York, who risked his life for his country at the end of World War 11 and who crooned pop hits in the early 1950s, has reached heights that could be viewed as even higher than his musical hero, Frank Sinatra. It was the Chairman of the Board who, in a 1965 interview with Life magazine said, “For my money, Tony Bennett is the best singer in the business. He excites me when I watch him. He moves me. He’s the singer who gets across what the composer has in mind, and probably a little more.”

As the now-aging icons from the 1960s continue their own legacies and re-write the book on artistry as they grow older, they have a road already paved by Anthony Dominick Benedetto, one of the finest singers of the last 100 years.

The Electric Arch Spans the Continent