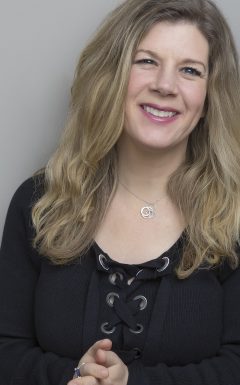 Dar Williams has long traveled the troubadour-activist path, which is well-known. A close look at the footprints she has followed reveals her fellow travelers, teachers, and mentors with names like Pete Seeger and Woody Guthrie, who lay mortal beneath the dust of time. Her travels will not allow them to be forgotten. But she has walked the borderline between popular success and a desire for a deep connection with her earthbound muse, which calls her to a rooted place where heaven and earth meet. It is the place where her two passions come together, a place of songs and action that make a real and positive difference to the world that surrounds her. Her activism has been an effective positive force in American culture. Her music has carried a gifted sense of universal grace and contemplative beauty. The two are bound together in a way that is unique to singer-songwriters in America today.

During our interview she was sipping tea in the warmth of her Hudson Valley home in New York, the ground outside covered with snow. As we spoke the American continent between us was lighting up with controversy over the presidential impeachment. Our conversation did not take a turn toward any such current event.

Williams wanted to talk about the new life that has slowly been rising around the country in spite of the divisive left and right-wing hyperbole that dominates public discourse via social media. Her world view was captured in 2017 in the aptly and elongated-titled book, What I Found in a Thousand Towns: A Traveling Musician’s Guide to Rebuilding America’s Communities-One Coffee Shop, Dog Run, and Open-Mike Night at a Time (hereafter known as A Thousand Towns).

The popularity of the book sent Williams on a book tour to many of the communities that had inspired her to look further into the suburban growth. What she found in these unique communities she describes as “positive proximity.” The book’s reviews have been stellar. If she has her way, positive proximity will replace today’s political controversy, stirred by the darkest era in modern history. A Thousand Towns may do just this.

According to the New York Times:

“The popular folk singer and songwriter Dar William’s new book is not another endless parade of music memoir. Having performed around the United States for so many years, Williams writes about how she believes towns can best thrive in an age of economic and environmental struggles…. [What I Found in a Thousand Towns] reads as if Pete Seeger and Jane Jacobs teamed up, more a report from the Green Party than the green room.”

“What I Found in a Thousand is a thoughtful and passionately explored journey of how American towns can revitalize and come to life through their art, food, history, mom-and-pop business, and community bridge building. Dar Williams gives us hope and vision for the possibilities of human connection.”

A Thousand Towns grew out of Williams’ curiosity about the signs of life, sprouting over the years like so many wildflowers in America’s small towns despite the turn away from progressive values in our national political life. A Thousand Towns was released in 2017 at the onset of the current Administration when progress seemed like a remote possibility. The cities and towns of America had been in decline since the beginning of the Reagan Era when the divide between the classes became more and more pronounced. The Small Town America began a long decline. At least, at first glance it did. But, Williams’ book points to more optimistic signs of life along the way.

At the beginning of the 2010s Williams saw unique signs of life growing among local businesses, community service organizations, and neighborhoods. She made a unique distinction between unity and collaboration based on a paradigm that she coined—positive proximity. This is people finding paths to growth through a positive collective intuition in the community paired with collaborative action. It doesn’t matter how a person voted, what their religion may be, or their ethnic background. What matters most is the magnetic draw of diverse in groups and individuals, but it is not about unity(which suggests uniformity). It is about collaboration in the community with a sense of good will that draws people of all backgrounds and experiences together. What results is a place where people go for shelter from the storm of social oppression and subtle fascism found in today’s socio-political culture. Her website says it best.

“What I Found in A Thousand Towns is more than a love letter to America’s small towns, it’s a deeply personal and hopeful message about the potential of America’s lively and resilient communities.”

Williams illustrates positive proximity in her travels through towns like Beacon, New York; Moab, Utah; and Wilmington, Delaware, where she joins the townspeople in their libraries, city halls, coffee shops, bars, and performances at open mic nights. What defines her experience she makes clear the possibilities that happen at these kinds of events and gatherings.

What undergirds insights and discoveries that make A Thousand Towns such an important read is a songwriting career that has added a new dimension to America’s folk and pop music legacy. Since 1993, she has independently released a series of insightful albums, using beautifully layered haunting pop textures with carefully crafted lyrically driven songs. Her first albums, The Honesty Room and Mortal City define best her visions and stories. The title song of Mortal City, which also closes the album, portrays an intimate apocalyptic tale of an inner-city first date during an ice storm. It is a soulful confessional that in seven minutes captures what most short stories and independent films strive to do only to collapse under the weight of their own pretensions. But this song unfolds into something compassionate and revealing about Dar Williams’ world view. Even as a storm rages outside, together within our souls—even strangers’—we can find compassion for each other and our world. It is a gateway to the depths of Dar Williams approach to life and work. She is an activist and singer-songwriter who lives her compassion in the most intimate way, to the core of her being.

During our conversation, as she described her upcoming release—her first album in five years, due later this year—she said there is a thread between her intimate songwriting and her work on projects with communities. It is this personal touch that brings her two passions together. However, this does not involve “We Shall Overcome” type of songs as much as living each day in the moment with a close eye toward beauty, empathy, compassion, and daily insights. At times the listener may hear echoes of early Joni Mitchell, but she also allows some of Randy Newman’s playful humor too sneak into her lyrics at times. Dar Williams has cultivated her own unique voice that brings together her desire to create a better world—or perhaps even just to discover the beauty of the world that’s here among us. It is this ability to join what is best in our singer-songwriters and community activists, which define her as one of the finest living singer songwriters today.