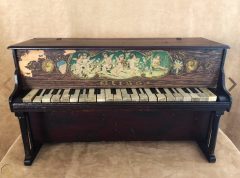 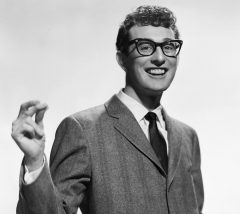 Buddy Holly made use of the celesta in his song “Every Day.” 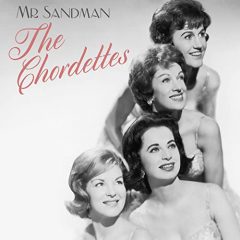 The Chordettes had a hit with “Mr. Sandman.”

The celesta gets its name directly from the French word for “heavenly” (celeste). And the first time you hear it, it is heavenly!

Maybe you first heard it on the flip side of Buddy Holly’s premiere single. Holly’s producer happened to have a celesta in the studio and Mrs. Vi Petty (the producer’s wife) offered to play a heavenly “Every Day” refrain for the session.

Perhaps you first heard it when the Chordettes were hoping that “Mr. Sandman” would send them a dream. The celesta on that recording is a melodious blessing toward bliss.

You’ve heard it each time Mr. Rodgers put on his sweater. The celesta plays to announce the start of the show and that was his cue to sing a welcome song directly to you! Bonus celesta in the show: it plays when the little train trollies around.

Film composer John Williams made sure you heard it in some of the dreamier Star Wars moments—and in the first two Harry Potter films, you certainly hear a celesta from the orchestra as Hedwig the Owl’s lullaby theme.

When Gene Wilder sang “Imagination” in Willy Wonka and the Chocolate Factory, a celesta was there to take you there!

A lot of film composers “borrow” Camille Saint-Saens’ virtuosic “Aquaurium” bell solos (from Carnival of the Animals) and have a celesta soloist shamefully but ever-so-beautifully re-imagine the moment anew yet deja-vu…(as long as you steal from best people.) Here’s a sound clip from that dreamy piece by Saint-Saens.

Earl Hines was the first to use the celesta in jazz settings, in 1928, and this ended up benefiting Louis Armstrong on some recordings. Fats Waller brought further fame to the instrument in the 1930s by simultaneously playing the piano with his right hand and celesta with his left! Duke Ellington also welcomed a celesta into some of his work.

Some contemporary artists who employed celesta in their work include:

For most, the first time they heard a celesta was in Tchaikovsky’s Nutcracker ballet, during the “Dance of the Sugar Plum Fairy”: 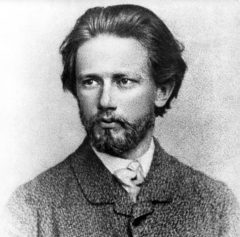 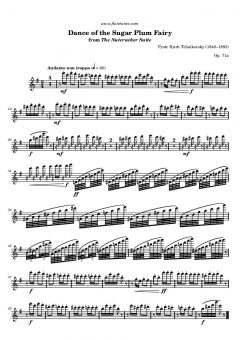 Score for “Dance of the Sugar Plum Fairies” from the Nutcracker ballet.

The celesta was a new (circa 1886) instrument and Tchaikovsky was desperate to be the first of his peers to premiere it. The composer visited the Mustel family’s shop in Paris and was impressed with their invention, the celesta. The sound projection was appropriate for larger concert halls and the keyboard was very workable from a performer’s standpoint. Above all, it was heavenly. The sound was a wonder of wonders. The composer immediately sent a frantic letter, asking his music publisher to arrange for a purchase (1,200 francs) and for confidential shipment to St. Petersburg. Tchaikovsky was particularly anxious to hide this glorious secret weapon from his two main rivals, Rimsky-Korsakov and Glazunov. Tchaikovsky’s use of the celesta was an absolute sensation in The Nutcracker.  Many classical composers followed with further orchestral use, especially during the Impressionism era with Debussy and Ravel.

The keyboard of a celesta looks standard and piano-like, but inside the console is a patented array of mellowing felt hammers, vibrant bell-tone plates and super-enhancing wooden resonators for each plate, which are crucial for the celesta’s distinctive sound production. The sound carries. The sound floats. The sound lingers. And, in live settings, the sound affects your body as it passes through you.

Auguste Mustel invented the celesta but his father, Charles Victor Mustel, developed the forerunner of the celesta, the typophone, in 1860. This instrument produced sound by striking tuning forks (instead of the metal plates of the superior celesta.)

The typophone produced a sweet, delicate sound in a similar manner to the “dulcitone,” which was invented, at about the same time, in Scotland.

Smaller 1900’s celestas that are overlooked in storage or in place as novelties in older band rooms are not really celestas, but merely keyboard-glockenspiels with hammers striking metal. Even those models can be delightful, though! If you come across one, let me know!

One can still come across vintage acoustic keyboard instruments that utilize oversized tuning-forks as the source of sound. These are charming instruments, and are a welcome celesta substitute, but they’re probably meant for very small halls and small ensembles, as the sound doesn’t carry well.

Difficult glockenspiel solos from earlier eras are now often played on the celesta. For instance, in Mozart’s The Magic Flute, the bird-catcher aria is so hard to perform on a glock! Mozart encouraged builders to transform the glockenspiel into a keyboard-controlled instrument for that opera and there was some success…but those particular experimental models did not stand the test of time. Fortunately, there are some great glockenspiel players in town for that very solo—and yes, I’m talking about you, Heather Barclay!! For the rest of us, we’re lucky to have the celesta upon which to rely.

Time to Listen?
If you have extra time to listen to recordings in December during this pandemic, keep your ears open for a celesta.  Many Troubadour readers have a holiday ritual involving Tchaikovsky’s Nutcracker ballet. Be sure to share celesta fun facts with your family when watching or listening to a recording of the ballet this year. And Happy Holidays to You and Yours!

Scott Paulson is a monthly columnist for the San Diego Troubadour.  He’s also the silent film curator at the La Jolla Historical Society, a live radio drama host at WsRadio.com’s “Ether Tale Radio Theatre” and an exhibit and events coordinator at the UC San Diego Library.

Paulson is also the University Carillonneur at UCSD, performing commissioned works and fulfilling song requests for the clock chimes atop Geisel Library. As a travelling and performing exhibitor, Scott presents themed shows involving everything from toy pianos to miniature paper theatres to vintage multi-media and electronica-of-interest.
Related Topics:
Up Next