December 2022
Vol. 22, No. 3
Songs I Wish I Wrote - Sean Watkins January, 2015
Lady Brain Presents “Home is Where the Art is” Holiday Party and Clothing Drive by Lindsay WhiteJanuary, 2015
How Did You Get Here? by Chuck LapinskyJanuary, 2015
Aging Rockers and Fixed Incomes by Paul RosengardJanuary, 2015
Doors of Change: An Environment of Trust January, 2015
Notes from Desert Trip by Matthew BurkeJanuary, 2015
Hail the Conquering Groovies! by Steve ThornJanuary, 2015
The Spring Harp Festival Blows into La Mesa on Saturday, March 26 by T.E. MattoxJanuary, 2015
MARTIN GRUSIN: A Loving Tribute from his Daughter by Aryn GrusinJanuary, 2015
Ballads and Blues with Jeffrey Joe and Eric Freeman January, 2015
Advertisements 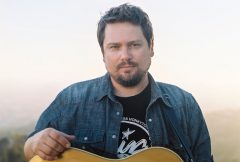 Sean Watkins (founder/guitarist of Nickel Creek) will be performing tomorrow night (Thursday, January 8th) at The Casbah.Â He is touring this year to promote his latest album, All I Do Is Lie, which marks his first full tour in support of a solo album. Folk fans are well aware of the story behind GRAMMY-award winning Nickel Creek, but this tour and album marks a new chapter.

“It’s a culmination of the past 10 years,” Watkins says of the record. “It was born out of a drive to step out of supportive roles in bands. I do like backing up other artists, but in the last couple of years, I’ve started owning my own personality as a musician. I’ve had the urge to put my name on something and step out of the supporting role.”

We invited Sean to take part in one of our recurring artist blog series, asking him which songs by other artists he wishes he could have written. Check out his answers below!

1. The Way it Will Be – Gillian Welch
“I’m still as moved and blown away by this song now as I was the first time I heard Gill and Dave do it on the cabin stage at Merlefest 10 or more years ago. It’s truly genre defying. It could be an old time song, modern indie-rock anthem or classic rock staple. It’s just a perfect song.”

2. Bottle Up and Explode – Elliott Smith
“Elliott was and is one of the greatest songwriters of our time and this song perfectly encapsulates what I love about his writing – with its undeniably catchy melody over deep, dark and thoughtful lyrics.”

3. God Only Knows – The Beach Boys
“I realize this song would make a lot of musicians list of songs they wish they’d written but there’s a good reason for it. It’s a pop song with unparalleled harmonic complexity. It’s at once fun, soothing and surprising.”

Happy Traum and Chris Clarke to Perform in Poway