February 2023
Vol. 22, No. 5
San Diego Musician Dawn Mitschele to Release Fan-Funded EP July 2013
Lady Brain Presents “Home is Where the Art is” Holiday Party and Clothing Drive by Lindsay WhiteJuly 2013
How Did You Get Here? by Chuck LapinskyJuly 2013
Aging Rockers and Fixed Incomes by Paul RosengardJuly 2013
Doors of Change: An Environment of Trust July 2013
Notes from Desert Trip by Matthew BurkeJuly 2013
Hail the Conquering Groovies! by Steve ThornJuly 2013
The Spring Harp Festival Blows into La Mesa on Saturday, March 26 by T.E. MattoxJuly 2013
MARTIN GRUSIN: A Loving Tribute from his Daughter by Aryn GrusinJuly 2013
Ballads and Blues with Jeffrey Joe and Eric Freeman July 2013
Advertisements 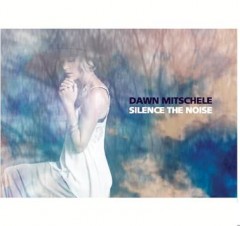 Singer/songwriterÂ Dawn Mitschele, best known for her angelic vocals and smooth acoustic style, is releasing her Fan-Funded new EP on July 9. “Silence the Noise” will be available on iTunes for download, or for those that Pledged to the Pledge Music site, they will be emailed instructions on how to download their copy.

WEDNESDAY, JULY 24thÂ is theÂ LA RELEASEÂ Show atÂ ROOM 5.Â The show begins at 9pm sharp. $8, tickets at the door. Mitschele’s Guitarist, Drew Philips will also be performing songs from his new project, Moke Hill, at 7pm. Come early if you can!

Best known for her angelic vocals and smooth acoustic style, singer/songwriter Dawn Mitschele (pronounced MITCH-eh-LEE) is making her mark on San Diego music, while drawing a wide range of fans across the US and Europe.

Her latest five-song EP, “Love Remains” (May 2012 release) has already received airplay on Santa Monica’s KCRW as well as hometown stations KPRI and 91X, and the song “Lamplighter” was picked up by the nationally syndicated radio show, “Acoustic Cafe.”Â TV shows Justified, 666 Park Blvd and Elementary have placed songs from Dawn’s “Love Remains” EP and her “In the Moonlight” album. Her voice can also be heard in the feature films “10 years” and “Liberal Arts.”Â In November 2012, Dawn released the song, “My Love Has A Home,” a single track available as a free download on bandcamp. (dawnmitschele.bandcamp.com)Â Dawn will follow up her most recent tours of the East Coast and Europe, with a Spring 2013 tour in the Midwest and the East Coast where she continues to engage new fans.

Local Artists to Come Together for Gillian Welch Tribute