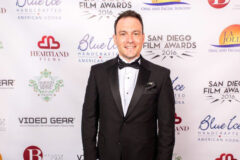 What You Need to Do to Make Money with Your Recordings

Music and the Law: The Role of a Music Attorney