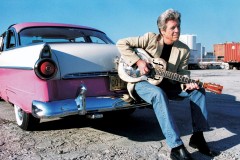 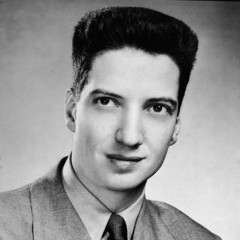 He’s a great force of nature. John sounds like a big train coming. He chops them all down. – Tom Waits

By the time he was 23, John Hammond Jr., had absorbed the country blues and associated himself with great future rock icons like Eric Clapton, Duane Allman, and the Band–then known as the Hawks. He was part of Dylan’s historic, creative ’60s recordings adding guitar parts on the Bringing It All Back Home session that would kick off Dylan’s electric folk-rock era. Heady stuff for a young artist who started his career at 19 years old hitchhiking from the East Coast to Los Angeles to outrun the shadow cast by his legendary father, Columbia Record’s A&R innovator John Hammond, who discovered Billie Holiday, Bessie Smith, Janis Joplin, Bob Dylan, and Bruce Springsteen.

But, Hammond Jr. had his voice and his own identity, which was steeped in the blues. He also had his own artists to discover and uncover from America’s seemingly distant past. They were not his immediate contemporaries. They were legends from another time and place. Delta blues artists like Robert Johnson, Sony Boy Williamson, and John Lee Hooker, among many others, would drive young Hammond from his father’s influence into his own world of down-to-earth country blues. He became the musical form’s most devout student. He studied, learned, and grew to become a bluesman. He played with unique fire as fingered his way up and down the fret-board shedding the skin of imitation to his own blend of blues that has become his signature sound. He plays and sings as if he could somehow conjure up the ghost of Robert Johnson and Son House for an eternal jam session on a crossroad of time.

Of his childhood and his pathway into music, Hammond revealed in a 1995 interview with the L.A. Times, “People assume I grew up in a musical bonanza, surrounded by it all the time, which was not the case.” “My parents divorced when I was five and I lived with my mother and my brother Jason. I wasn’t aware of my father’s position until I was a lot older, until I had gone on the road as a musician myself. Then I had to clarify that in fact I got into this on my own and my dad didn’t nurture me. He wasn’t thrilled when I began this career.”

Today, he holds forth with the purest of classic country and big city blues. 2014’s award-winning Timeless brings it all together with a mix of blues standards and newer songs given Hammond’s unique blues treatment. Allmusic called it a “living, breathing history lesson.” But, in a recent NPR interview he declines the role of history professor. He says, “I came along at a time when a lot of the great country blues masters were being rediscovered. I got to be on shows with Bukka White, Skip James, Mississippi John Hurt, and Fred McDowell.”

Among his favorite stories to tell occurred in 1992 when he was in San Francisco doing a duet session with John Lee Hooker. “Tom Waits appeared out of nowhere and said, ‘Oh, I have a song for you.’” Hammond explained. “The song was about 20 minutes long with everybody in the Bible coming down from the river. I told him, ‘It’s great, but I don’t think I can do anything like that.’ He said, ‘Oh you don’t like that one?’” Hammond laughed, “So, he goes into the control room and in about ten minutes he writes this song. He said, ‘Man, I know you know some badass songs, check this one out.’ The song was the Bo Diddley-influenced “No One Can Forgive Me but My Baby.” Hammond did record the song after Waits left the session. “I sent him a cassette of it. I hadn’t heard from a while, so I called him and he had the song on his answering machine. So, I guess he liked it.” Hammond laughed.

Another unique story that occurred early in his career makes him unique among band leaders. At one time, in the mid-’60s, he could count Jimi Hendrix and Eric Clapton in his band at the same time. He said that the band only lasted five days for a residency engagement at the Gaslight in New York City. Unfortunately for us all, they never made it into the studio together. No live recordings exists of the legendary line up.

He’s also had a pivotal role in rock ‘n’ roll history when he hired the Hawks to record an album as his back-up band. He was so impressed with the sessions for his 1965 album, So Many Roads, he recommended the musicians to Bob Dylan as he was about to go electric. The rest is history.

Throughout his career, staying with country blues has allowed Hammond to a great number of accolades and achievements. One of his personal favorites has been his friendship with Tom Waits. Not only did Waits write a song on the spot for him, Hammond also recorded an album of all Waits songs in 2001, Wicked Grin.

In 2011, he was inducted in the Blues Hall of Fame in Memphis, Tennessee. Last year he also received Best Acoustic Blues Artist and Best Acoustic Blues Album for Timeless by the Hall of Fame’s Blues Foundation. He has been nominated for the Grammy award eight times, winning once, in 1985, for his performance on Blues Explosion, a compilation from the Montreux Jazz Festival.

According to the 72-year-old Hammond, his approach and energy is much the same as when he recorded his first record in 1962. “I feel strongly about the music,” he said, “It’s very real to me, so I make each song my own.”

Timeless was recorded in 2013, live at an intimate Rhode Island venue. It is true to its name and includes solo acoustic performances of classics by Bobby Bland, Elmore James, and Howlin’ Wolf along with two gems from Tom Waits and one original. His first album in five years, it demonstrates how an artist, possessed by the heart and soul of country blues, need not change or morph into something else to be original and current. Hammond, with generous slide guitar from his National resonator and blues harmonica, has only deepened and grown into his role as a country blues artist who carries the tradition in a way that makes his music immediate and fresh. The album has Hammond’s resonant barrelhouse feel reminiscent of Howlin’ Wolf crossed with Robert Johnson.

Past critics have chided him for replicating many of his songs. His music could have been confined to a past era, however for Hammond and many other artists and blues fans, it is a musical form that won’t go away. Hammond agrees, “It won’t die; they can’t kill it. They tried. God knows, in the 70’s they x-ed the blues off the airwaves, and the big labels axed all their blues-oriented artists. It’s almost like worldwide success made everybody go, ‘Geez, there’s a lot of blues clubs all over the place that we didn’t notice.’ Through all these years I’ve never been out of work. As you get older, you become more authentic and you get to outlive your critics,” Hammond laughed.

As Hammond returns to the excellent Acoustic Music San Diego series, the audience will have a chance to experience this artist at the best possible venue for acoustic blues. The sound is real and so up front it’s impossible to ignore the timelessness of the music. If you close your eyes as Hammond plays, you’ll almost feel the waters of the Mississippi Delta at your feet. And if you listen, beneath the sound of those southern waters, you will hear the soul and cry of Hammond’s blues forefathers. It’s a heritage he carries in the sound of his voice, his feel for the songs and the joyous skillful cry of his resonator guitar.

Patty Griffin Calls on You to Use Your Voice

Calico and the California Country Tradition