February 2023
Vol. 22, No. 5
Irish Troubadour Ken O'Malley to Perform Tomorrow in Encinitas November 2014
Lady Brain Presents “Home is Where the Art is” Holiday Party and Clothing Drive by Lindsay WhiteNovember 2014
How Did You Get Here? by Chuck LapinskyNovember 2014
Aging Rockers and Fixed Incomes by Paul RosengardNovember 2014
Doors of Change: An Environment of Trust November 2014
Notes from Desert Trip by Matthew BurkeNovember 2014
Hail the Conquering Groovies! by Steve ThornNovember 2014
The Spring Harp Festival Blows into La Mesa on Saturday, March 26 by T.E. MattoxNovember 2014
MARTIN GRUSIN: A Loving Tribute from his Daughter by Aryn GrusinNovember 2014
Ballads and Blues with Jeffrey Joe and Eric Freeman November 2014
Advertisements 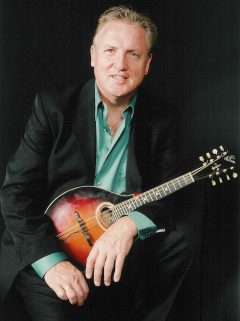 “Ken O’Malley has emerged, without question, as the single most enduring, influential and proficient of all Irish musicians in Southern California.” Â­ Ric Gentry, The Irish News

At the age of 15, O’Malley opened for legendary balladeer Paddy Reilly at the equally legendary Old Sheiling Pub in Dublin. By the time he turned 18, he was gathering professional credits, among them a stint with Trudy’s People, a group he formed that played Gaelic shows on RTÃ‰, Ireland’s national radio and television network. Since arriving in Los Angeles from Ireland over 30 years ago, O’Malley has performed solo and as part of The Mulligans, Blended Spirits and, currently, The Twilight Lords. He’s shared bills with such artists as Mary Black, The Chieftains, The Saw Doctors, Michael Flately and Pierce Brosnan and continues to be an everÂ­popular and nearÂ­legendary constant on Southern California’s Celtic music circuit. In addition to his musical performances, he can also be found on stage and screen in productions ranging from Ray Bradbury’s “Falling Upward” to the Paramount Pictures feature “Patriot Games.”

A true ambassador of Irish culture, O’Malley infuses every performance with the rich history of his native land and audiences quickly become engaged with his compelling stories. O’Malley’s most recent release, titled Ã“MÃ¡ille (his name in Gaelic), demonstrates O’Malley’s considerable strengthÂ as a solo artist. These traditional arrangements, though spartan, brilliantly bringÂ the music of his Irish heritage to life.

San Diego Folk Heritage is an allÂ­volunteer 501(c)(3) nonÂ­profit organization dedicated to preserving and promoting the folk arts in Southern California. For more information about this event, please visit http://sdfolkheritage.org/events/kenÂ­omalleyÂ­withÂ­theÂ­neerÂ­duwels/.

Gregory Page to perform Friday at Museum of Making Music