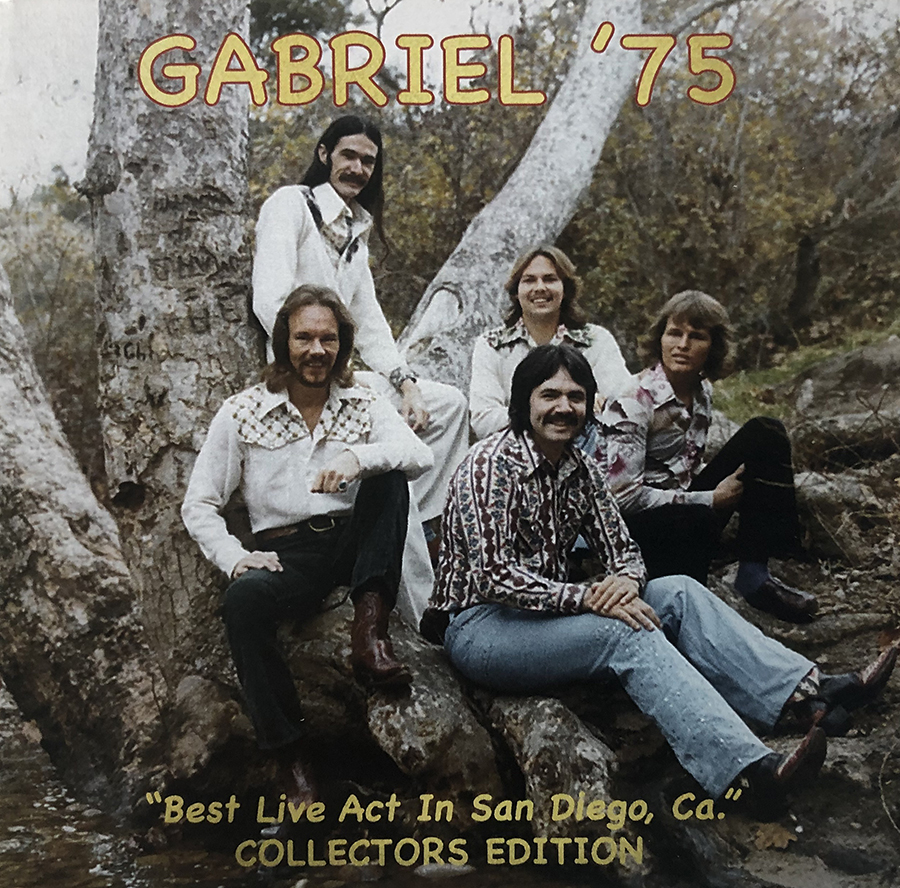 It’s not often that you get an album recorded in 1975 arriving at your desk for review some 48 years later, but wait, there’s an interesting backstory waiting to be told. Gabe Lapano was the founder of the group Gabriel, a popular local bar band in the early 1970s. They recorded an album with local engineer Larry Owens in 1975, but it was never released. Lapano was previously well known as the keyboard/vocalist and songwriter for the Cascades from 1967 through the early ’70s, a few years after their 1963 smash hit, “Rhythm of the Rain,” had put them on the national pop music map. Thanks to a big assist from local musician and music historian Andy Rasmussen, who narrates Lapano’s musical sojourn through his extensive liner notes, we can enjoy the sounds of the 1970s via this recording session now released on compact disc.

The musical lineup for this recording is Lapano, lead vocals and keyboards; Gary Rinehart, tenor and soprano saxophone; Chuck Flack, bass guitar; David Woody, guitar and background vocals; and Ricky Gilbert, drums and background vocals. The songs, all penned by Lapano, except one, stand the test of time and would be valid candidates for present day airplay.

His lead vocals carry the day, ranging from tender to soulful moments—all pleasantly in tune—especially the two ballads, “Lookin’ for Someone” and the bluesy minor key “Life Is a Haunted Song,” both bolstered by Rinehart’s sax motifs along with a rich accompaniment of background vocal harmonies from Woody and Gilbert.

The opening tune, the catchy “Sometimes I Just Don’t Know,” immediately showcases the band’s tight musical arrangements and full complement of background vocal harmonies amid a smooth “grazing in the grass” chordal progression and rhythmic vibe. “The Bump” pays homage to the popular dance floor gyrations in the mold of “Cut the Cake,” perfectly executed with just the right syncopated funk interplay between the rhythm section.

The pop-flavored “Will You?” and “I Think We All Need Somebody” could easily be radio friendly singles in today’s market, highlighted by ensemble horn section harmonies reminiscent of Chicago. The instrumental track, “It’s in the Blood,” written by Woody, spotlights his fluid guitar chops melded with Rinehart’s sparkling horn licks, reminding one of two other instrumental classics of the day, “Pick Up the Pieces” and “The Chicken.”

Another nice point of departure is the down home jugband groove on “Floatin’ Down River,” a tune The Band would have been proud of writing. “Just my woman and me…beneath a shady tree…chugging on a homemade wine.” Lapano and his former bandmates can be proud of their work from nearly a half century ago. The crafty song arrangements bolstered by the lush vocal harmonies are as fresh today as they were yesterday.