January 2023
Vol. 22, No. 4
Astra Kelly Goes "Back to Ten" September 2015
Lady Brain Presents “Home is Where the Art is” Holiday Party and Clothing Drive by Lindsay WhiteSeptember 2015
How Did You Get Here? by Chuck LapinskySeptember 2015
Aging Rockers and Fixed Incomes by Paul RosengardSeptember 2015
Doors of Change: An Environment of Trust September 2015
Notes from Desert Trip by Matthew BurkeSeptember 2015
Hail the Conquering Groovies! by Steve ThornSeptember 2015
The Spring Harp Festival Blows into La Mesa on Saturday, March 26 by T.E. MattoxSeptember 2015
MARTIN GRUSIN: A Loving Tribute from his Daughter by Aryn GrusinSeptember 2015
Ballads and Blues with Jeffrey Joe and Eric Freeman September 2015
Advertisements 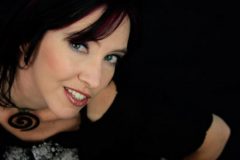 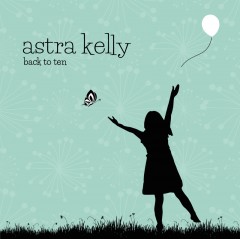 Engineer, Josh Mallit, co-produced the album over the last year and a half at Rarefied Recording in North Park. Guest artists were given just acoustic guitar and vocal tracks and invited to add their own unique stylings to a song. Many of the tracks are co-writes. Some are sparse and others feature a full band, such as Jeff Berkley’s track, where he lends his guitar, bass, percussion, banjo and vocal skills. The album release concert will feel like a mini-music festival and feature appearances during Astra’s set as well as opening sets from some of the guest artists.

BACK TO TEN CD RELEASE CONCERT

Bella Vista offers a sprawling patio with a fantastic view of the glider port and the ocean sunset. Food, craft beer and wine available for purchase. www.bellavistacaffe.com

“MusiCares is an organization that provides financial assistance and other
support to working musicians. They helped me through a rough time as I was
just starting to write the music for this record and I would like to give back.
A portion of the proceeds from the event will be donated to MusiCares” – Astra

Chicago native Astra Kelly is a pure talent with a lyric-based, melodic sound and soaring vocals. Her performances are passionate, full of energy, and a powerful expression of her art and sound. Eclectic in style and genre, her original music draws from her soulful Chicago roots fused with folk rock and Americana. She’s toured the country extensively and released six records on her own label.

Upon landing in San Diego, Astra immersed herself in the San Diego music scene. She launched and DJ’d the Homegrown Hour on KPRI, her music video was showcased in the SD Film Festival and she received five SD music award nominations. She’s managed both Studio West and Capricorn recording studios. She performs like crazy, writes and produces music for other artists, and is a vocal/songwriting coach at Rock and Roll San Diego. She’s one of those rare artists that have managed to carve out a formidable career in the industry while staying purely true to her art.

The Crooked Jades: Old Time Music for a Modern Age