February 2023
Vol. 22, No. 5
Tiki Intergalactic Summit by Steve ThornAugust 2015
Lady Brain Presents “Home is Where the Art is” Holiday Party and Clothing Drive by Lindsay WhiteAugust 2015
How Did You Get Here? by Chuck LapinskyAugust 2015
Aging Rockers and Fixed Incomes by Paul RosengardAugust 2015
Doors of Change: An Environment of Trust August 2015
Notes from Desert Trip by Matthew BurkeAugust 2015
Hail the Conquering Groovies! by Steve ThornAugust 2015
The Spring Harp Festival Blows into La Mesa on Saturday, March 26 by T.E. MattoxAugust 2015
MARTIN GRUSIN: A Loving Tribute from his Daughter by Aryn GrusinAugust 2015
Ballads and Blues with Jeffrey Joe and Eric Freeman August 2015
Advertisements 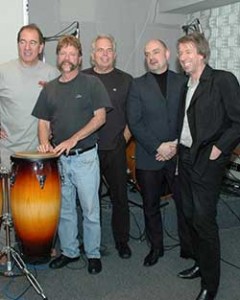 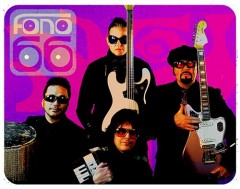 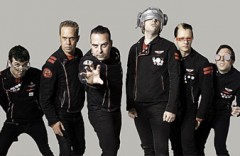 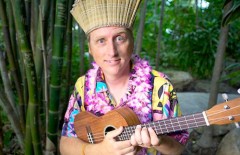 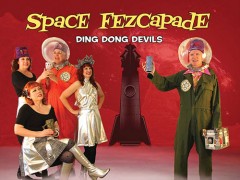 Well, space is there, and we’re going to climb it, and the moon and the planets are there, and new hopes for knowledge and peace are there. And, therefore, as we set sail we ask God’s blessing on the most hazardous and dangerous and greatest adventure on which man has ever embarked.”
— John F. Kennedy, September 12, 1962

Although President Kennedy would be gone 14 months later, his objectives toward space exploration were fulfilled. The journeys of the space explorers, all possessing “The Right Stuff,” as new journalism writer Tom Wolfe accurately described in his best seller, captivated the world. 1969 was a tumultuous year in the 20th century, but the world momentarily stopped war and the unraveling of society to see Neil Armstrong walk on the moon.

It was the culmination of a dream that actually began long before Jack Kennedy’s 1962 Rice University speech. During the Eisenhower administration, America was preoccupied at what was really “out there.” For every normal impulse (the U.S. concern over the Soviets winning the race after successfully launching aÂ  satellite named Sputnik), Hollywood and science fiction writers realized that the public was wildly entertained over nightmares that kept them awake at night. What if we were attacked by an alien force? Conventional movie theaters and drive-in screens were showing sci-fi films of varying quality. Today, even the lowest “B” flicks from the golden age of black and white sci-fi have an irresistibility cheesy quality to them, which is why we still talk about director Ed Wood after 50-plus years. !

Space — and the ongoing love affair with infinity — is the theme of “Yesterday’s Future, Today!,” the focus of this year’s Tiki Oasis, the annual celebration being held the weekend of August 13-16 in San Diego. If this year’s theme doesn’t send fans immediately into orbit, the musical acts will. Headlining the festival will be the Chocolate Watchband, a legendary group from the San Jose rock scene of the ’60s. Their trippy moniker notwithstanding, the Watchband were at their heart a first-rate garage rock band who captured the essence of the early Rolling Stones and Kinks as well as any American act from the time. Their set at the “66/99 Festival” at the Casbah in 1999 is now part of local legend. In 2015, the Watchband features veteran members Dave Aguilar, Gary Andrijasevich, and Tim Abbott. Filling out the sound is noted music archivist Alec Palao and Daryl Hooper, a keyboardist from one of the Watchband’s musical contemporaries, the Seeds.

Another highly anticipated set will feature Fono66, a band featuring Nick Walusko of the Wondermints and the Brian Wilson Band. The group bio on “Man or Astroman? describes them as a “group of extraterrestrials” who landed near a small college town in Alabama. Let the truth be told: Man or Astroman? areÂ  actually…. extraterrestrials. The most intense space voyage of the festival will probably be provided by Oakland’s Phenomenauts, a celebrated band who dabbles in psychobilly, punk, new wave, and surf rock!

The genre of lounge/exotica, the musical vertebrae of all Tiki gatherings, will be out in abundance once again. Hoist a shaken, not stirred martini and dig the sounds of the Tikiyaki Orchestra, Clouseaux, Project Pimento, the Ding-Dong Devils and the Angel and Robot Show. The thundering sounds of surf rock will be performed by the Phantom Surfers, Jason Lee and the Rip-Tides, the Neptunas, Els A Phonics, Point Doom, and the Millionaire Beach Bums. Channeling the days of ’60s garage/R&B are the Outta Sites, the Little Richards, the Diddley Daddies, and the Rosalyns. The hot jazz of Slim Jenkins will provide the instrumental backdrop for the ecdysiasts who will arrive en masse for a late night revue.

Set your controls for the heart of the sun…. or more specifically, San Diego, California!! Tiki Oasis 2015 begins Thursday evening, August 13, at the Bali Hai Restaurant on Shelter Island. The festival will then head east to Mission Valley’s Hanalei Hotel (AKA The Crowne Plaza) for three days of Tiki enchantment. For the complete schedule — mind boggling in its depth — visit www.tikioasis2015.com