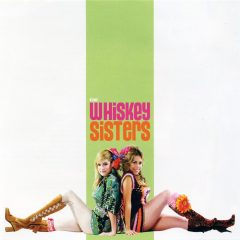 Look out, Dixie Chicks and the Trishas. A pair of women singers with beautiful voices and soaring harmonies, the Whiskey Sisters, has hit the Austin music scene and is making a big impression. (See the profile this month for more background.) Their self-titled and self-produced debut album, released in February on World Records, contains 12 original songs, half written by Teal Collins and half by Barbara Nesbitt (yes, formerly from San Diego and a member of Tim Flannery’s Lunatic Fringe). Unlike the other female groups mentioned above, however, the Whiskey Sisters is not a conventional alt-country or Americana act. Backed by a smoking hot ensemble consisting of energetic lead guitarist Josh Zee (Collins’ husband), Michael Davids on keys, Lonnie Trevino on bass, and Phil Bass on drums, the Whiskey Sisters play a combination of rock, rockabilly, blues, country rock, and pop- and/or country-oriented ballads (such as the opening track “So Close to the Sun” and “Talk It Out”). In other words, the “Austin sound.” (Their live shows are even more eclectic, with covers of Motorhead’s, Kinks’, and Rolling Stones’ songs, and a few ukulele torch numbers thrown in.) What all the songs have in common is the tight arrangements (attributable to the fact that much of the band has been playing together for years (as the South Austin Moonlighters) , as have Zee and Collins themselves (as members of the Mother Truckers), and the pitch-perfect harmonies of Collins and Nesbitt.

And make no mistake–notwithstanding the virtuosity of the band (especially Zee’s electric and slide guitar work and Davids’ keys), the Whiskey Sisters is all about the harmony vocals. Collins and Nesbitt each have strong, soulful voices, but together they form a unique — almost supernatural — synergy that elevates blues tunes such as “I Take It Back” and “Fool” to Aretha-like (or Brenda Lee) levels. Country-ish material like “I’m Gone,” “Good Girl Down,” and “Let’s Drink” is transformed with lilting harmonies. Straightforward rock songs such as “Home on the Highway,” “Don’t Trust My Heart,” and “The Whiskey Song” are rendered exotic by the indescribable blend of two amazing, uncannily complementary voices (they even share the same kind of vibrato). Lyrically, the tracks mine the familiar themes of romance, heartbreak, drinking, and living on the road. Nesbitt dispenses some wisdom along the way: “I don’t believe in happiness if it don’t come with the truth” (from “All I Can Do”).

My favorite tracks are the romping rockabilly tunes “All I Can Do” and “Wait a Lifetime.” Zee excels on “Home on the Highway.”

The Whiskey Sisters wrote the songs and recorded the album (at Congress House and Summit Street studios in Austin) over a five month period, as they raised the money themselves with a Kickstarter-like campaign run out of their website (www.thewhiskeysisters.com) that they dubbed “Whiskeystarter.”

The Whiskey Sisters have arrived!

MICHAEL J. DWYER: As Real as It Gets