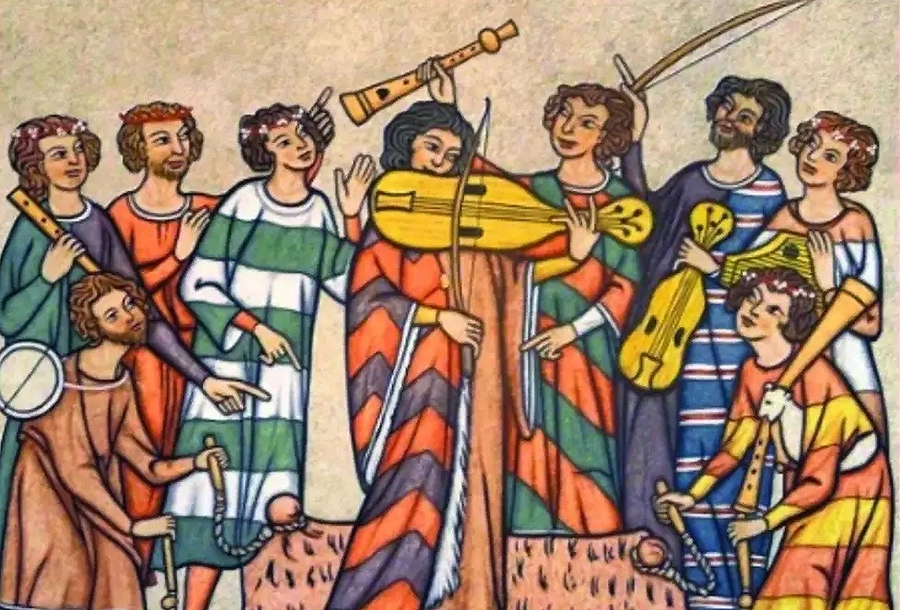 Sephardic Jews making music in Spain during the Renaissance.

Tanyaderas is a Ladino term that was used to call the Sephardic Jewish women who led song and dance life-cycle celebrations, especially the many events that were part of a wedding. Normally a frame drum was used to accompany their singing of ballads and lively songs in Ladino. Tanyadera refers to the “drumming” that the women used in conducting the procedures for these events that occurred primarily outside the synagogue. Much of the information we have is from research among ethnographers that was conducted in the mid-19th to mid-20th centuries in the Sephardic communities in the Balkans and Morocco, which came about after the expulsion of the Jews from Spain in 1492 and from Portugal in 1497.

The first mention of any musician in the bible (Torah) was Jubal, the son of Lamech. In Genesis 4:21, he is described as the father of all who play stringed instruments and pipes. He was the one who first created music that was played on instruments. There is further evidence from various ancient texts and from archeological digs of woman playing frame drums among other instruments and dancing. Perhaps the best example of the importance of women musician and dancers is of Miriam, the older sister of Moses who wrote the “Song of Miriam” and led the Israelites in dance and song at the shore of the Reed Sea (Exodus 15:20-21).

The Hebrew word used for dance in most of these passages is makhol, suggesting a whirling or writhing dance. Biblical scholars have often linked biblical women’s singing and dancing with prophecy. It was in the Jewish texts where dancing was, often as a means of worship and praise of God. Among some Christian denominations (Church of the Nazarene, the Anabaptist and Methodist—chiefly denominations belonging to the conservative holiness movement) dancing was looked down upon and even forbidden because it could lead to idol worship. However medieval texts and images suggest that Jewish women’s song-dance leadership was normative in Mediterranean Jewish communities. Here are two examples from Hebrew texts that are in favor of dancing.

Ecclesiastes 3:4: …a time to weep and a time to laugh, a time to mourn and a time to dance and, in Jeremiah 31:4, I will build you up again, and you, Virgin Israel, will be rebuilt. Again, you will take up your timbrels and go out to dance with the joyful. 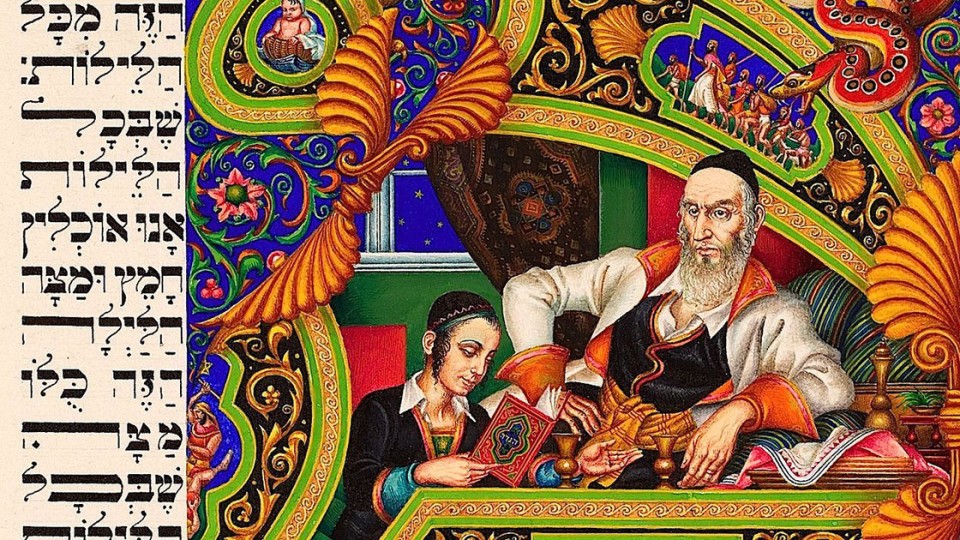 Illuminated medieval Spanish Haggadot (prayer books read by Jews for the holiday of Passover) all included a section of images of women dancing. For example, depictions of Miriam and women celebrating at the shores of the Red Sea appear in the Sarejevo Haggadah in the fourteenth century. In Sephardic communities such as those in Turkey, the Balkans, and Morocco, Tanyaderas were invited to sing and drum at all the life-cycle ceremonies, where they often conducted the ceremonies and supervised the details.

Sephardic communities had many unique wedding customs. Tanyaderas usually led these events through their distinctive songs and dances, as they helped the community fulfill Jewish requirements for rejoicing at a Jewish wedding. One important song event the Tanyaderas led was when the bride visited the ritual bath the evening before she was to be married. 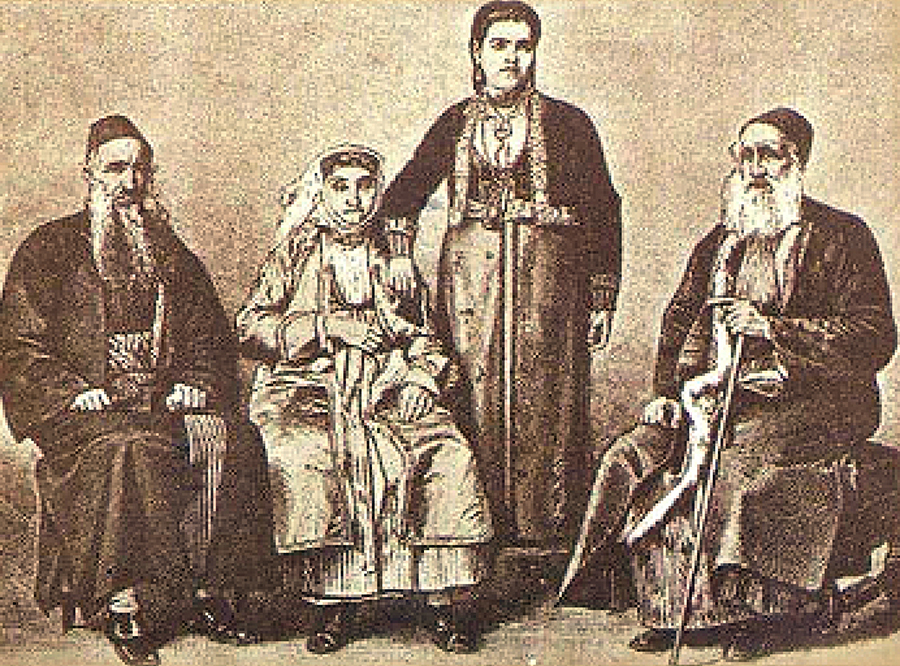 An example is this Ladino song “Y fuérme a baña” (I went to the bath), which reflects a mix of local Jewish cultural and specific Jewish ritual. The lyrics are: I went to bathe/at the river’s bank/there I met, mother,/my handsome friend,/ he embraced me once,/ I embraced him five times./ Oh Lord our bride,/ beautiful body, what is the cream that you/use secretly? Is it white enamel/or gold dust?/ You will look so well/ in the eyes of your husband. The text was typical of the suggestive lyrics of many of the ritual bath songs.

Jewish law prescribes the bride’s visit to the ritual bath. Songs and associated dances were used by the elder women to convey hygienic and sexual advice to the new bride. Despite the seriousness of the ritual, the women enjoyed themselves through the singing and dancing that was heightened by the sweets and strong liquor, consumed after the bath house ritual.

The celebration after the bath house ritual often lasted into the early hours of the morning.

In general, all aspects of the wedding experience included some forms of dance and ritual movement, with the ritual bath holding unique status as a women’s event specific to Judaism.

Tanyaderas in Morocco also led singing and dancing at a henna party that involved painting the hands and feet of the bride-to-be with henna paste. Depending on the local community, prior to the actual wedding ceremony, the bride’s trip to the ritual bath house either followed or preceded the henna party ceremony. In Tangiers the night before the henna party was called the baño de la novia (ritual bath of the bride). The henna ceremony occurred the following night and was called la noche de la novia (the night of the bride); it was celebrated at the house of the bride’s family with lively singing and dancing.

Today there are still Sephardic communities in Israel and Morocco that employ the Tanyaderas for life-cycle celebrations in Jewish communities. Music and dance played a compelling role in Jewish Mediterranean cultures, and women’s leadership outside of the synagogue held great importance for the Sephardim. 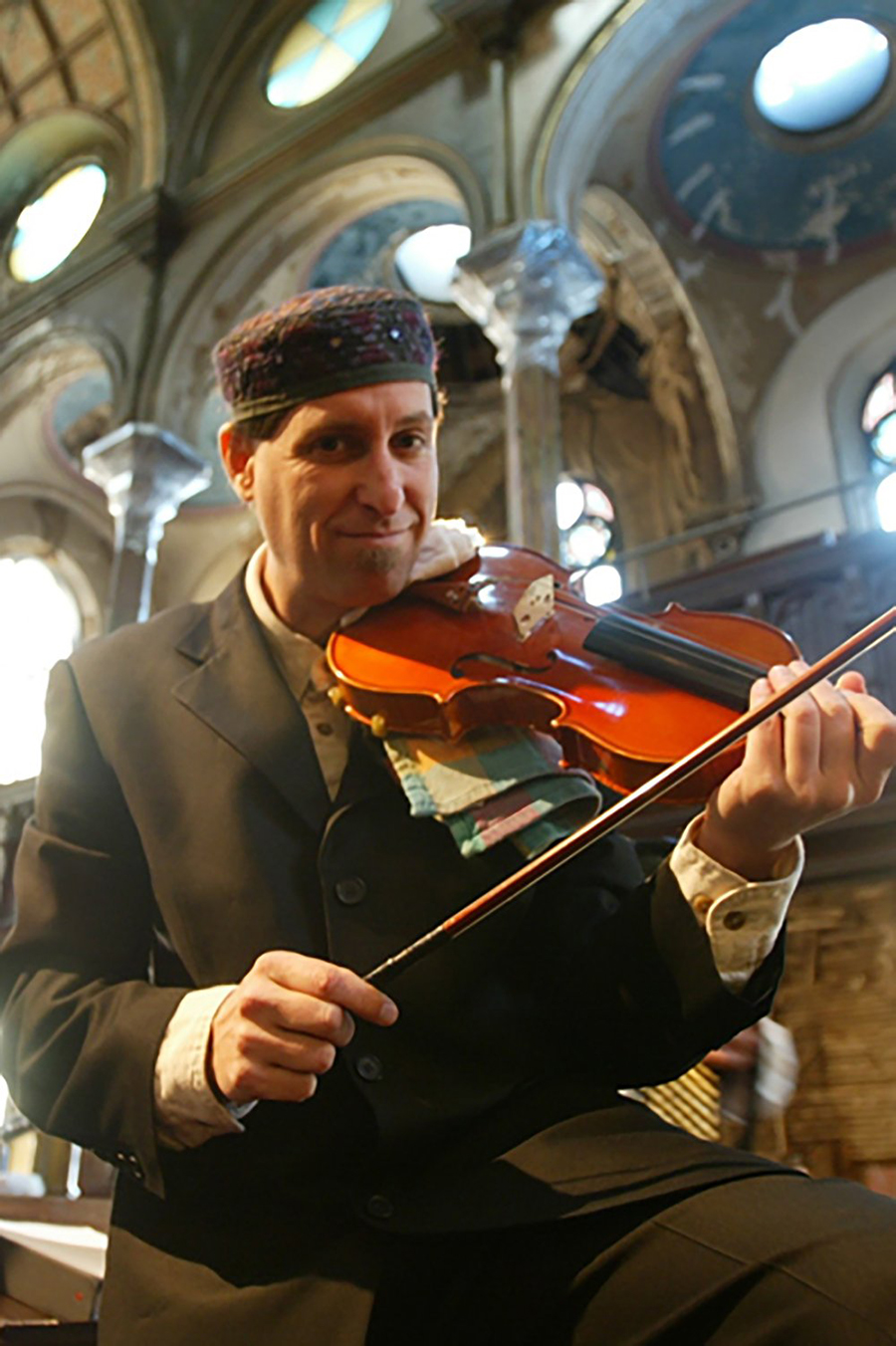 In celebration of Sephardic women, the world premiere of Yale Strom’s ballet Light, presented by the LITVAKdance Company, will take place on Dec. 18th at the Lawrence Family JCC in La Jolla at. The story is about a Catholic Mexican-American mother who grapples with finding out she is descended from hidden Jews (conversos) who were forced out of Spain in 1492. After the ballet Yale Strom & Hot Pstromi—with special guest musicians David Wallace,viola; Sara Caswell, violin; and Amos Hoffman, oud—will play music celebrating the first night of Khanukah with music from their album Shimmering Lights. For more information here is the link: lfjcc.org/light

Loretta Lynn: A Special Tribute to the Queen of Honky Tonk