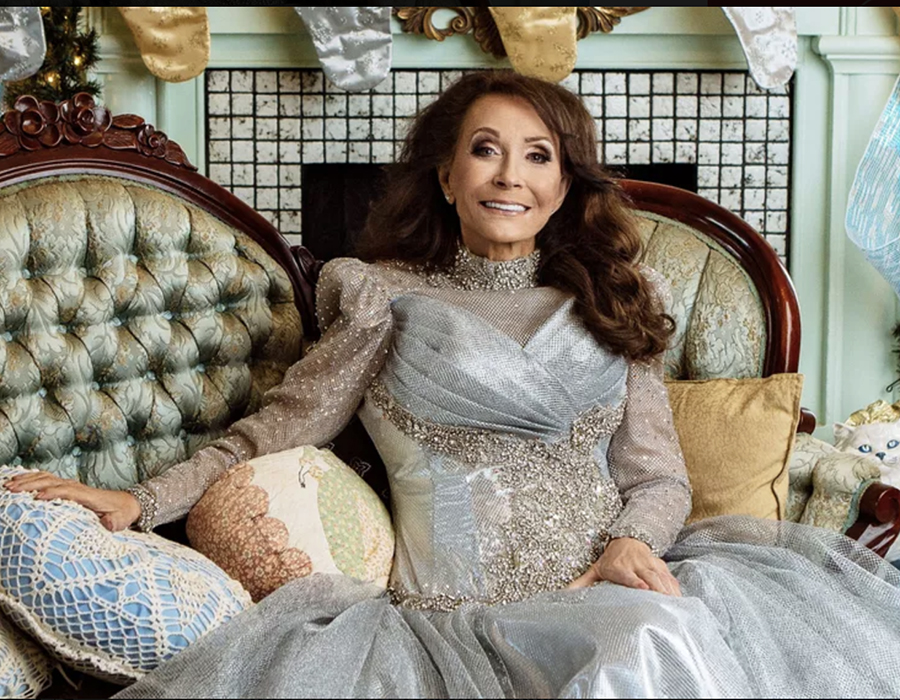 Loretta Lynn, who died on October 4 of this year, was the undisputed Queen of Country Music. With a career that spanned seven decades, she can easily be regarded as the one of the key figures in American music over the last century. From the early days when she was influenced by the founders of real country music like Roy Acuff, Kitty Wells, and Hank Williams, to her passing, she remained relevant even as modern country music lost its edge. Loretta Lynn kept hers. She never lost it.

When Lynn first appeared on the Grand Ole Opry stage, Patsy Cline was just hitting her stride. Loretta Lynn was not far behind. The accepted feminine role model in Nashville in those days was Kitty Wells, whose straight-forward vocal delivery carried integrity along with the feeling of the traditional heartbreak that women were expected to portray in the traditional culture of the 1950s. But in those post-war years, she surprised everyone by breaking out of the mold with “It Wasn’t God Who Made Honky Tonk Angels,” in answer to Hank Thompson’s 1952 hit song, “Wild Side of Life.” The message was that women were no longer to be considered as wayward victims, but could stand up to the men folk, even on the Opry stage.

And Loretta Lynn fit right in and, in fact, became the embodiment of this new attitude in country music. 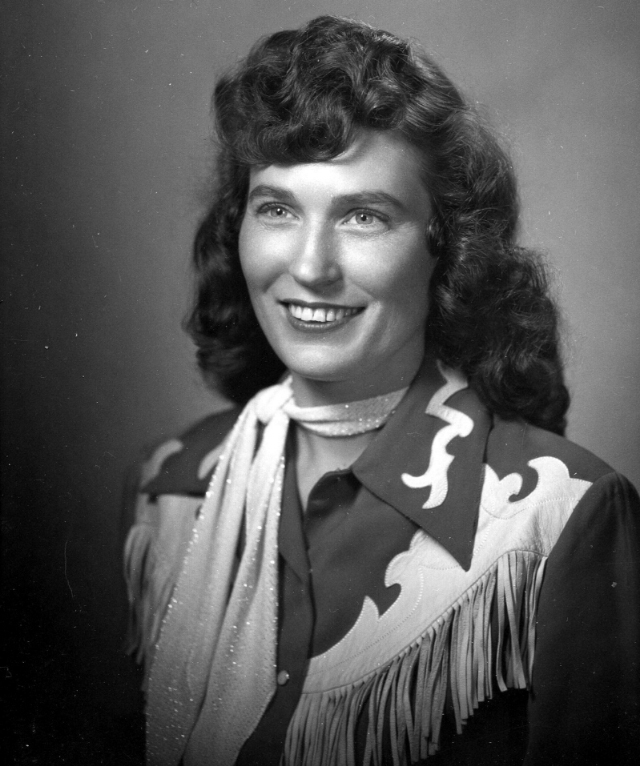 Loretta Lynn, in the early days of her career.

When Loretta Lynn began writing songs, she built on Kitty Well’s classic response with songs that told the entire story of women’s struggles, joys, love, and, most of all, her independence. Beginning with “Honky Tonk Girl” and then progressing to songs like “You Ain’t Woman Enough to Take my Man,” “The Pill,” “Don’t Come Home a-Drinkin’ with Lovin’ on Your Mind,” and Shel Silverstein’s, “One’s on the Way,” a different woman emerged from the traditional male-centric songs and it hit a nerve, the same nerve that the Women’s Liberation Movement did when it swept the nation in the 1960s.

But even so, there was one man who stood out and haunted Loretta Lynn’s story throughout her 90 years of life. Probably the best known of her original songs became her career-defining classic, “Coal Miner’s Daughter.” The lyrics told the authentic truth about her childhood coming up from hardship and poverty. The heroes of the song are “Daddy” and “Mommy.” As she tells it, “Daddy worked all night in the Van Lear coal mine.” But, the song is not about hardship. It is about the love that ran through her childhood from her mom and dad. In reading her 1976 autobiography, Coal Miner’s Daughter, there is a tangible, bittersweet sense of regret over her father’s early death just prior to her break-out success. 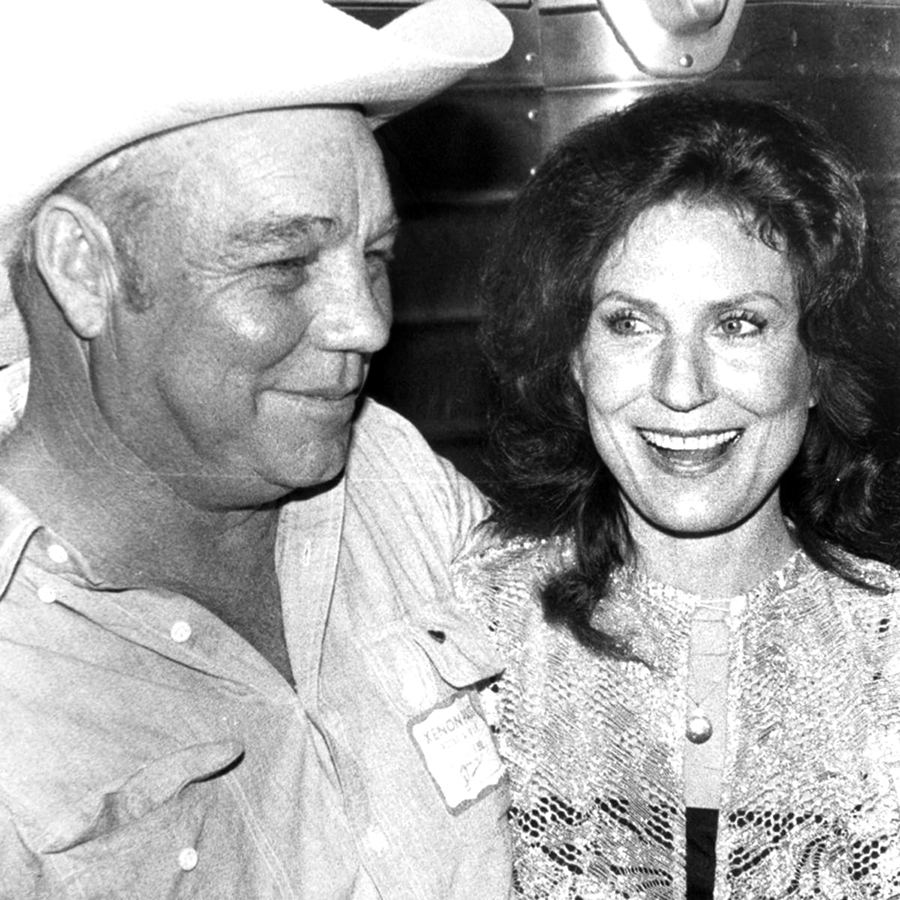 Loretta Lynn and her husband of 48 years, Oliver “Doolittle” Lynn.

As an artist, Loretta Lynn was not confined by generations or genre as she pursued legendary collaborations with the likes of Conway Twitty, Dolly Parton, and Ernest Tubb. But, it was in 2004, with the release of the landmark Grammy winning Americana album Van Lear Rose, produced by Jack White of the White Stripes, that brought her to a new generation of country music fans. Her vocal duet with White on, “Portland, Oregon,” won the Grammy for Best Country Duet and Country Song of the Year.

The now-classic album was ignored by the country radio of the day even though it rose to #2 on Billboard country charts and crossed over to the mainstream pop charts at #24. Van Lear Rose is a collection of original songs as innovative as it is traditional and infused with inspired songs that told stories of her family and her history while providing an overview of her life and times. It remains the gold standard of classic country music made relevant for the times while it remains true to its roots. It is an explosively creative and imaginative album. 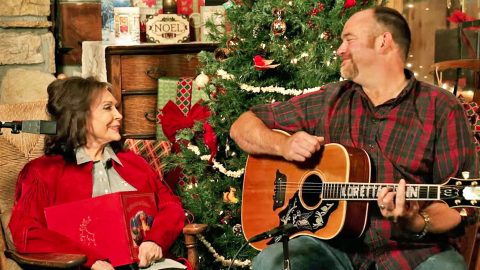 In 2016, she went to work in the studio again to record Full Circle with John Carter Cash at the legendary Cash Cabin in Hendersonville, Tennessee. His father, Johnny Cash, recorded there with Rick Rubin, and, eventually it is where he passed away. John Carter Cash would later relay a touching story to Mark Marchetti, Lynn’s son-in-law and writer of “Lay Me Down,”  a duet recorded for the album with Willie Nelson. The story was published by Variety on October 6 and told by singer-songwriter Todd Snider:

And so, she did. On that day in October, one of the greatest country singer-songwriters walked through that thin veil between life and death, which divides us with gentle acceptance. It’s not hard to imagine a grand reunion must have taken place in a heavenly Ryman Auditorium. Greeting her would be Patsy Cline, Johnny Cash, Ernest Tubb, Charley Pride, and her husband Mooney, who brought her to the world of music.

But, there would have been a welcome relief for Loretta Lynn at the sight of the one she dearly called ‘Mommy,’ and most of all the man who gave her his full measure of love, kindness and so much of his soul during his short life, the coal miner she called ‘daddy’ Melvin Theodore “Ted” Webb who died in 1959 when his daughter, his pride, was a breath and a song away from the kind of fame he never dreamed possible for his precious daughter.

For more information go to the Belly Up Tavern