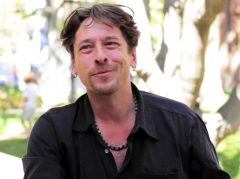 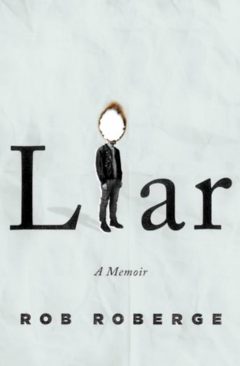 San Diego, April 12: Born of necessity and the COVID crisis, this column is devoted to staying connected to music and the arts while confined in our own homes. The world situation of spring 2020 has made it impossible to attend live music shows, practice with band mates in person, and conduct face-to-face music lessons. However, we can still enjoy reading, watching movies and videos, and connecting online. So, if you’re going stir crazy, never fear!!! Here are some ways to beat cabin fever…

One of the rites of spring in San Diego’s East County is the Grossmont College Literary Arts Festival. Since 1997, the LAF has brought dozens of prominent authors, scholars and poets to El Cajon’s “Harvard on the Hill.” It’s created a space where local student writers have honed their craft. There are open readings for faculty and the general public. And many years, there is a light-hearted talent show where anyone from the community is welcome to get on stage and belt out a song.

Well, the Grossmont College Literary Arts Festival has been postponed this year due to COVID-19. Hopefully, postponed isn’t a precursor to cancelled. One unfortunate statistic is writer/musician Rob Roberge, who was slated to read at LAF later this April.

Rob Roberge is the author of five books: The Cost of Living, Working Backwards from the Worst Moment of My Life, More Than They Could Chew, Drive, and his newest, Liar. Plus, he has published many short stories and articles.

He’s also an accomplished musician, having played in several L.A. bands, most notably the Urinals. His writing often addresses his life as a near-casualty of the rock ‘n’ roll lifestyle.

His current memoir, Liar, was given an excellent review in the New Yorker’s “Briefly Noted” and was a Barnes and Noble “Discovery Pick.” Stylistically innovative, much of the book is written in the second person as Roberge addresses himself as “you.” It’s the writer of today addressing the person he used to be. Roberge honestly dialogs with his past, noting the murder of a classmate when he was 11, the first time he got drunk following one of his parents’ parties, his bout with addiction and near suicide, the many head concussions that he has suffered, and the idea that dementia may one day take away his ability to tap into his memories, his past, and himself:

You are a writer. Hell, you are a human being. You are your memories. Take away a person’s memories and they may as well be brain-dead. This scares you more than anything…

Liar also recounts various tragedies and tragic figures throughout history: The sinking of the Titanic, Edgar Allan Poe, the suicide of quadriplegic singer/songwriter Vic Chesnutt. As a music memoir, Liar recalls Roberge’s journey as a rock ‘n’ roll musician along with the various bands he’s played in.

Thankfully, much of Roberge’s grittier past is behind him. Today, he teaches writing in the MFA program at UC Riverside’s Palm Desert campus.

As a singer, guitarist, and songwriter, Roberge has played in bands for 40 years, coursing the genres of Cowpunk, Roots, Americana, and Art Punk. Roberge made three solo records, including “one instrumental of all stage-play soundtracks I did in L.A. theater years ago.” He wrote and recorded a soundtrack of a “made-up band” for his book The Cost of Living. “My old band, the Violet Rays are on Spotify as are the Urinals’ records…but I’m only on the newest release.”

Fusing his roles as writer and musician, he’s “done a ton of music writing for myrareguitars.com, Vintage Guitar, Caught tn the Carousel magazine, The Rumpus, The Nervous Breakdown, Psychology Today, and a number of anthologies.

The Cost of Living was named one of the Top Twenty rock ‘n’ roll novels of all time by Laying Down the Law. “I got to be on a list with Jennifer Egan, which never sucks.”

This year, he and fellow author/professor Gina Frangello were organizing the Bombay Beach Literary Week at the Salton Sea when COVID hit. The festival had 70 writers signed up before it was cancelled. Roberge hopes to re-schedule the festival for Spring 2021.

Hopefully, he’ll make his way back to the Grossmont Literary Arts Festival also.

For more info:
www.robroberge.com
His books are available on Amazon and Kindle. His music is available on Spotify.