[T]he dream is the dreamer’s own psychical act.
—Freud 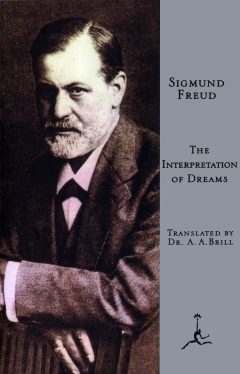 In her book, Best Bondage Erotica, Alison Tyler states, “The concept of bondage begins in the mind.” In normal times, the outside and inside worlds remain refreshingly blurred. We take for granted the creature comforts of life: a trip to the store, a conversation with a friend, an evening walk. We go out during the day, then retreat back into our inner-selves in a healthy balance. But these aren’t normal times. We are no longer free to interact with the outside world the way we used to. We’ve moved into our minds semi-permanently, like the new owners of an old house, a dusty house, a house with someone else’s memories, someone else’s ghosts. In these times, we’re forced to divide the outside us and the inside us, exploring the unopened doors that lie within.

Sacred Sexuality Rising
Briana Cribeyer is an intimacy coach and admin of the Sacred Sexuality Rising Facebook page. This site is a forum where members can post their own questions and discussion topics. Cribeyer also posts interviews, live events, articles, and videos. “We are exploring the unknown. We are present with the unknown,” says Cribeyer about the times we’re living through. “Things left unhealed are coming to the forefront.”

For Cribeyer, the COVID crisis has forced people to confront and find themselves. Couples were able to avoid talking to each other until now. There were just too many outside distractions. We didn’t need to communicate with those intimately around us. For years, a “hookup culture” allowed people to live in a state of perpetual distraction. Now, however, that hookup culture has come to a standstill. So, Cribeyer wants to help people find something else, something more meaningful.

“I worked as a life coach and leadership development coach with nonprofits. Now I’ve been a relationship and intimacy coach for five years,” she adds.

At the heart of her philosophy is the idea of tantra. Many have heard the word and associate it with the wildest frontiers of sexuality. “But tantra is about the self,” Cribeyer says. “It’s a way of moving through life. It’s a way to finding intimacy with the self.” 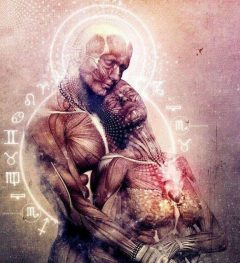 Tantra, like the many Eastern belief systems, starts with the Breath. It’s a way to acknowledge each and every breath we take and the energy we exert in the process. By exploring how we breathe, we explore the split-second ways we live our lives. As we focus on Breath, we become more conscious, present, and emotionally intelligent.

We are taking a “global pause,” Cribeyer adds. “The world is connecting in new ways. People are hungry for more.” In a response to the current situation, Cribeyer has conducted various classes and seminars online. She also helps support the various Tantra festivals that are held around the world.

In fact, the One World Tantra Festival runs June 1-7. It is fully online and includes dozens of presenters, workshops, discussions, and various activities.

For more info about Briana Cribeyer’s work and upcoming events…https://www.brianacribeyer.com/tantra

I’m With the (Virtual) Band 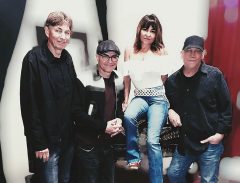 For those looking for a more traditional activity, there is always band practice. After a couple of months of the COVID lockdown, many bands are figuring out how to keep practicing and performing even in isolation.

Andi McKay started her Linda Ronstadt tribute band Love is a Rose in February 2020. “We had one rehearsal before lockdown,” says McKay. What’s more, McKay started the tribute band with San Diego musician John Khula, who promptly passed away not long afterward.

“I started talking with booking agents, wineries, and the Belly Up Tavern in Solana Beach. Linda Ronstadt is my favorite singer,” says McKay. With the new CNN doc about Ronstadt, it looked like a Ronstadt tribute band would be a big hit. But then everything ground to a halt.

As fate would have it, the new band would have to develop completely in cyber space. The age-old idea of a rock band being a group of buddies who all flop on the same couch together for photoshoots is truly a thing of the past.

So, the band started playing and recording remotely. Several members have recording experience, including guitarist Jack Butler and bass player Bill Manning. “We started piecing songs together,” McKay adds. “I was using Garage Band and another person used Audacity. Everybody was using a different program. I’d lay down the vocals by singing along with a karaoke track.” Then, each of the band members would punch in their parts.

The band members have also been recording videos of themselves, each remotely and each using their own improvised equipment. “Our bass player Bill Manning used to own a DVD company. He’s in charge of putting the videos together.”

Love is a Rose has produced several Ronstadt covers, including “Different Drum,” “Just One Look,” “Blue Bayou,” and “Desperado,” with the band’s first video coming out soon. Thanks to friend Mark Siers, the band may be playing El Cajon’s Downtown Café as lockdown restrictions start to ease. And, thankfully, McKay is talking with the clubs and wineries again.

“People are looking for an escape from COVID,” says McKay. In the meantime, Love is a Rose is loading songs onto its website for public enjoyment and using a patchwork of technology to keep the band together…https://andinmck.wixsite.com/website

I Was So Much Older Then…
Another place where the outside world and the inner self become blurred is when we examine our own family histories. Those black, white, and sepia photos of long-dead relatives from the old country become our personal dreams, our own Jungian archetypes. We are those people, somehow. So, it’s no coincidence that Ancestry.com is making a killing in these times of COVID.

Let’s face it: There’s no better story than our own, especially when we are the byproduct of all the plot points of the past. Interestingly, many I’ve talked with have started to re-discover their ancestral lineage. It’s as if in these uncertain times, we can find some solace in the past, our own pasts.

And then there is our collective past. The Houses of Hospitality in Balboa Park have provided a place where many of the world’s cultures could come together, where we could celebrate our distinct yet common pasts. However, the House of Pacific Relations has been forced to stay publicly quiet due to COVID. 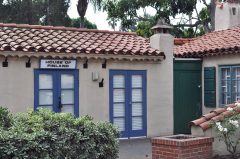 The House of Finland, one of the many international cottages, House of Pacific Relations, Balboa Park.

A festival going on at the House of Pacific Relations.

So, the House of Finland has had to improvise to provide its members a sense of community in these self-isolating times. It has zoomed into Zoom culture with membership meetings every month. The Finish Lutheran Church in Poway continues to post Sunday Services online. There’s also hope that some type of Midsummer Party can be held virtually.

“We’d like to do something fun remotely this summer,” says Syvanen. “Finland won ‘happiest country in the world’ again this year.” And anyone who knows a few Finns knows that there is a national attempt at having national fun. For instance, Finnish pop musician Pave Maijanen promoted a virtual music festival that was televised throughout Finland in April. These types of events keep the Finnish people culturally united even while spread out around the globe.

For more info about the House of Pacific Relations and the 40-some cultures that are celebrated there…https://www.sdhpr.org/

And there it is! Another month of Stir Crazy. We’ve meandered through some eclectic topics here. But isn’t that what life during COVID is? Lots of meandering while we wait for something to become permanent again? We are now somewhere around Day 75 of the Corona crisis. And let’s face it: many of those 75 days have unfortunately been spent listening to the wheels spinning in our own heads. If this is going to be the new normal, we need to find new ways to connect with the people, groups, and activities around us. We are not alone! It just feels that way sometimes.

SEX! Now That I Have Your Attention…