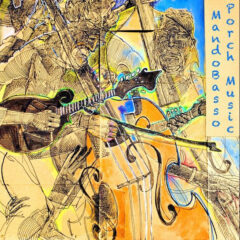 In Das Kapital, as well as his other published works, Karl Marx explained that greed is an artifact of capitalism, that it isn’t true to our human nature to desire more and more things. Research from social psychologists and even market researchers confirms that acquisitiveness is drilled into our psyches to enslave us to a system of work, trade, and exploitation. But deep down, we are not filled with greed and avarice. People really don’t want shiny new cars. They don’t want new dinette sets. They don’t want new wardrobes or more spirits for their liquor cabinets. People really don’t want big houses filled with appliances and furniture. They don’t want any of that bollyrot.

What people really want is timbre.

Yes, folks want timbre—deep, rich sounds they can feel down to their toes. Boys and girls, men and women, they want to hear the sonority of cellos. They want to fall under the spell of crashing cymbals and blaring bass trombones. People want the sounds of zithers and autoharps; they want the chimes of glockenspiels and the big, long bangs of Mongolian gongs. More than anything, people want great, wonderful, big, beautiful sounds. People want timbre.

With its unison-tuned double strings, nothing beats the mandolin for its beguiling timbre. And perhaps the king of timbre is the double bass. It’s a BIG instrument, with LOTS of timbre. From its low, low open strings to the highest notes of the instrument, we’re talking big time timbre here, folks.

Bringing these two marvelous instruments together are bassist Gunnar Biggs and mandolinist Bill Bradbury, who have just released their new disk, Porch Music. This collection of ten tunes is an absolute delight from beginning to end.

Porch Music is an apt name for this recording, as the intimacy of the soft-voiced instruments invites the listener in, sort of like what you’d expect from the bygone times when folks would spend afternoons or evenings on their porches playing music. This is Bradbury’s and Biggs’ second disc performing as the duo Mandobasso. If anything, the support and communication between these two musicians has grown stronger since their 2019 release.

There is great variety among the compositions, from the spritely “Stone Soup” and the semi-funky groove of “Mr. Hanford” to the Latin-based “Choro for Shadow.” Porch Music includes Telemann’s Canonic Sonata No. 3 Allegro Assai. Originally written for two violins, the bass and mandolin open up a lot of space in the 18th century composition. “Mahler” finds its inspiration from the Romantic composer and is fittingly the longest selection on the disk. Biggs well employs the capabilities of the double bass. His use of the arco enhances the lament titled “Wish.” In another portion of the disk he strikes the bass strings with the back of his bow, bringing forth bright, pinging notes.

Great care was taken in the recording of Porch Music. The clarity of the instruments comes through quite well. This disk is everything that I want from a CD, great performances of interesting music, and I can tap my toe from time to time. With no hesitation, I give Porch Music my highest endorsement.