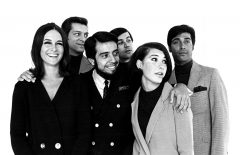 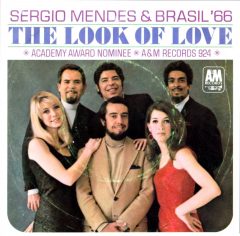 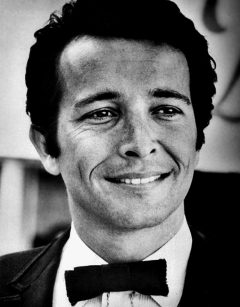 In 1966, all the major players of contemporary popular music at the time were able to deliver the goods. The Beatles, about to bring their increasingly dangerous life on the road to a (for them) merciful conclusion, were able to produce in the safe confines of Abbey Road Studios, their most sophisticated LP to date: Revolver. Brian Wilson followed up his magnificent statement on love’s peaks and valleys (the Beach Boys’ Pet Sounds album) with a single that floated along gently in an infinite universe of possibility. It was, of course, “Good Vibrations.” Bob Dylan, one of the earliest of rock artists to release a double album, continue to rattle the cage of his traditional folk audience with Blonde on Blonde, an audio runaway train where the Bard is gleefully breaking up furniture in order to keep the locomotive moving.

Out West, a gentler but still innovative musical revolution was taking take place in 1966. Musician Herb Alpert, co-founder of the highly successful A&M record label (see San Diego Troubadour, March 2016), was so keen on a newly signed act, that he lent his name to the group’s debut LP; Herb Alpert Presents Sergio Mendes and Brasil ’66. The album’s back cover featured straight forward liner notes by Alpert and the creative wordplay of Beatles’ Publicist Derek Taylor. Alpert’s hunch about the group would eventually exceed all expectations; for the remainder of the decade, the sound of Brasil ’66, a tempting mixture of bossa nova/samba and “Bacharachesque” arrangements, was seldom out of the spotlight. With consistent Top 40 hits, launched by the groundbreaking single,”Mas Que Nada,” Brasil ’66 was a fixture on AM radio, television variety shows, and concert stages around the globe. On November 1, Mendes will celebrate the 50th anniversary of Brasil ’66 with a concert at Solana Beach’s Belly Up Tavern.

The group’s name makes the 50th anniversary easy to remember. But Mendes’ own musical history goes back much further. He was born 75 years ago in Niteroi, a municipality of Rio de Janeiro. Raised in a family where the father was a physician, young Sergio was able to attend a conservatory where he studied classical piano. Vying for the young musicians’ attention was a musical force felt first in Brazil and soon the world: bossa nova. Serving as its courier was a handsome Brazilian guitarist/ pianist/arranger named Antonio Carlos Jobim. Many musicians in Rio called Jobim a mentor and Mendes was one of them. In 1961, Mendes released his first album, Dance Moderno, and the album illustration depicting a jet-set looking couple on their feet trying out some new steps effectively captured the spirit of the times.

Not surprisingly, American jazz musicians were anxious to jam and record with the Brazilians. The best-known example was when alto saxophonist Stan Getz teamed up with unknown Brazilian housewife Astrud Gilberto on the iconic “The Girl from Ipanema (1963).

Mendes soon was sought out for session and studio dates. Sergio is featured in alto saxophonist Cannonball Adderley’s LP, Cannonball’s Bossa Nova (1962). Famed jazz flautist Herbie Mann recruited Mendes on Mann’s Do the Bossa Nova with Herbie Mann (1962) and Latin Fever (1964). He even teamed up with his old mentor on Sergio Mendes’ The Swinger from Rio (with Antonio Carlos Jobim), which was released in the U.S. in 1966. Before Brasil ’66, there was Brasil ’65, with the distinctive vocals of legendary Brazilian singer Wanda de Sah out front and center. This band was heard on the albums In Person at the El Matador and Brasil ’65. The fortuitous year of 1966 also saw a Mendes solo album, Great Arrival, released. From Dance Moderno to Great Arrival, listeners heard strict jazz arrangements from Mendes rather than the jazz pop that Brasil ’66 became famous for.

Mendes’ business partner–an American named Richard Adler–came up with a game plan that would successfully launch Brasil ’66: the group should find two American vocalists who were adept at singing in Portuguese and English. Lani Hall (who would later marry Herb Alpert) and Bibi Vogel (who changed the plan by actually being Brazilian) were able to answer the call.

Concluding the lineup were Bob Matthews (bass, backing vocals), Jose Soares (percussion, backing vocals), and Joao Palma (drums). With the hit single of “Mas Que Nada,” Herb Alpert Presents Sergio Mendes and Brasil ’66 reached number seven on the Billboard album charts. Their second album, Equinox, brought the composer Cole Porter back into the American psyche when the group’s seductive version of “Night and Day” hit the airwaves. Already, changes in the group were apparent: Janis Hansen replaced Vogel and John Pisaro was brought in as a guitarist.

Look Around (1968) was album number three. The LP’s cheery title song was a Mendes composition co-written by the famed songwriting team of Alan and Marilyn Bergman. Look Around’s best known track was Burt Bacharach-Hal David’s “The Look of Love.” There was competition between this version and Dusty Springfield’s single release in a battle of the best seller charts. Brazil ’66 won the contest, reaching all the way to number four. The final entry in Mendes’ splendid quartet of albums had a Beatles’ song as its title. “Fool on the Hill” showcased Mendes’ talent as an arranger, with the song’s original composer, Paul McCartney, being one of the biggest supporters in Brasil ’66’s corner. Mendes later had the honor of performing the song live when Sir Paul was selected as the recipient of the 2011 MusiCares Awards. The Fool on the Hill album marked another transition in personnel. Karen Philipp was a new vocalist, and the captivating blonde would later achieve fame for playing Lieutenant
Dish in the first season of M*A*S*H*. Percussion dominated this recording, featuring standout work by Rubens Bassini, Sebastian Neto, and Dom Um Romao.

Other Brasil ’66 albums were released, but the chart positions the group enjoyed in the past became elusive. After the ’60s, the following decade was low-key for Mendes. Finally in 1983, Mendes staged a major comeback with the single, “Never Gonna Let You Go,” sung by Joe Pizzulo and written by Brill Building greats Barry Mann and Cynthia Weil. The song rocketed to number four on the charts and appeared on the album, Sergio Mendes.

For all his recognition in the Latin and World Music categories, the major moment in the spotlight for Mendes must had occurred four years ago. His album, Herb Alpert Presents Sergio Mendes and Brasil ’66 joined the 2012 class of “Historically Significant Recordings.” His LP was in good company: Dr. Martin Luther King Jr’s “I Have a Dream” Speech, the Rolling Stones’ Exile on Main Street, and Bruce Springsteen’s Born in the USA were among the other recordings to enter the class. These selections found a permanent home in the Grammy Hall of Fame.

What’s in store for the Belly Up Tavern show? Expect five decades of magic with some surprises in store. You and your neighbor will be encouraged to move to the beat (as if keeping still is even a viable option).

Sergio Mendes: The 50th Celebration of Brasil ’66 will be held on Tuesday, November 1, 8pm, at the Belly Up Tavern in Solana Beach. Visit www.bellyup.com for tickets.