January 2023
Vol. 22, No. 4
Lee Coulter and Wife Sharisse Coulter to Appear at Book Signing at Mission Playground January 2013
Lady Brain Presents “Home is Where the Art is” Holiday Party and Clothing Drive by Lindsay WhiteJanuary 2013
How Did You Get Here? by Chuck LapinskyJanuary 2013
Aging Rockers and Fixed Incomes by Paul RosengardJanuary 2013
Doors of Change: An Environment of Trust January 2013
Notes from Desert Trip by Matthew BurkeJanuary 2013
Hail the Conquering Groovies! by Steve ThornJanuary 2013
The Spring Harp Festival Blows into La Mesa on Saturday, March 26 by T.E. MattoxJanuary 2013
MARTIN GRUSIN: A Loving Tribute from his Daughter by Aryn GrusinJanuary 2013
Ballads and Blues with Jeffrey Joe and Eric Freeman January 2013
Advertisements

Lee Coulter, the acoustic, indie-pop artist known for his unique, lyrical sound, will be alongside his wife, Sharisse Coulter, for a book signing and live performance to showcase Sharisse’s newly released novel “Rock My World.”Â The contemporary fictional novel explores the various issues of being in the celebrity spotlight—from rock god to has-been. 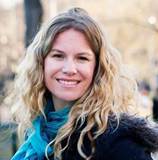 The book launch and signing event happensÂ Saturday, January 26th from 5:30 p.m. to 7:30 p.m. and is free to the public. This event will kick off the couple’s six-month cross country “A Novel Music Tour.” (Get a load of their tricked-out tour bus!) Find out more about their tour at http://www.anovelmusictour.com 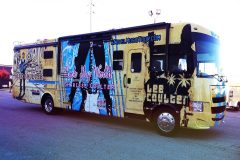 About Sharisse Coulter:
Sharisse Coulter, originally from Lake Tahoe, started with a smidge of college in Paris (not Texas), a dash in Australia and, voilÃ ! A master’s degree in Anthropology framed and placed lovingly on a shelf, never to be dusted off again. Instead, she took the clear path to success, marrying a musician, becoming his manager and touring the country playing gigs, taking photos, and making music videos. Finally, she had a son (and subsequent identity crisis), which fueled the completion of her first novel “Rock My World.”