January 2023
Vol. 22, No. 4
JW-Jones Breaks the Ice by Tim MattoxOctober 2015
Lady Brain Presents “Home is Where the Art is” Holiday Party and Clothing Drive by Lindsay WhiteOctober 2015
How Did You Get Here? by Chuck LapinskyOctober 2015
Aging Rockers and Fixed Incomes by Paul RosengardOctober 2015
Doors of Change: An Environment of Trust October 2015
Notes from Desert Trip by Matthew BurkeOctober 2015
Hail the Conquering Groovies! by Steve ThornOctober 2015
The Spring Harp Festival Blows into La Mesa on Saturday, March 26 by T.E. MattoxOctober 2015
MARTIN GRUSIN: A Loving Tribute from his Daughter by Aryn GrusinOctober 2015
Ballads and Blues with Jeffrey Joe and Eric Freeman October 2015
Advertisements 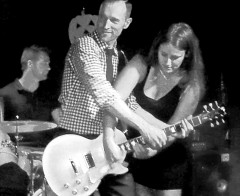 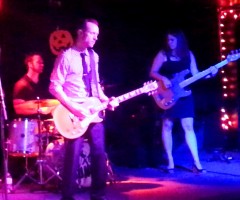 Canadian JW-Jones is on a tear and he’s headed south. The Ottawa guitarist rolls into Proud Mary’s for just one night with his ground-shaking rhythm section bassist, Laura Greenburg and drummer, Jamie Holmes on Thursday October 29th. The bands current six-week tour behind their Juno Award-nominated Album of the Year, Belmont Boulevard, is posting notice: the blues has no borders.

Jones says he was just a kid when he saw B.B. King in concert and admits, “It changed my life.” It was an experience that would become a lifelong pursuit of continued discovery. “I just like so many styles of blues,” JW said. “I love Kim Wilson and the Fabulous Thunderbirds and Jimmie Vaughan. You know, they’re into all that swamp stuff and the Gulf blues but I also like the swingier stuff like Little Charlie Baty. I love it all; I don’t want to play ONLY Chicago blues, I don’t want to ONLY play Texas blues… I just love it all. We try to make it all wrap up into the same kind of package where you can dance to it and have a good time.”

Jones says this tour the band is excited about returning to San Diego and digging deeper into the Belmont Boulevard catalog as well as the wealth of material from their seven previous recordings. Variety in this case is the spice of life and JW-Jones has an amplified rack full.

The JW-Jones band hits Proud Mary’s stage in Kearney Mesa, Thursday, October 29th at 8pm. So bring your dancing shoes and check it out, eh?

Sinatra at the Century Mark