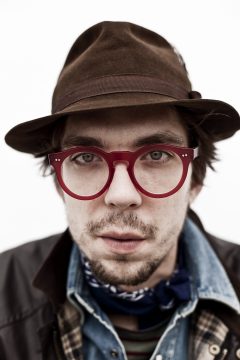 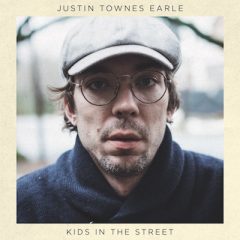 What is it that makes Justin Townes Earle so unique? Even as he carries two names that could easily weigh him down–and maybe it has in the past, but not today. He was named after his father, Steve Earle’s mentor and friend Townes Van Zandt. His father has his own legendary career strewn with tragedy, recover,y and moments of pure musical bliss. But, Justin Townes Earle has grown into something of a unique artist. Maybe there’s something in the water in East Nashville where he was raised. Maybe it’s a collision and collusion of his wildly gifted gene pool, and with his dad in his blood there’s most likely no shortage of the tweak in the brain that leans Earle toward addiction. He has waged his battles, paid his dues, and is now in his seventh year of sobriety.

Maybe it’s just that this artist is a true artist in his own right. His solo career has stood on its own for well over a decade. At 35, he has good start on a country-soul legacy with songs about his troubled past. Addiction, yes, it is part of his story. Rowdy life style and a penchant for trouble like his dad? Yes to that too. Today he’s danced the 12-step boogie into a balanced life.

Whatever it is that drives this young troubadour, he has an original soul that shows up in his songwriting in its authenticity and soulfulness. The overriding theme of his albums have been about a youth sometimes misspent, sometimes full of discovery, but ultimately someone who lived in wake of divorce and the ravages of addiction, which leave families and their children broken.

With so much to write about, the originality he comes by isn’t without its influences. His dad is there, of course. Not so much as a role-model or a touchstone for style, but for the expected, but subtle vocal resemblance, even as young Earle leans on his own talent to create a world view that is filled with loneliness, regret, reflection and a fair share of hope and redemption.

There are ghosts in this music. He stands apart from other songwriters of his generation. His directness makes him stand out in the crowd of many other songwriters his age who are immersed in self-pity and self-absorption. But, the ghosts in the stream of his music, the ones that run through so clearly include Tim Hardin. Willie Nelson’s there in the sheer originality and unique approach to song subjects. Mississippi John Hurt informs his guitar-picking style. There’s a sly and sad-eyed tip of the hat in his sound for his name sake, Townes Van Zandt. But, he never imitates; he comes across it naturally.

So, his new album, Kids in the Street, is a kind of fulfillment that is delivered in a progression of albums that has him exploring the hardness of life with unrelenting honesty. His follow-up album to his award-winning Harlem River Blues album, 2012’sÂ  Nothing’s Gonna Change the Way You Feel About Me Now took him stylistically away from the safety of his well-honed country-blues, which so dominates his previous work. It was a career risk. He had developed and gained recognition for Harlem River Blues. It would have been easy to keep the train rolling through the North Carolina Piedmont territory. Instead, 2012’s Nothing’s Gonna Change the Way You Feel About Me Now finds Earle sonically in Memphis with Stax and a dash of Muscle Shoals soul. The horns and arrangements helped Earle develop the R&B traces that have continued to run through his music to the present day. It’s a sound that is remarkably successful resulting in an infectious and soulful blend. “Unexpected” would be the word that best fit this career turn.

The style departure wasn’t the only difference. Lyrically, the album stands like a dividing line between complacency and progression. This pilgrim goes for his own kind of progress on Nothing’s Gonna Change the Way You Feel About Me Now. He explores his own wounds with courage and honesty. There are references to his father and mother. This is the singular view of an artist who is working through the pain of his childhood. It is an example of an artist who could have easily played it safe, but instead takes that “road less traveled” as he exposes and explores childhood pain.

The risk paid off. While many in the roots and Americana world scratched their heads and wondered what this young artist was up to, Rolling Stone named the album one of the top 50 of the year. The magazine’s quote must be one that may have caused some ripples through his family line: “The son of country-rock renegade father Steve Earle has grown into a songwriter to rival his dad.”

His next two releases, which were really the result of one season of writing and recording, titled 2014’s Single Mothers and 2015’s Absent Fathers, are alter egos to Nothing’s Gonna Change the Way You Feel About Me Now as they continue his internal exploration of honesty and emotional and musical authenticity. However, they slowly return to a stripped down, country-based sound even while the Memphis influence remains. But, like their predecessor, the subject and the lyrics explore the pain that runs through the stream of a troubled childhood.

So, with the first steady opening drumbeat of the opening song of Kids on the Street, “Champagne Corolla,” for those of us who have followed this vital artist can breathe a sigh of relief. This is Justin Townes Earle at play. This is an artist whose lessons from the past have been learned and for whom a new chapter has opened. When he looks back, his memories are bittersweet but without regret. The misty country melancholy is still there, but on many of the songs there is a rock and R&B kick like the ghost of Gene Vincent or the R&B Memphis horns driving and underpinning the soul of the sound. “Champagne Corolla” is a car song that, like all classic car songs, romances the girl driving the car. The song that follows, “Maybe a Moment,” is another song about movement. Musically and the subject tread carefully around Springsteen territory with signs posted that read, “Born to Run,” “Thunder Road,” DO NOT TRESPASSS!” Of course, Earle heads straight into a story song about coming of age, getting out on the road and cutting loose. But, what he finds is dark and full of shadows. His characters here are quirky, dark, and lonely as Earle puts his tongue in his cheek and sings,

The song de-romanticizes road songs even as the music makes us want to dance. Earle said of the song, in a recent interview with Billboard, “It’s one of the more autobiographical songs I’ve ever written. When we were kids in Nashville whose parents wouldn’t pay attention to you, we’d stay out all night. By 12 and 13 I would jump in a car with older boys and go to Memphis to see punk rock shows, drink Olde English 800s, smoke, and try to get back before school–before we quit that and stopped going to school. We were doing all sorts of things we weren’t supposed to do at fairly young ages. Looking back nostalgically now I wouldn’t want to do it again, but there’s something amazing I always remember about that, getting into the car and taking off on the highway with a bunch of idiots.”
“I Wonder What She’s Crying For,” returns Earle to his pure country-western roots. It’s a gem of a honky-tonk song that allows the artist to paint a lyrical song portrait of a lonely, beautiful lady. The pedal steel guitar soars on this song as Earle re-energizes an age-old honky-tonk subject with originality and a strong sense of irony.
“15 to 25” is a straight-ahead rocker stylistically culled from Memphis rock ‘n’ roll with a stream of New Orleans funk running through it. The song talks about the perilous ten years of life that lies in waiting for kids between 15 to 25-as he sings of being, “in the wind, strung out like a kite.”
The title song, “Kids in the Street,” Earle goes beautifully acoustic solo with the nostalgic and reflective lyrics that sketches out universal images of a youth gone away. In many ways, the song is the centerpiece of the album and of his career up to now, which has been spent writing about many of the torrents and torments of his childhood. The song as recorded, the texture in his voice and the refrain of remembering shows an artist who has lived through, worked through and accepted the pain of the past. He has moved beyond it now, but he takes one more moment to remember it with sadness and affection.
“Faded Valentine” is in the direct country-roots mode. With a beautiful acoustic mandolin that plays alongside Earle’s vocal, the song is–like “What She’s Crying For”–a country traditional song re-energized and resurrected with comfort and grace.
The remainder of this album, which is without a doubt Earle’s best to date, runs through straight-forward country blues (“Same Old Stagolee”) and soulful stirring (“You May Think I’m the Devil”), and a stellar solo acoustic interpretation of Paul Simon’s “Graceland.” It is the worth the price of admission to hear Earle’s beautifully rendered Piedmont guitar picking to the words and melody of this song about the home of Elvis in Memphis. It’s the final note of redemption and hope for an artist who has grown into something that borders on his own hard-fought greatness. We hope this is one more jewel in the string of musical diamonds this artist has strewn around the Americana landscape for the last ten years.

Justin Townes Earle will be at the Music Box on June 4 at 8pm, 1337 India St. in Little Italy. For ticket info: http://musicboxsd.com/