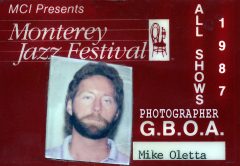 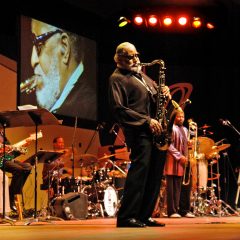 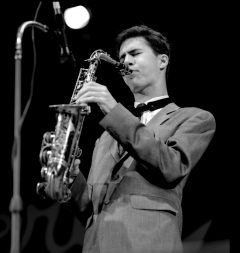 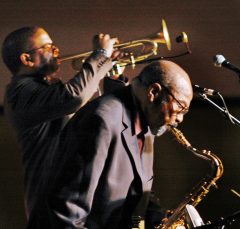 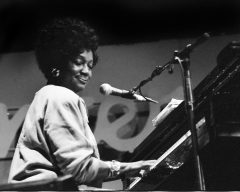 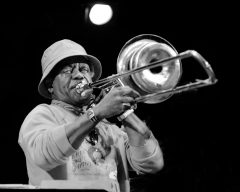 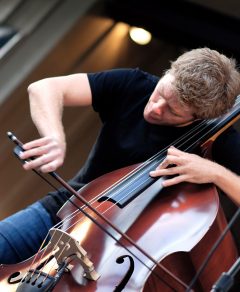 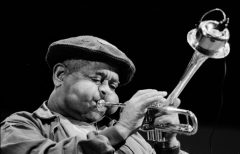 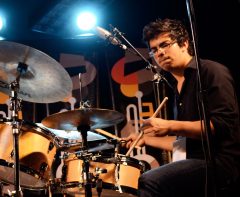 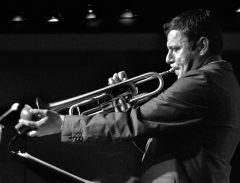 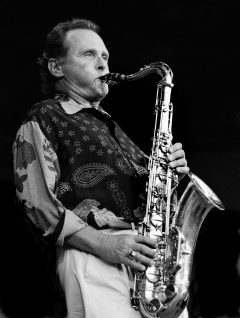 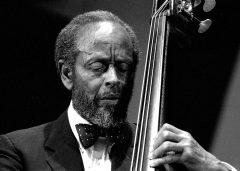 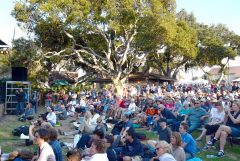 The longest running Jazz Festival in the world celebrates its 60th birthday this month in beautiful Monterey, California. If you love live music and especially jazz, the Monterey Jazz Festival should be near the top of your bucket list. For three long days some of the best jazz musicians from around the world gather at the Monterey County Fairgrounds for a mix of jazz, blues, and gospel performances. The festival is part musical event, part family reunion, and part picnic. There’s something for everyone, including jazz films and panel discussions with the giants of jazz. The vibe is mellow and the jazz fans are content.The only distraction is the noise from the low-flying planes landing at the nearby airport, but even that has become part of the MJF experience. Several performers have worked the sounds into their solos and many live recordings include the passing aircraft.

The Monterey Jazz Festival was conceived around 1956 when Jimmy Lyons, a disc jockey from San Francisco, got together with his friend Ralph Gleason to plan a West Coast jazz festival. They chose the oak-tree covered acres of the fairgrounds near central Monterey. The first festival opened in 1958 with a list of performers that included Louis Armstrong, Billy Holiday, Dave Brubeck, Gerry Mulligan, and Dizzy Gillespie. Each year the festival featured the best that jazz had to offer and a variety of musical styles. Even Janis Joplin and Big Brother and the Holding Company graced the stage in 1967, a year that included Dizzy Gillespie, Richie Havens, and B.B. King. In the early 1990s artistic director Tim Jackson took over the reigns. He is supported by a board of directors that includes jazz fan Clint Eastwood (whose son Kyle is a successful composer and jazz bassist), many eager volunteers, and what I consider to be the best stage crews anywhere. The festival was incorporated early on as a nonprofit and contributes around $700,00 annually to jazz education. MJF programs include summer jazz camps, clinics with professional jazz artists, and scholarships. Each year the best student musicians in the country are featured on Sunday at several venues. Many of these gifted kids have returned to Monterey as mature successful jazz artists.

San Diego is lucky to have many outstanding jazz musicians, several of whom have performed at MJF over the years. In 1964 Charles McPherson shared the stage with Charles Mingus. Mundell Lowe appeared several times throughout the 1970s and 1980s. Holly Hofmann and Mike Wofford were there in 2004. The great James Moody was a favorite of the festival. The list goes on to include Gilbert Castellanos, Glenn Fisher, Dan Papaila, Chase Morrin, Fernando Gomez, Christopher Hollyday and long-time San Diegans Jeannie and Jimmy Cheatham. The Cheathams and their powerful band had fans dancing in the isles back in 1988.

I’ve had the privilege to photograph the Monterey Jazz Festival for the past 30 years. The third weekend of September will find me in my element. My days start early in the morning and end early the next morning. It takes a combination of stamina and diligence to be in the right place at the right time and successfully capture the music in a photo. Being in the right place has paid off with some special moments for this jazz fan. I’ve had the pleasure to talk about bass technique with Percy Heath of the Modern Jazz Quartet and hang out backstage with Dizzy Gillespie, Oscar Peterson, and Stan Getz. One night, long after the festival ended, I found myself in a long, soulful conversation with the amazing Sonny Rollins. Like most of the jazz musicians I’ve met at Monterey he was humble and appreciative.

The best part of the three days in Monterey (other than the music, of course) is the people you meet. A simple lunch or dinner break at a picnic table under the oak trees will include wonderful jazz conversations and new friendships.The jazz fans are patient and polite. It’s all about sharing a common passion for the music. You meet people from all walks of life that are incredibly knowledgeable about the music form and its long history. As day turns into night, herds of these “Jazzers” shuffle around the fairgrounds, creating a film-like scenario as the low sun shines through the dust and silhouettes the crowd. The soundtrack is a blend of music leaking from the many venues. The air is mix of ocean breeze and aromas from the many ethnic and traditional food vendors that fill the food court. It all adds up to the magic of MJF and the reason for its continued success. Music is the universal language and it’s immediately apparent at this event.

If you plan to attend the festival get there early for best parking. Shuttles are also provided. Monterey is a popular destination and hotels can be expensive and hard to book. Check the nearby small towns for cheaper rates. Information regarding tickets, performances, etc. can be found at www.montereyjazzfestival.org

Michael Oletta is a professional photographer in San Diego. He has photographed the local jazz scene since the late 1970s. www.olettajazz.com

Aloha Walter and Donald: Piercing the Veil Through the Zen of Steely Dan

JERRY RUBIN: DiD iT! A Walking Contradiction–From Yippie to Yuppie