February 2023
Vol. 22, No. 5
The U.S.A. Songwriting Competition Now Accepting Entries March 2013
Lady Brain Presents “Home is Where the Art is” Holiday Party and Clothing Drive by Lindsay WhiteMarch 2013
How Did You Get Here? by Chuck LapinskyMarch 2013
Aging Rockers and Fixed Incomes by Paul RosengardMarch 2013
Doors of Change: An Environment of Trust March 2013
Notes from Desert Trip by Matthew BurkeMarch 2013
Hail the Conquering Groovies! by Steve ThornMarch 2013
The Spring Harp Festival Blows into La Mesa on Saturday, March 26 by T.E. MattoxMarch 2013
MARTIN GRUSIN: A Loving Tribute from his Daughter by Aryn GrusinMarch 2013
Ballads and Blues with Jeffrey Joe and Eric Freeman March 2013
Advertisements 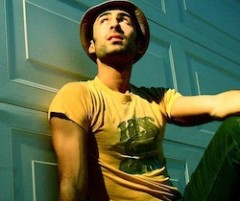 USA Songwriting Competition artists have a long history of receiving recording and publishing contracts, and getting their songs placed on the charts and in film/television. The top two winners of 2011, Nenna Yvonne and Alexander Cardinale, were signed to Interscope Records after their wins. The 2007 winner hit the Billboard Top Ten with his winning song. The 2005 winner of the Country category had his winning song cut by Country Superstar Faith Hill. The 2005 winner of the Pop catebory was signed by Interscope Records and went on to hit T0p Ten on the Billboard 200 Album Charts. A 2008 winner appeared on David Letterman and was signed to a record label.

For more information on how to enter this year’s contest, please visit www.songwriting.net. Early entry bonuses apply for the first 1,000 submissions. Up to 6 songs can be entered at $35 per entry. Last day to enter is May 31, 2013. Good luck!