February 2023
Vol. 22, No. 5
SUMMERGRASS Is Fun for Everyone!! by Yvonne TatarAugust 2013
Back with a Bang! Java Joe's Reunion at San Diego Folk Heritage by J.T. MoringAugust 2013
Book Review: The Philosophy of Modern Song by Bob Dylan by Ted BurkeAugust 2013
Rick Nash: Bass Man in Demand by Wayne RikerAugust 2013
Mod Revivalists the Trebels to Reunite for 40th Anniversary Show by Jim TrageserAugust 2013
If Music Be the Food of Love, Play On: Dually Noted Pairs Fine Food and Fine Music by Paul HomiczAugust 2013
Harold in the Land of Jazz by Bart MendozaAugust 2013
Sephardic Dance and Music by Yale StromAugust 2013
Loretta Lynn: A Special Tribute to the Queen of Honky Tonk by Terry Paul RolandAugust 2013
Ben Grace Gilmore: It's All About Building Community by Sandé LollisAugust 2013
Advertisements 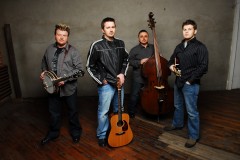 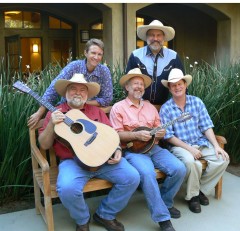 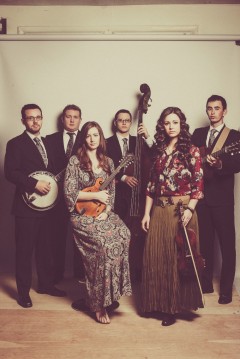 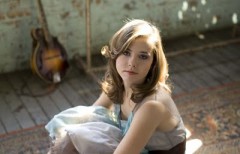 For 10 years spectacular bluegrass music from around the world has graced the Summergrass stage. This month Summergrass continues this tradition by bringing another stellar musical lineup to Southern California with NewFound Road, Sierra Hull, Bluegrass Etc., Flatt Lonesome, Frank Solivan and Dirty Kitchen, Old Town Road, Next Generation, the Roustabouts, Gone Tomorrow, Box Canyon, Bluegrass Brethren, Front Porch Preservation Society, and Full Deck. In addition, this year’s Summergrass proudly celebrates Kids Camp’s 10th anniversary with the return of Flatt Lonesome as the primary Kids Camp faculty. Flatt Lonesome is a young group of pickers hailing from Florida and deeply rooted in bluegrass music’s historic classics. Kids Camp kids attendees enjoy a three-day, hands-on experience as they learn to play and sing bluegrass music. This model camp culminates with their Sunday main stage performance! Back by popular demand, Sid Lewis returns to teach his very popular Jamming 101 at our Summergrass San Diego 2013 festival! Using humor and skill, Sid teaches even the novice player how to successfully participate in a bluegrass jam. This music workshop, along with many others led by the pros, are included in the admission fee. Other activities include the Rancho Adobe tours, the model railroad museum, and the Weaver’s Barn, located at the Antique Gas & Steam Engine Museum, the historical venue for Summergrass. The museum also has a plethora of static displays of historical farm and machinery equipment.

Other scheduled workshops include the traditional mandolin workshop with Sierra Hull, the Get Acquainted Jam on Friday night, Meet the Bands (Bluegrass Etc. and Sierra Hull), Dulcimer workshops, Shape-Note Singing, and Sunday morning Chapel Service with the Hot Rod Preacher.

The much-anticipated Summergrass raffle offers a Martin HD-28E Retro Guitar this year. Martin Guitar Company describes the guitar as “string acoustic-electric guitar with Indian Rosewood back and sides, Sitka Spruce top, bold herringbone inlays, custom Fishman F1 Aura plus electronics, and a hardshell case — vintage natural.” What a spectacular raffle item! There will also be additional great 2013 raffle instruments offered with a Goodtime Banjo from Deering Banjos and a LM 600 Loar mandolin from the Music Link. Raffle tickets are available before and during the event, with the drawing on Sunday, August 18 at 3 pm at the festival. Check the festival website for the latest raffle updates. Three raffle winners tell their stories of winning their instruments at last year’s Summergrass.

Eric Webb, a first timer to Summergrass, experienced an especially thrilling weekend at the 2012 festival when he became the winner of the Martin D-18 in the Summergrass instrument raffle. When he arrived at the festival and saw the great Martin guitar raffle prize he decided to buy raffle tickets. The D-18 model was actually on his “wish list” of guitars to own one day.

Eric lives in nearby Fallbrook and works as a dispatcher for a tow company. He learned about Summergrass when “a co-worker heard me listening to some bluegrass in my office one morning and she told me about a festival her parents had gone to that was in Vista. So I Googled ‘Bluegrass festival, Vista’ and found Summergrass.”

He attended the 2012 festival with his girlfriend Dawn and his daughter Ava, who all enjoyed their “rookie” year at Summergrass. “I liked it very much. It was very family friendly and had great music. I am looking forward to this year’s festival. Our whole family enjoyed it.”

Eric plays guitar but has never taken actual lessons. He does have learning support around him though. “I grew up with family members who play. And I’m constantly watching lessons on YouTube and have my instructional DVDs.”

He also wants to say he is really enjoying the Martin D-18 guitar and has a funny story to share. “Winning the guitar made my younger brother (who lives in Virginia and is a real good picker — way better than me) pretty jealous because he had been looking around and contemplating getting a Martin D-18 or the D-18v model for quite awhile. He had talked to me about it numerous times (both of us have a Martin D-15M) and then I called him up and told I had won one! He has made me numerous offers to buy it, and I have gotten other offers from family members and friends. Even though some of those offers have been pretty nice, I’ve told them all that I’m never going to sell it — not just because of how much I love it, but also because of the cool story behind how I won it.”

“I still can’t believe I won such a great banjo!” is the reaction from Rocco Petrillo, winner of the Deering Goodtimes Banjo at Summergrass last year. He wants to thank Deering Banjos and Summergrass for that raffle opportunity to win this instrument. “I want them both to know I’m putting the banjo to good use.”

Rocco grew up playing drums but he had coincidentally also started tinkering with the banjo just prior to Summergrass. “I always wanted to learn the banjo after I took a college music class and was introduced to Bela Fleck’s music.”

One he had won the Goodtime Banjo, he couldn’t put it down and began practicing a couple of times a week. “I am a huge Mumford & Sons fan, and have been teaching myself how to play their songs.”

Rocco had heard of Deering Banjos prior to his win, and mentions, “I love that they are based right here in San Diego.” He is very happy with the quality of the Goodtimes and has also purchased a Deering banjo strap and armrest. “I’m in love with their products.”

Living in Encinitas, he learned about Summergrass when he initially searched online for events and festivals in the area. When he saw Summergrass listed and happening in nearby Vista, he “knew he just had to go.”

Once at the festival, Rocco wanted to take in the whole experience, so he walked around entire the grounds. He happened upon the raffle booth and saw the instruments displayed there. “I had to try my luck and definitely put the majority of my tickets into the Goodtimes banjo bucket.” He thoroughly enjoyed the festival setting at the Antique Gas & Steam Engine Museum and really liked seeing the jammers playing around the festival. “The concerts and performances were awesome. I can’t wait for Summergrass 2013!”

Mandolin winner Mike Richmond has a raffle win story. “My wife and I have camped at Summergrass almost every year since 2005. I have purchased $20 worth of raffle tickets and put them all in the mandolin bucket each year I’ve attended… a tradition, you know,” explains Mike Richmond, winner of the Summergrass Loar Mandolin raffle last year.

Ever since Mike saw Bill Monroe perform at Grass Valley in the 1980s, he has been fantasizing about playing the mandolin. While in high school and college, he did some singing in musical productions and even played the drums for awhile, but he had never touched a stringed instrument.

Mike regularly attended the Grass Valley festival when he lived in Northern California. When he moved to San Diego, “we searched the internet for bluegrass festivals and found Summergrass.” He has also become a member of San Diego Bluegrass Society. He notes, “We really like the Summergrass location and have been impressed with the well-organized efforts by the sponsors and volunteers to make it a family friendly bluegrass event.” Attending the festival has been a family outing as his daughter and son-in-law have also attended Summergrass with them.

A few years ago Mike purchased an A-style mandolin and took a few lessons. He quickly saw a steep learning curve ahead. “After winning the Loar mandolin, I gave my A-style to my daughter Cheyenne, who plays the violin and viola. She now has challenged me to practice more, so I think I need to take more lessons, which may happen later this year.”
Looking back over his Summergrass experiences, Mike adds that, “Hats off to the many people who put their time and energy into keeping Summergrass alive. I’m honored to have had the opportunity to be a rare winner of the Loar.” Summergrass is proud to be able to produce the festival for the many appreciative fans like Mike Richmond, Rocco Petrillo, and Eric Webb.

Good times for all! Summergrass 2013 promises to bring another stellar musical weekend with top-notch bands, another great instrument raffle, workshops like Jamming 101 and Shape-Note Singing, Kids Camp, activities for the family, on-site camping, impromptu jamming, unique vendors, and delicious food. All this in the rural farm setting at the historic museum grounds.

It’s all happening Friday through Sunday August 16-18 at 2040 N. Santa Fe Road, Vista, CA 92083. Tickets are available for purchase in a number of ways: online at www.summergrass.net, phoning 858-679-4854, by mailing in the back of the festival flyer available at all the SDBS and NCBGFC meetings. Tickets are also available at Buffalo Brothers, Buffalo Brothers South, and at the museum itself. For more information, please call 858-386-8459.