February 2023
Vol. 22, No. 5
Old and New Friends Come Together for GATOR BY THE BAY by Paul HormickMay 2013
Jeff Beck: A Tribute by Ted BurkeMay 2013
Marcus Petronius Bashore: The Best Seat in the House by T.E. MattoxMay 2013
Pacific Wave: A Surfin’ Safari May 2013
The Winter Dance Party 1959: The Night the Music Lived by Terry RolandMay 2013
Back with a Bang! Java Joe's Reunion at San Diego Folk Heritage by J.T. MoringMay 2013
Book Review: The Philosophy of Modern Song by Bob Dylan by Ted BurkeMay 2013
Rick Nash: Bass Man in Demand by Wayne RikerMay 2013
Mod Revivalists the Trebels to Reunite for 40th Anniversary Show by Jim TrageserMay 2013
If Music Be the Food of Love, Play On: Dually Noted Pairs Fine Food and Fine Music by Paul HomiczMay 2013
Advertisements 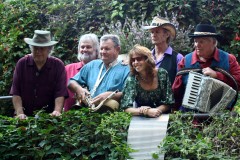 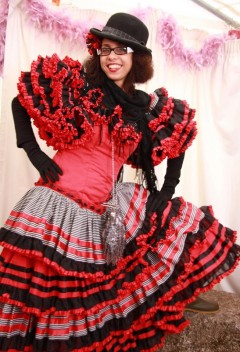 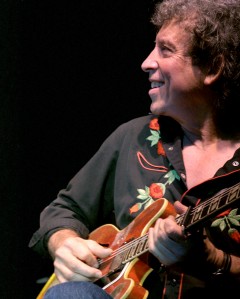 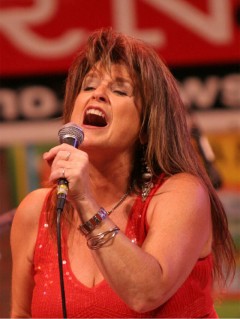 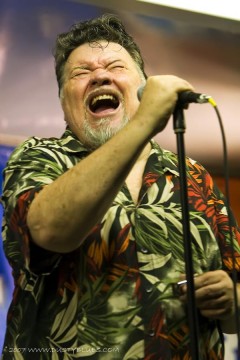 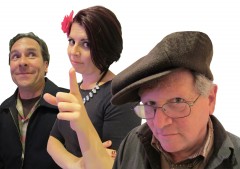 This year’s Gator by the Bay promises to bring to Spanish Landing this Mother’s Day weekend some old favorites, as well as some new sounds and performers.

Having performed at every Gator by the Bay since its inception, the Bayou Brothers return this year with their proven repertoire of high-energy zydeco. “We’ve been together since 96,” says Rick Lee, who plays drums for the band. “We formed the band to play at a backyard party. We played the party, then got another gig, then another, then a couple more, then a few more after that. And after all these years, we’re still here.”

A native southern Californian who grew up and went to school in Coronado, Lee’s connection to the sounds of the south and Louisiana come from his southern ancestors. (Yes, the last name Lee comes from Robert E. Lee, a not-too-distant ancestor.) From a very early age he knew he wanted to be a drummer. “Where I grew up, there was a garage down below from us, and the family who lived down there, that’s where their teenage son lived — in the garage. He played the drums and I saw him playing there and it just kind of hit me and I thought, ‘That’s what I want to do with my life.’” Lee fashioned his first pair of drumsticks from scrap wood and started playing drums when he was ten years old.

He played in rock bands growing up and attributes much of his love of music to his high school marching band, the Coronado Islanders. “We were a small band and our band instructor would tell us that we would have to play everything times three,” says Lee. “That’s where I learned to play orchestral music and jazz. We had that great combination of formal and informal training. Our band instructor, Bob Demmin, arrived from playing in a surf band in Denver. He had a Telecaster in one hand and a trumpet in the other. And he was crazy about Elvis.”

The Bayou Brothers play traditional zydeco music. They do, however, mix things up a bit from time to time with a Beatles’ hit or other pop tune receiving a zydeco treatment. “The drumming in zydeco is really driving,” says Lee. “I fell in love with zydeco and I have so much fun with it. And we’ve become such a great band and climbed up in status playing the festivals and touring. Playing Gator by the Bay keeps us in touch with our roots here in San Diego.”

John Chambers plays the squeeze box in the Bayou Brothers. Like a million other eight-year-olds in the late fifties, Chambers played the accordion, the most popular instrument in the country at the time. When he was 14, the Beatles made their first trip to America. Chambers took note of both their great popularity, as well as the obvious lack of an accordion among the Fab Four. He switched to keyboards. In ’96, with the Bayou Brothers, he switched back to his original instrument.

Roger Dashle plays both electric bass and double bass in the Bayou Brothers. After serving in the Air Force, Dashle lived in Louisiana for several years, where he soaked up Cajun, zydeco, and the culture of the Deep South. Thom Podgoretsky grew up in California and began playing saxophone at the age of seven. His musical career includes busking in the streets of Paris. Working as a disaster inspector after hurricane Katrina brought him close to and fostered an appreciation of Louisiana’s culture and traditions.

The Bayou Brothers includes a female sibling as well. Judy Seid plays the rubboard, the instrument that turns a human being into a big washboard. Known for her high energy, Seid is a former member of the Bontemps Social Club of San Diego. Jessica Lee, Rick Lee’s daughter, sometimes fills in or doubles on rubboard. Los Angeles native Charles “Lake Charles” Burton is a 40-year veteran of playing blues, country, and American roots music. He has toured the world, and if the Guinness Book of World Records has a category for “Most Intense Music Tour of Scandinavia,” Burton would receive the award, having played over 200 gigs in seven months in Sweden and Norway.

Adding a new element to the Bayou Brothers for a performance on Saturday afternoon will be Mama Tokas, a poetess and singer who is unabashed in her approach to lyrics and performance. With influences such as Dinah Washington, Tina Turner, and Sister Rosetta Tharpe, Mama Tokas was introduced to American singers and music by her grandmother. She also became an autodidact for American blues and jazz as a teen when she rummaged through used record stores for American labels. She met the Bayou Brothers during one of the band’s tours in Britain and while both were performing at a music festival in Plymouth. “Aside from their incredible musicality, I really love their sense of entertainment,” Mama Tokas says of the Bayou Brothers. “When I saw them in the UK, they impressed me and the rest of the audience with their energies and how they reached out to people, got people involved and participating. I’m sure lots of people went home that night with some great memories, and I like musicians who go all out to give something back to audiences.”

A soul and nu-soul performer, Mama Tokas confesses that zydeco is something new for her to be performing. “I’ve got a few Clifton Chenier tracks knocking about in my record collection,” she says. “And the music is so infectious and danceable. I think there’s going to be a beautiful crossover here. In fact, I’ve written a track especially for me and the Bayou Brothers to perform that’s half calypso and half zydeco. I call it ‘Calydeco’”
Mama Tokas adds a new dimension to Gator by the Bay, being the first artist from overseas to perform at the festival. “I’m so excited to be coming to San Diego,” she says. “I’m a newbie to your city, but it looks fantastic. It looks vibrant, cultural, and musical, and it’s got a lot more sunshine than Britain has at the moment. This is my first USA tour, although I’ve visited several times in the past, so this is a really big deal for me as an artist. Thank you in advance for having me.”

Peter Oliver, of Peter Oliver Productions and the person who started Gator by the Bay, says that there are other new performers at Gator by the Bay. “There are two acts that we’ve added to the line up this year that are especially exciting,” he says. “Jessica Fichot is from Long Beach and is of both Asian and French heritage. She sings what is called French Gypsy music and is considered a French chanteuse. A real special treat, she’ll be performing three separate times. Friday, Saturday, and at the Bayou Grove.

“We also have three buskers, called Todd Waits Pigpen. They’re three young fellows who are just the coolest. I challenge anybody to not get up and dance when they play. They will be performing on stage Friday and Saturday and buskering around the festival. They’re on tour for two months in southern California.”

“Of course we have many great returning acts. James Harman and Elvin Bishop will be here. They’re national headliners. And we’ve added a Latin element. Over the years we’ve added blues, jazz, and bluegrass; it seemed like a natural evolution to add Latin performers and reach out to our Latin community in San Diego.”

Some of San Diego’s best will return to Gator by the Bay. Robin Henkel, Whitney Shay, and Billy Watson, all headliners in their own right, will be teaming up for a performance on Sunday afternoon. San Diego’s Queen of Boogie Woogie, Sue Palmer, who occasionally performs with the Bayou Brothers, returns to Gator by the Bay for a Saturday afternoon performance. Michele Lundeen will perform a tribute to the late Koko Taylor. And Len Rainey will bring his brand of serious blues with his Midnight Players.

As much as music, food is a central component of Louisiana culture. It’s been said that one of the best things about New Orleans is that total strangers will tell you what they plan on eating a week from now. In this tradition, Gator by the Bay features “Taste of Louisiana” cooking demos, in which members of the Mesa College Culinary Arts Department prepare favorite dishes of the Delta and share with attendees some of the history of the food, such as gumbo and jambalaya. They will explain the differences between Creole and Cajun as well as the origins of the cuisine in France, Spain, and Africa.

Begun last year and continuing this year is the “Visit Louisiana Sweepstakes.” At no extra charge to ticket holders, the sweepstakes offers round-trip airfare, a four-day and three-night hotel stay in downtown New Orleans, and tours of the city and swamplands. To become eligible, ticket holders just need to register at one of the Visit Louisiana booths that will be situated at either end of the festival.

Always a family-friendly event, children under 17 accompanied by a paying adult are admitted free. Kids can play at a safe, all-fenced-in park. They can make colorful hats out of paper grocery bags or play on the rolling terrain of Spanish Landing.

Activities include a sort of Mardi Gras mid-day parade, complete with San Diego’s own Euphoria Brass Band. And what kind of parade would it be without beads? You may even learn the fine art of the second line at Gator by the Bay. There is also the Bayou Grove, a quiet shady area with a small low stage, which is designed to get you up close and personal with some of the headlining musicians. In this more intimate setting these artists can demonstrate their crafts and answer questions about their instruments, their music, and their backgrounds.

Kickstarticle: An Article about Kickstarter