January 2023
Vol. 22, No. 4
Jazz Jam at 3rd Space by Paul HormickSeptember 2015
Lady Brain Presents “Home is Where the Art is” Holiday Party and Clothing Drive by Lindsay WhiteSeptember 2015
How Did You Get Here? by Chuck LapinskySeptember 2015
Aging Rockers and Fixed Incomes by Paul RosengardSeptember 2015
Doors of Change: An Environment of Trust September 2015
Notes from Desert Trip by Matthew BurkeSeptember 2015
Hail the Conquering Groovies! by Steve ThornSeptember 2015
The Spring Harp Festival Blows into La Mesa on Saturday, March 26 by T.E. MattoxSeptember 2015
MARTIN GRUSIN: A Loving Tribute from his Daughter by Aryn GrusinSeptember 2015
Ballads and Blues with Jeffrey Joe and Eric Freeman September 2015
Advertisements 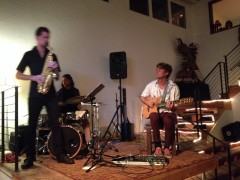 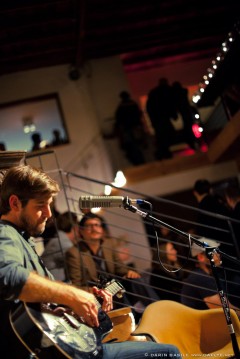 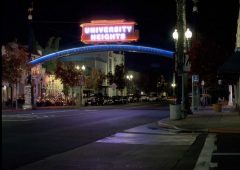 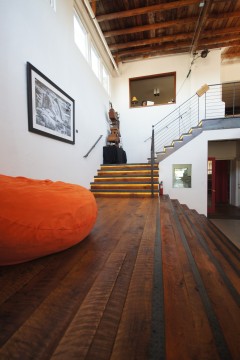 We’re lucky to have a number of regular jazz jams here in San Diego. If you’re a player wanting to get out there an play with some great musicians, or if you like to hear great music, the monthly jazz jam held the first Tuesday of the month at 3rd Space should be inked in on your musical calendar. The combination of talented instrumentalists in a space that was practically designed to give the perfect ambience for great music make this monthly jazz jam something not to be missed.

The vibe starts with University Heights. Once a sleepy community with little to recommend it for nightlife besides watching the number 11 bus pass by, this part of town has turned into one of San Diego’s culturally enhanced neighborhoods. This month’s first Tuesday, as I made my way to 3rd Space, I passed the Athenaeum School of the Arts, the Diversionary Theater, diners on the outside patio of the Parkhouse Eatery, and the folks spilling out from Twiggs for their weekly Go night. And that’s all in one block.

At Twiggs I hear a saxophone sketch out Theolonius Monk’s “Straight No Chaser” at the next block in front of 3rd Space. As I pass the young soloist to enter the building, the door opens with an almost speakeasy anonymity. There is no marking or large sign to indicate that this is one of the hippest places possible. The stairs are narrow and unremarkable, too.

But at the top of the stairs and passing the front desk, the place opens up to what 3rd Space is all about. And space is a good word to describe the interior, too. This place is Frank Lloyd Wright spacious and Irving Gill spacious, spacious in the way that Maxfield Parrish painted his girls on rocks. (Go ahead, google “Maxfield Parrish girls on rocks” and you’ll see what I mean.)

A broad stairway, illuminated and handsomely constructed of unfinished wood and steel reinforcement, descends to the performance area. At the first landing sits an art piece, a huge X constructed of industrial toss-aways. If it were more Victorian or punk it would be steampunk, but it’s more 20th century. You get what I mean. The second landing spreads out, large enough for a small couch to rest in one corner. The recent late summer heat has abated, but a huge fan hangs in the stairwell, freshening the room with some outside air.

The stairway opens up to a large room; the ceilings are high and unfinished. On the white walls hangs artwork, some big some small. A very large and comfy couch fits takes up a large portion of a corner, and a large table with chairs fills one end of the room. A few folks come and go. The feeling is less of a concert place than one more along the lines of a large social gathering.

By the baby grand Ben Wanicur, the San Diego-based bassist who runs this jazz jam, opens the night’s session with a trio. Their first number is Juan Tizol’s “Caravan”; Robert Dove bends his solo around and around. He finds a musical idea and digs into it, then takes it into another realm altogether before exploring another musical motif. Wanicur holds a very solid bottom end with his characteristic very full sound, as Matt Smith fills in a great deal of space on the drums.

This is a listening crowd. During the second number more folks, young and old, start to drift in. A lot of folks–as a matter of fact, most of the folks–seem to know each other. Ian Tordella and Irving Flores join in as the jam opens up. All sorts of musicians get their time up to be part of the band. There are some guitarists and plenty of guys with saxophones.

At other 3rd Space jams I’ve seen Rob Thorsen, Duncan Moore, Dusty Brough, and other of San Diego’s best jazz musicians. But if you’re a new or intermediate player, don’t be intimidated. All are welcome to play. And you can always rely on the jazz dictum to improve your playing: always play with musicians better than yourself.