This month we pose five questions to guitarist Deven Berryhill of the Tourmaliners and get strange stage stories from members of Fashion Jackson, Manzanita Blues Band, and the Surf Birdz as well as Ryan Hiller and Donna Larsen.

FIVE QUESTIONS FOR DEVEN BERRYHILL OF THE TOURMALINERS 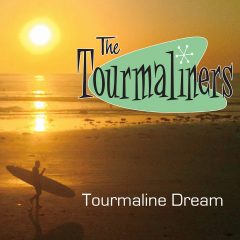 Featuring guitarist Deven Berryhill, The Tourmaliners head into 2020, in good shape! Their new album, Tourmaline Dream, won 2019 Album of the Year from the British music magazine Pipeline, also scoring a nomination in the category of Best Rock Album at the 2020 San Diego Music Awards. Meanwhile their version of “Greensleeves” was included on a holiday compilation, Power Chords, Harmonies and Mistleto, which was issued in Spain.  Son of Bob Berryhill, famed guitarist for legendary combo the Surfaris, as might be expected Deven Berryhill’s band performs a broad mix of instrumental surf music, but they also include a lot of fun rock ‘n’ roll classics with vocals in their sets.

How would you describe the Tourmaliners music?
Surf Music for the People! Our vision is to make the instrumental surf guitar palatable to a broader and more current audience. We aim to attract new music listeners that have an appreciation for solid guitar music, a good melody, and good songwriting with well-crafted arrangements.

How do you feel about carrying on the legacy of the Surfaris and other pioneering bands of the era?
I feel honored. My father always tried hard to include me and my brother Joel in different aspects of the Surfaris throughout the last 20 years. My brother and I even had our own three-piece punk/surf band in the late nineties. He would come and sit in with us when the opportunity arose. Because members of the Surfaris  couldn’t play anymore or had passed away, he replaced those members with us. We were blessed to receive such a tremendous surf music education. I got to share the stage with other surf music pioneers such as the Ventures and Dean Torrance of Jan and Dean as well as other rock ‘n’ roll greats like Frankie Avalon, Herman’s Hermits, the Kingsmen, the Diamonds, even ’80s new wavers, and the Motels.

Who are your influences?
Throughout my lifetime, I’ve always been fascinated by how many mainstream bands have taken cues from the original surf music era of the early 1960s. Artists like Chris Isaak, Brian Setzer of the Stray Cats, Coldplay, Stevie Ray Vaughan, and even U2 have moments in their music with loud reverb or echo drenched surf guitar lines and tones. I’ve always wondered what it would have sounded like if some of my surf guitar heroes like Dick Dale would have “sat in” with Led Zeppelin… or what if the Edge from U2 jammed with the Surfaris… or what if the Ventures collaborated on a record with Tom Petty and the Heartbreakers? What would that have sounded like? I think pretty darn cool!

Do you have a favorite guitar? What is it that makes it special?
My main axe to play on stage is my Fender 1960 re-issue Stratocaster in Seafoam Green. It is an exact replica of a 1960 Stratocaster that was meticulously handmade by a single expert luthier at the Fender Custom Shop. I’ve made a few of my own modifications on the guitar that help me represent a wide variety of surf tones.

Are you originally from San Diego? If not, where are you from and what brought you here?

I grew up in the sleepy Orange County town of Seal Beach. I originally came to San Diego back in 1988 to go to school at Point Loma Nazarene College, now University. I was so impressed by how beautiful San Diego is and how friendly the people are, I decided to stay. I’ve enjoyed the overall openness of San Diegans to new music. Some of my favorite shows here in San Diego were seeing U2 at Jack Murphy Stadium (Achtung Baby), the Ventures at the Belly Up (’96), and Los Straightjackets at the Casbah (’98). It’s been great seeing artists like Jason Mraz, Jewel, POD, Switchfoot, and many others get their start right here in America’s Finest City. I’ve always thought that San Diego music fans are the best in the world!

What’s the strangest thing that’s happened while you were onstage performing?

Eddy Allen / Fashion Jackson: Sterling once accidentally kicked a hole in the stage at a show in Phoenix and fell through. The fluidity of the motion and how, like immediately, the whole thing went down was really surreal and funny. We didn’t have time to react so we just kept playing. The first show we did in New York was pretty insane, too, because all of us managed to break something during the first song.  Strings, snare drum, basically anything at risk of kicking the bucket sent that bucket flying into a hopeless oblivion. Fun show though.

Lisa Domkat / Manzanita Blues Band : I think it was the night some young men started moshing in front of the band. One wouldn’t expect moshing in front of a blues band, but of course they were several shots of whiskey in when we got there. We were only a couple of songs into the first set when a handful of guys appeared in front of us. First they were dancing and seemed to be into the music, then they started bumping into each other here and there… next thing, before ya knowit, they were slamming into each other and our camera guy went flying along with one of our monitors and several beers before the bouncer (much to our relief) escorted them out. 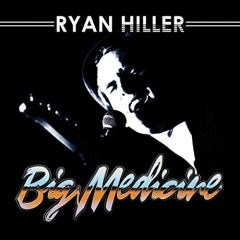 Ryan Hiller: Technology is a funny thing. I think it is evolving in some areas of life and devolving in others. Once a guy from the audience approached me mid-song while I was on stage in front of a pretty good-sized crowd. He hopped right on stage and proceeded to have a full-on conversation with me while I was in the middle of performing. I finally just stopped playing, and he truly couldn’t figure out what happened to the music. Anyway, he started getting nervous from the silence and told me that he wanted me to play a Taylor Swift song. Nothing against Swifty, but I had just been playing a pretty raw, blues/funk tune, so this was totally opposite of the vibe from what the room had been feeling. I told him I just didn’t know the song and he started getting even more frustrated. He quickly pulled out his phone, pulled up the song in iTunes, and put it to my ear for 10 seconds. He then said, “Okay, now play it.” Ha ha!! I really couldn’t believe that he truly thought I could somehow “Shazaam” the entire song into my brain, download the arrangement into my fingers, and play a song I’ve never heard before with 10 seconds of cheap iPhone speaker sound in a loud room. This has stuck with me and has actually happened in different capacities since. Unfortunately, it is a grim reality of how some people in the world perceive what artists actually do.

Billy Jolt / The Surf Birdz: Richard often tells us a story of when he and Gary played together in Ocean Beach back in the ’60s.  Gary’s cymbal fell off the drum set in the middle of a song, and the sharp edge of it cut Richard’s mic cable in two. I wonder how they managed to finish the song after that!  Billy says that the strangest thing that happened to him was in a previous band—it involved a dive bar, knives, and the cops!  They never played there again after that. 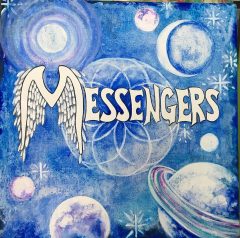 Donna Larsen / Messengers: The weirdest thing was being on the road in Alaska in the middle of winter. It was just dark, dark, dark. And COLD! I remember getting all dressed up for our shows and then having to put on layer after layer to stay warm. I—all of us, actually—would spend so much time poofing up our ’80s band hair, and then have to put hats and hoods on afterward, just to get to the club and redo everything.  I saw some wild things there, and animals too!

Deven Berryhill / The Tourmaliners: Back in my early days of performing, I remember playing a concert with my dad. There was a couple thousand people at this show. He and I were switching off playing bass and guitar on a few songs. As I was switching from bass to my guitar rig (that was on the other side of the stage) the band counted in and started playing the intro of the next song. All of a sudden, I noticed that my guitar had stopped working. No sound at all. I remember the band kept playing the intro over and over while my dad was yelling out from across the stage for me to try and change out the guitar cable. Of course, I was petrified. I was only 18 years old. All I remember is getting really nervous and a bit mad as I started banging on the top of my amp to somehow get it to work. I could feel the audience getting antsy behind me as the band kept playing the intro through a few times with just bass and drums. I don’t exactly know what happened, but instantly the guitar came back on with a loud crash and feedback noise. I had been strumming the open strings with no chords formed when the amp mysteriously came back on. Immediately, I formed all the composure I could muster up, figured out where we were in the chord progression, and tried to soar back into the intro with some gusto. The crowd jumped to their feet with loud applause and cheering at my feeble recovery. We tore through the rest of the song to a robust applause at the end. That was strange but exhilarating. We all know the saying… “the show must go on.”