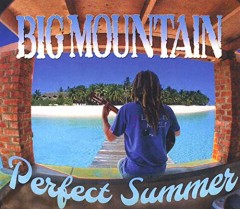 Three Questions for Quino (Big Mountain):
Nominated in the category of “Best World Music Album” at the 2015 San Diego Music Awards, for their album, Perfect Summer, reggae favorites Big Mountain continues to build on the promise of their 1991 debut. Still led by charismatic frontman Quino, the band is best known for their hit cover of Peter Frampton’s “Baby I Love Your Way,” (1994, #6 US, #2 UK, #4 Australia), the band has 14 albums to their credit, with a devoted fan base that sees them continue to be a major draw on the outdoor festival circuit. www.bigmountainband.com

How do you feel about “Baby I Love Your Way” after all these years? Do you ever get tired of singing the song?
“I have really made peace with the song ‘Baby I Love Your Way.’ I resented it a little, earlier in my career. As I’ve grown older I can appreciate the importance of our version of the song. I love to sing challenging pieces and that song is always hard to sing properly.”

What projects do you have coming up?
“We are really focusing on the live show and getting the income steady. The hardest part about having a band is keeping everybody motivated and steady work is the best way to do that. Right now I am not performing solo with the exception of some stuff close to home in Ensenada and Rosarito. I just landed my first little acting gig in a movie called Ruta Madre, to be released next summer. Big Mountain also contributed a song to the soundtrack. We are currently touring steadily and will continue to do so. We don’t have a label at the moment and touring is the best way to promote an album. We tour all over the world pretty much. Mostly Asia and South America and the US. I am enjoying performing live more than I ever have in my life!”

Whats your favorite thing about being a musician?
“My favorite thing to do is creating and performing. It really is what I am best at. At one time I was very frustrated with the music industry and let it color my attitude toward music. Then I taught high school and found out how hard jobs can be in this life. Now the act of being a musician seems like a piece of cake!” 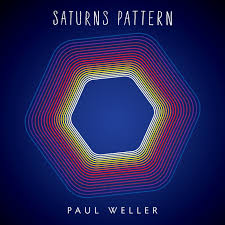 Paul Weller October 6 at the Observatory
The Jam never performed in San Diego. Neither did the Style Council. But lucky fans have seen “the Modfather” in the area twice: 11/19/92 at Montezuma Hall, SDSU and 02/06/02 at the Spreckels Theatre. Refreshingly, unlike many of his contemporaries, Weller isn’t one to rest on his laurels, continuing to release music that matters — and in his native England, still hits the top end of the charts. New disc, Saturns Pattern, his first in three years, hit #2 —it’s amazing when you consider that ten of his 12 albums to date have reached #1 or #2. The remaining two discs, Paul Weller (1992, #8) and As Is Was (2004, #4) didn’t do too bad either. The latest album finds him expanding his sonic palette, but most importantly his ability to write compelling music continues undiminished.

Appearing at the Observatory on October 6, the set list in recent weeks has been heavy on the new album, so don’t expect a nostalgic listen to a set of Jam or TSC tunes, though a few are usually sprinkled in. Check out his latest singles, “Saturns Pattern” (#2 UK Vinyl Chart) and “Going My Way” (#1) for confirmation Weller deserves every bit of his iconic status.
http://www.ticketweb.com/t3/sale/SaleEventDetail?dispatch=loadSelectionData&eventId=5953925&pl=sdobservatory

SDMA Trophies?
I asked a number of San Diego Music Award nominated musicians what they would do with the trophy if they happened to win one:

Lindsay Matheson / Flaggs: “The awards are not engraved with the band who won it or the category. First thing I’d do is get it engraved so I could look back on it a year later and remember why I won it.”

Normandie Wilson: “If I win, I’ll cover the trophy in glitter and rhinestones and use it to hold my feather boas.”

Carlos Mendez / The Bassics: “I’d probably just going to give it to my parents. In our story as The Bassics, the people who really deserve a trophy or recognition is all the people who have helped us and supported us and continue to do so unconditionally, wouldn’t be anywhere without them. But maybe I can take it on a date with me to impress a lady.”

Patric Petrie / Brogue Wave: “For one thing, I’d drag it to every gig I play for the next year and have friends and fans take their picture with it and post the pictures on Facebook for everyone to see. It’s because of them that I’ve been lucky enough to do what I love best – play the fiddle …. in high heels!”

Stellita Marie / Detroit Underground: “If we win, I will take the trophy and make a duplicate for every member in the band because we deserve to enjoy it privately in our homes!”

Lety Beers / Schizophonics : What would we do with an award? “Give it to Pat’s mom.”

Danny Green: “Put it high up on my bookshelf so that my kids don’t destroy it:-)”

Will Lerner / Shake Before Us : “Ha ha don’t know yet! We’ll probably all share it, pass it around and drink booze from it.”

Frank Green / Le Chateau : “Use it as a reminder that we still have a lot of work to do, but also realize that were moving in the right direction. Also, take it on a whirlwind tour like the NHL champs do with the Stanley Cup.”

Raelee Nikole : “If I win, I will most likely display my trophy in my bedroom where I can always see it when I write songs, so if I ever feel like the song I’m working on is terrible, I can look at the award and remember that nobody suspects a thing ;-)” 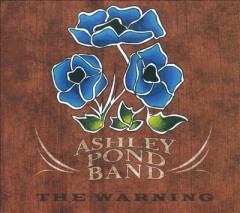 Ashley Pond Band — The Warning (self released)
File under singer-songwriter, indie, Americana. The first two songs are okay, solid efforts, but the tide seriously turns with track three, “Wolfman.” A seductive, vibes and wailing vocals backed blues tune, by the time the horn section kicks in, you are sold. That Pond has such a wonderfully clear, emotive voice is almost a bonus. The follow up track is just as good, but different — Pond has range. Using a repetitive acoustic guitar part, she builds tension with her voice till drums kick in at 2:12, the bit at 1:23-1:38 also being a nice showcase for her vocals. For me, the single here is the track, “The Current Race” which has a great hook. The instrumental section between 1:38-1:58 is a gem with a call and response between guitar and bass leading into a blast of instrumentation and it’s all topped by a deft left turn in melody at 3:11. Pond really knows how to write a song and has a voice that can wring every ounce of emotion out of a lyric. Well worth hearing. 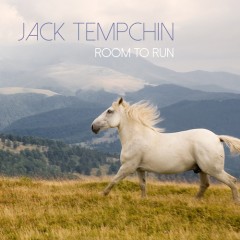 Jack Tempchin — Room to Run (Blue Elan Records 1004)
Four new tracks from Jack Tempchin, with a sound that mixes Americana, folk, and rock elements, a taster for a new album yet to come, Learning to Dance. There’s a reason why Tempchin is considered the songwriter’s songwriter. His way with a melody and lyric are a wonder. Already a legend for the numerous hit songs he’s penned for others, his new material is just as strong — if he himself doesn’t have a hit with one or three of the new batch, someone else most certainly will. From this disc the strongest of the tunes is “Room to Run,” a wonderful tune with a great soaring chorus and a touching father/son sentiment that could draw a tear or two. Fiddle led “The High Cost of Hate (Lets Make Some Lawyers Rich)” is an amusing tale, pretty much spelled out in the title. I can hear this one getting covered by a lot of bar bands, between the lyrics and the beat, it’s a natural. The disc closes out strong with the sound of the ocean and “Summertime Bum,” a deceptively simple acoustic strummer that really showcases Tempchin’s songwriting magic — check out the beautiful bridge that runs from 2:03-2:23. It’s a perfect bit of pop that elevates an already good, hook filled tune. Tempchin is a truly gifted tunesmith – this disc only adds to the legend. 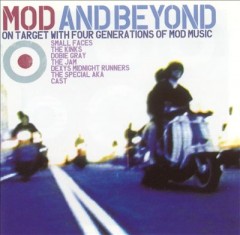 Various Artists: Mod and Beyond (Crimson / Demon 345)
A British twenty track CD attempting to cover as many facets of the Mod sound as possible. As such it’s eclectic as heck, opening strong with Bob & Earl’s soul classic, “Harlem Shuffle” (1963) and closing with Gene’s Britpop favorite, “Haunted By You” (1995). In between you get a great mix of tracks, including Roland Alphonso and the Skatalites ska (obviously) take on Mancini’s “A Shot In The Dark,” Manfred Mann with Ready Steady Go theme, “5-4-3-2-1” and Georgie Fame with organ led hit, “Yeh-Yeh.” The Revival era is represented by the Chords “Maybe Tomorrow,” The Jam’s “When You’re Young,” and Secret Affair’s “Time For Action” with extra points for inclusion of Scarlet Party’s incredible “101 Damnations.” That last track is one of my favorite songs of all time, great jangly guitars, harmony vocals and tune — a pop masterpiece. With additional tracks by The Kinks, Cast, The Selecter, Elvis Costello, The Ethiopians, The Creation, The Small Faces and more, this is indeed a pretty cool comp, welcome in any discerning music listener’s collection . http://www.amazon.co.uk/Mod-And-Beyond-Various-Artists/dp/B00006BCHW