This month we speak with singer/guitarist Michael Sackler-Berner of East Coast rockers, the Slim Kings, and review a couple of cool new releases. 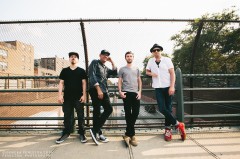 To West Coast music fans, the Slim Kings name is still a new proposition, but on the East Coast, this rock, blues and more quartet is already a major draw. One listen and it’s easy to see why. Comprised of singer/guitarist Michael Sackler-Berner, lead guitarist Henry Geller, legendary drummer Liberty DeVitto and bassist Andy Attanasio, this is a band where all the parts are integral, where songs are crafted and live performance is the explosive culmination of their work.

While the band is a fairly recent proposition, you‘ve definitely heard their individual music. Attanasio is also a session bassist who has worked with numerous New York based Hip Hop producers and singers. Geller has worked with numerous artist’s including blues and gospel singer, Sista Monica. Meanwhile, Sackler-Berner’s solo music can be heard on such shows as Sons of Anarchy and Law and Order. Closing out the quartet, DeVitto, as drummer in the Billy Joel Band for thirty years, has played on some of the biggest hits of all time, as well as recorded with the likes of Paul McCartney and Carly Simon.

Though the Slim Kings have only been together for three years, their roots go back much further than that. Sackler-Berner explained, “Henry and I were classmates, when we were really young. We stayed in the same social circles until we were roughly 16 or 17 years old but lost touch when Henry moved to California, and I went to Montreal.”

Fast forward to 2011 and the computer age put Sackler-Berner and his good friend, Geller, back in contact with one another, with music being the key factor to their reconnection. ‘The internet has created this remarkable place to reconnect and share music efficiently. Without the love of music and mutual respect for one another’s work, we (both) doubt we would have rekindled our friendship. We’re far closer now than we’ve ever been,” said Sackler-Berner.

Meanwhile, DeVitto came to the band via a cold call. “I reached out to Liberty on the internet to ask him to play on a session I had in Manhattan for my solo material,” Sackler-Berner. “It was a long shot, but Liberty was the very first drummer l ever saw perform — at Nassau Coliseum, in approximately 1994. I imagined him on a particular song. Liberty showed up, it sounded great to both of us so we began collaborating immediately, and regularly.”

The whole band is now East Coast based, but initial writing sessions were bi-coastal. “The formula was initially pretty simple and shockingly effective,” Geller said. “I had riffs I would send to the East Coast. Michael would add lyrics and melody and then Liberty would edit and arrange the music. Then I would come east for a couple weeks and we would track. The process is different now that we live in the same place. Less division of labor and more collaboration musically.” Geller also added, “Andy has joined the band as the full time bassist, and his influence cannot be overstated. He has fantastic musical capabilities and a great sense of humor lyrically.”

The band’s sound is Rock n’ Roll, but there are a lot of ingredients that go into their tunes. “There is hearty helping of blues based guitar, and hopefully a little touch of pop-tunesmithing. Liberty’s drumming, is, well, Liberty’s drumming – one of a kind,” he said. “(Journalist) Sandra Castillo wrote something we’d like to think is true, “The kind of raw aggression and soulful, bluesy angst one might hear behind closed doors of a Tom Petty-meets-Jeff Beck by-way-of-a-Kings of Leon recording session.”

The Slim Kings are picking up airplay nationwide, but listeners may have already come across their music via television or film. Recent single “Dirty Minds,” will soon be heard on Netflix show, Bloodlines, and was recently featured in Amazon’s Cocked, “(which was) really cool because it is the end credit sequence. Whenever the music is featured loudly in the mix, it’s great,” Sackler-Berner said. The band’s first song placement still stands out, though not necessarily for musical reasons. “Liberty’s daughter was an actress in the episode of Army Wives (Season 7, Episode 7) that featured the band’s song, “Wandering Eye,” so that was a family affair – very cool.”

Future plans include touring the Northeast this summer, as well as releasing four tunes off of Dirty Socks this spring as monthly singles.

The members of the Slim Kings are all music scene veterans at a time when the music business is tougher than ever. What drives them? “This is not really a choice,” Sackler-Berner said. “It feels like something you need to do – because you love doing it so much.”

For her fifth album, singer-songwriter Rachel Garlin turns in a dozen introspective, acoustic guitar fronted tunes. Confessional lyrics really give the impression Garlin is speaking directly to the listener, with a voice that at times bring to mind early Suzanne Vega. There are notable names amongst the backing performers here, including pianist Rusty Miller (Jackpot, etc) and Prairie Prince (The Tubes, etc), though the recording is pretty straight forward; jangled acoustic guitar, a smattering of drums and bass, as well as some basic oohs and aahs at appropriate moments. Repeated listens bring out further nuances in the songs, such as shuffling beat of “Accordion Song,” or the opening track, “Gwendolyn Said,” where nice pop hooks meld with reflective word play. Favorite at the moment is “Stranded,” with a bittersweet piano melody line matching the chorus vocal and dreamy coda. If James Taylor ever needs an opener, Garlin would be a perfect fit. 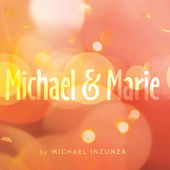 The latest from singer-songwriter Michael Inzunza, is an impressive effort. The tag singer song-writer seemingly implies acoustic guitar and folky material, but this album, for the most part, rocks. While a collective work, the diverse range of musical settings and shared vocals with Marie Sanchez, give the album the feel of an above average various artists disc. It loses nothing in the translation, this is an excellent collection of songs. Fans of Jason Mraz and Steve Poltz will love tunes such as ”Love is Happening,” with a simple message and infectious tune that’s instantly memorable. Meanwhile, as a fanatic of the genre , I have to cite “Stargazer Lily” as one of the best power pop tunes I’ve heard in awhile. Red Kross and Cheap Trick come to mind. Great title too. Then again, “Bellflower” with its epic guitar sound, wouldn’t have been out of place on 91X circa 1986. Favorite song here though is probably “Why Can’t I” which sounds like a great lost Smiths song, crossed with some obscure new wave girl group gem. Ace. I’m not sold on some of the lyrics, which include a topical mention of penguins*, but that’s a minor quibble. This is a solid pop album in every sense of the word, each song crafted to yield maximum sing-a-long hooks. Well done.

Produced by Michael Inzunza & Jeff Forrest. Recorded, engineered, mixed and mastered by Jeff Forrest at Doubletime Studios in El Cajon California. http://www.cdbaby.com/Artist/MichaelInzunza
*For the record, I have nothing personal against penguins. 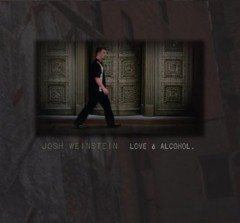 Absolutely brilliant from start to finish. Where to begin? Its blues, it’s jazz, there’s old world pop, and hints of Tom Waits, there are strings, sound effects, background noise — foley! Opening with the strings of the fourteen second and wonderfully titled “Hangoverture,” the album quickly segues into the bar room blues with Hammond interludes of “Every New York,” and it’s immortal line, “I’ve got a heart like closing time.” There are bits of music and banter as short as 10 seconds, all adding to the greater whole, indeed, this is an album in a classic sense. Yes, the songs work on their own, but taken as a whole, the collection is just about perfect. Fans of Randy Newman, Tom Waits, Dr. John and so on will love every second of this disc. My favorite moments include the various keyboard lines that run through the melancholy, “Flames,” but the junkyard, ramshackle, New Orleans inspired stomp of “Tennessee” is hard to beat. Those of a delicate disposition should be forewarned that adult language is used, but this album is a wonderful listen. The clear single is the song “Trying to Find the Crime” — love the title and it’s a flat out masterpiece, doubled by the fact that it’s only 1:17. It’s actually topped by a follow up instrumental version , three seconds longer than the original, which kicks off with a harmonica break that would make Stevie Wonder proud and a string arrangement that’s the definition of soaring and stirring. It brings to mind the best of seventies soul music, the brevity of its 45 seconds leaving you wanting more. Love and Alcohol is well worth adding to your collection, it’s essential listening.

What’s Going on Around Town