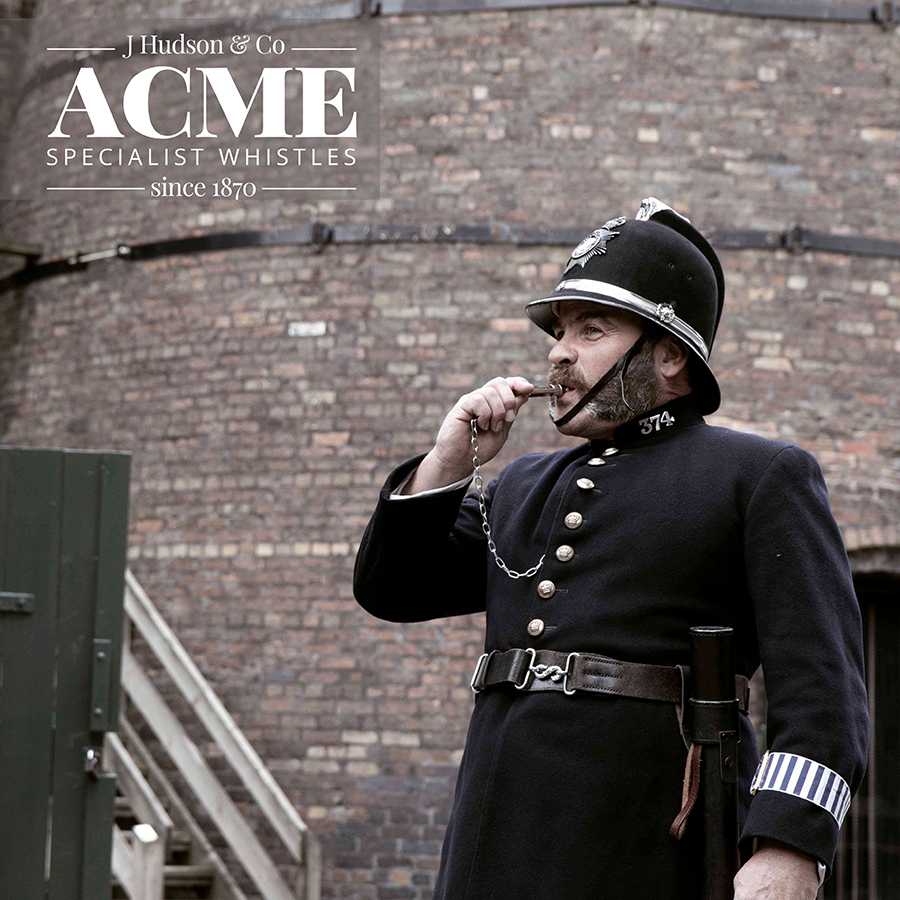 Ad for the ACME Whistle Company.

The Acme Whistle Company of Birmingham, England is a pitch-perfect maker of the most reliable whistles in the world. For over 150 years, this artisan shop has delivered the best to those who discern.

I use Acme whistles in my radio drama re-enactment shows—after all, when one needs a vintage Bobbie whistle, getting it from the original maker is a must! A certified boatswain pipe from that English whistle shop is the perfect tool to employ in both theatrical and true maritime settings. Their reliable, famous whistles and boatswain pipes provided some help even on the actual Titanic.

The only drawback in receiving packages from the ACME shop is the alarm that the label ACME can instill. Wile E. Coyote (of the Road Runner cartoon) had a string of bad luck with shipments from ACME, and everyone does a double take when seeing that word emblazoned on anything. The Warner Brothers cartoon ACME factory is unrelated to the London whistle shop, but the animated infamy has helped the London business achieve extra fame, most likely. I recognize many of the sound effects in the cartoon as potentially coming from tools available from our favorite whistle shop! 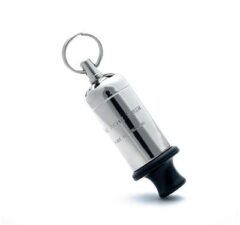 I received a lot of inquiries about my Acme Siren Whistle the other month. I used it as a novelty instrument at my 22nd Annual Toy Piano Festival, representing the distinctive 1920’s portamento alarm warning in a new piece titled “Speakeasy Raid Blues!”

Sightings of Acme Whistles at the Westminster Dog Show (whether “silent” or not) are not uncommon. At international sporting events, the Acme Thunderer is a whistle of choice. Historical uses of Acme whistles in railway, factory, and military settings are more than just memories, as modern times still see a need for signaling with whistles.

Surprises from the Acme Whistle Company Catalog
The Peace Whistle, Hallmarked Sterling Silver Limited Edition: Only 100 of these special whistles were produced. They were hallmarked at the Birmingham Assay Office and made in the original workshops, on the original benches, where the Trench whistles were made throughout World War I and later in World War II, using the original sound and specifications of the official infantry whistle, dating back to 1884.

According to the catalog, each whistle is uniquely numbered and bears a white enameled, sterling silver sculptured poppy to commemorate not only those who served in the armed forces but those who also served on the Police Force, the Fire Brigade, the Ambulance Service, and in so many other realms of civilian life. This commemorative is issued in remembrance of all victims of war and to celebrate their quest for a lasting peace through their bravery and sacrifice. By the way, a far more affordable version of this sterling silver commemorative whistle is available in copper and an even more affordable version in nickel. 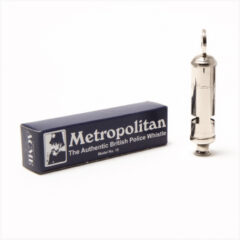 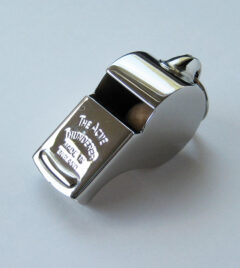 Classics such as the ACME Thunderer and the Metropolitan Police Whistle have been part of the shop’s core range of catalog offerings for decades and have earned a special place in the history of the company. The Metropolitan Police whistle revolutionized the police force at the end of the 19th Century. Police officers originally signaled each other using large, clumsy rattles that could only be heard over short distances, making it difficult to summon support from other officers when it was needed. Joseph Hudson (ACME’s founder) developed the first Metropolitan Police whistle, which was put into use in 1883; this allowed officers to communicate effectively over long distances at a time before mobile telephones and walkie-talkies.

Airfast whistles, including the ACME Tornado (as used by FIFA referees) are an important addition to the classic range of catalog offerings as they are a versatile alternative to pea whistles like the ACME Thunderer. This makes them ideal for use in cold weather as when the temperature dips below freezing, the pea (also called a fipple) can become temporarily stuck. They also have the benefit of plastic construction, which you may find more comfortable to operate in the cold. One thing to bear in mind is that they may need a slightly stronger blow than traditional pea whistles to reach maximum volume.

[A note to the fictitious Titanic survivor Rose, as portrayed by Kate Winslett, perhaps the whistle Jack gave you should not have had a fipple in it?]

The rarest ACME item is not a whistle at all, it’s a clicker, originally produced in complete secrecy as a vital piece of survival equipment for the heroic paratroopers involved in the famous D-Day Landings during World War II.

During the war, the order to produce 7,000 clickers would have been Top Secret, so we wouldn’t have been allowed to keep a clicker even if we had wanted to. Therefore, to commemorate the 75th anniversary of D-Day, we put out a search around the world from Europe to America to try and find an original clicker to ensure this part of D-Day history could be kept. Little did we know that we’d find one so close to the factory in Birmingham!” (Simon Topman, managing director of ACME Whistles)

The campaign to find one of the original clickers is revealed here in this BBC story:

The news story and campaign were successful. The clicker was found by relatives amongst the collection of military items kept by Captain Geoffrey Kemp Bond (1906-1997)

And yes, I’ve ordered a replica of the clicker from the ACME catalog to add to my collection of sound effects tools!