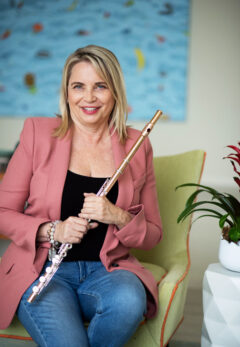 The crowd is restive, more so than usual it seems for a concert at the Conrad Prebys Performing Arts Center in La Jolla. It is, however, the usual attire for San Diego. Women are dressed up, with the men not as dressed up. I take in the post-Frank Lloyd Wrightesque architecture, the wood grained panels complementing the topaz blue walls and seats.
Six musicians enter the stage in this pre-Covid-19 concert, one with a bandoneon, an instrument like a squeezebox and like an accordion with a sound that is a bit bolder and rawer than either. Then come the first strains of a tango, the timbres of the bandoneon contrasting with the flute and strings. The tempo, that infectious tango tempo, drives on. Tango dancers dance, and during the evening we’re even treated to vocals.
Another night of tangos, and another great performance from Camarada, one of San Diego’s premier chamber orchestras. In its 25-year-plus history, Camarada has consistently delighted San Diego audiences, whether amid the homey surroundings of La Jolla’s Athenaeum, the austere Neurosciences Institute, the post industrial surroundings of Bread and Salt, or at a casual house concert.
The ensemble is the realization of flutist Beth Ross-Buckley, who co-founded the ensemble 26 years ago and serves as Camarada’s co-artistic director. She has a special love of chamber music. “Performing chamber music, there are just five of you up there. There is no conductor. You and the other musicians, you’re in the driver’s seat. It’s all yours,” she says. “There’s a deep connection with the other musicians; you’re constantly listening and adjusting to what the other performers are doing.” 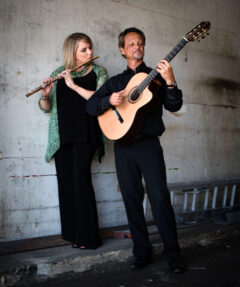 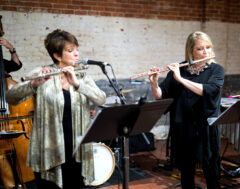 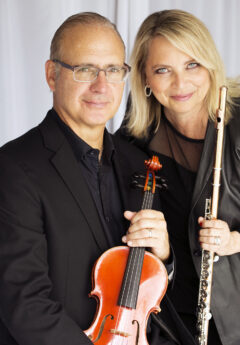 After university, the couple moved to San Francisco, where David continued his training as a physician. (Dr. David Buckley has been a part of Camarada throughout its 26-year history. The president of Radiology Medical Group, who has served as chief of radiology at Scripps Mercy Hospital Buckley is also co-concertmaster of the La Jolla Symphony.
They moved to San Diego, only to find a dearth of chamber music. That is when Ross-Buckley started Camarada with singer Ann Chase and pianist Mary Barranger. She says, “I found that there were a lot of San Diego musicians who were seeking to have great performance experiences. They wanted something intimate, something to feed the soul play great music.”
When Ross-Buckley co-founded Camarada, San Diego was thirsting for good music. The much loved—and considered one on the top classical stations in the United States—KFSD was bought up by an insurance company that changed the programing from Prokofiev and Grieg to something their marketing department thought up. No more Kingsley McLaren politely introducing Dvorac. No more Karl Haas and Adventures in Good Music. As well, the San Diego Symphony was bankrupt and stopped performing in 1996. Things were dire. I remember being in a Barnes and Noble bookstore and members of the San Diego Symphony performing Shubert’s Octet for tips.
“It was critical for a vital arts scene in San Diego, for all arts organizations, that the San Diego Symphony get back on its feet,” Ross-Buckley says. “It really is ‘the more, the merrier!’ Without the San Diego Symphony classical music was in a big downward swing,” says Ross-Buckley. “Many of my best friends moved away for other symphony jobs: Sheryl Renk, Dennis and Peggy Michel, etc. I am so grateful for everyone who brought the Symphony back to life.” 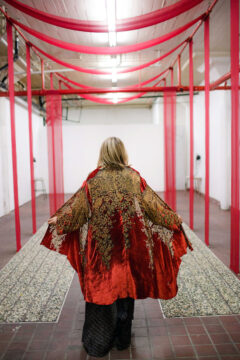 Post Covid Ross-Buckley plans to keep expanding collaborations and creative links. The ensemble is beginning a new collaboration with UCSD Downtown and Rafael Fernandez of the UCSD Global Policy and Strategy School. Called “Music of the Americas,” the joint series will feature music, lectures, and film, and possibly food and wine tasting. All this is set to occur in the new venue called the “U,” which is opening in September. They are also looking forward to a Day of the Dead concert, which will feature Camarada’s take on Miguel del Aguila’s “Conga Line in Hell,” a composition that is as fun and mischievous as it sounds.
Also, Camarada will be continuing their Artist in Residency with the Mingei International Museum in Balboa Park. Camarada plans to perform a couple of summer concerts and then continue the Mingle Series. Ross-Buckley says, “We are so thrilled to be back in a new amazing Mingei. It will be stunning! And we’re so excited to see our audiences again! Being away for so long, and getting back together, it just magnifies the feeling.”

The Fremonts Find Their Niche: One-Chord Swamp Grooves for the Masses