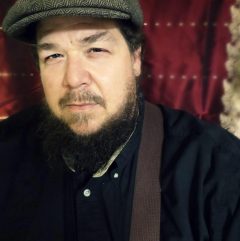 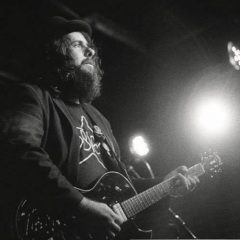 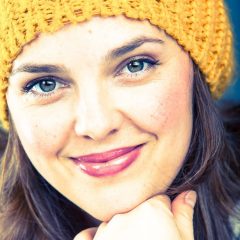 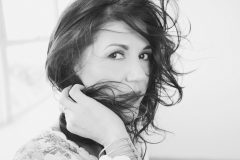 It has been a long accepted assumption (although it is actually ‘fact’) that musicians and those who support them often eat on the run. Locally, one of the best examples of the human engine running may be found at Hugo’s, a popular Mexican eatery along busy Sunset Cliffs Blvd. in Ocean Beach. For the last year, tacos, burritos, and enchiladas have been delivered by foot or car to the Bethany Lutheran Church, home to two popular and diverse music programs.

Trinity Concerts provides a showcase for the the giants of Celtic music from Ireland, Scotland, Canada, and the United States. For casual local fans whose knowledge of the genre only encompasses a Dropkick Murphys’ listening party every March 17, the exposure to the “Real McCoy” at a Trinity Concerts show often paints a musical mural broad in scope. Songwriters Acoustic Nights, the other concert series which shares Bethany Lutheran, draws upon contemporary musical talent from Southern California. Although both series may seem different on paper, it is not surprising to find local fans supporting both programs.

A mutual friend brought Trinity Concerts organizer Father Larry Bausch and Songwriters Acoustic Nights promoter Mitch Feingold together in December 2014 for a Boxing Day lunch when Hugo’s was still operating under its predecessor, Ranchos. Bausch was already a fixture at Bethany Lutheran, having produced Celtic concerts there in addition to leading his own church (Holy Trinity Anglican) for early Sunday mass through an agreement with the Lutherans.

“Originally, my shows were at Swedenborg Hall in University Heights,” said Feingold. “In 2014, I had expressed the need to have a back up venue in case my current venue was not available. I was told about Holy Trinity Anglican Church in OB and how they have been hosting a Celtic music series for many years. Father Larry had attended several of my shows and really enjoyed them. I thought Father Larry’s venue might be a good fit.

“One year later, in November of 2015, I was informed that the Swedenborgian Church was closing in February of 2016 and that Swedenborg Hall would no longer be available after January 2016. The idea of moving my series to OB came up again.”

After Feingold attended the Celtic Christmas Concert on December 18, 2015, another lunch meeting over Mexican food brought Feingold to the goal of finding a new home. At that time, plans were finalized to have Mitch Feingold Presents move Songwriters Acoustic Nights to Holy Trinity Anglican Church in OB. Feingold was grateful to Swedenborg Hall for the years he held shows there; the very first Songwriters Acoustic Nights was Nov.16, 2008, and the last show at Swedenborg Hall was on January 17, 2016.

“The first show in OB was on March 20, 2016, “ said Feingold, “and my initial concerns were the sound quality of the room and PA placement. I brought in my own PA system. With the help of Andrew Nast running sound, the sound quality proved to be outstanding — even better than at Swedenborg Hall! The move proved to be very successful.”

Music fans will have the opportunity on Sunday night, August 20 to hear the quality of the acoustics when Songwriters Acoustic Nights has a stellar lineup featuring Jeffrey Alan Berkley, Fernando Perdomo, Melissa Thatcher, and Pi Jacobs. Berkley is one half of the critically acclaimed duo of Berkley Hart (Colman Hart), a successful proprietor of a recording studio and an in-demand musician who has performed with the late Pete Seeger, Jackson Browne, David Crosby, Arlo Guthrie and local talent represented by the likes of Steve Poltz, A.J. Croce, Gregory Page, Cindy Lee Berryhill and Lisa Sanders. One of the most anticipated gatherings of the local music community is the annual “Oh Berkley, Where Art Thou Hart?” showcase of Americana. Perdomo is one of the musicians of the moment on the L.A. scene. Like Berkley, he operates his own recording studio. Fernando’s strength is his musical flexibility, with a catalog which shows him as comfortable with prog rock as he with more conventional singer-songwriter compositions.

Sitting comfortably behind a keyboard, Melissa Thatcher composes songs with an emotional intensity of Laura Nyro and the Joni Mitchell albums (in particular “Blue”) of the early ‘70s. The well-traveled (raised in San Francisco, lived in New York, now resides in Los Angeles) Pi Jacobs will bring to the Songwriters Acoustic Nights a sound she describes on her website as an “Americana bluesy rock thing.” 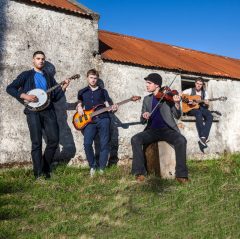 Meanwhile on the Celtic music side of the isle, Trinity Concerts will be having the San Diego debut of Ruaile Buaile on Friday, Aug. 25. A high energy quartet from County Offaly in Ireland, the band has followed the pattern of many young Irish bands, deftly combining traditional celtic music with contemporary pop and folk. Ruaile Buaile’s 2015 debut album, Commotion, was recorded under the supervision of bassist Trevor Hutchinson of the Waterboys, a fondly remembered band that was often mentioned in the same conversation as U2 and Big Country back in the ‘80s. With the band’s followup album, This Very Moment, Ruaile Buaile find themselves in North America this summer where the album and their supporting live shows are picking up new followers to their cause.

Before you can say St. Nick, the Christmas season will be here, and Trinity Concerts will have the return of Eric Rigler, the musician responsible for much of the music for the Outlander television series. He is also one of the most heard pipers in the world, having entertained movie audiences for his work on the Titanic film. The show will be on Friday night, Dec. 15, so expect a Yuletide tune on Eric’s set list.

The Art of Flamenco Guitar in Concert

Shane Hall: Outside the Wire