February 2023
Vol. 22, No. 5
The Texas-California Connection: Music Fest Brings Austin to SoCal by J.T. MoringAugust 2019
Jeff Beck: A Tribute by Ted BurkeAugust 2019
Marcus Petronius Bashore: The Best Seat in the House by T.E. MattoxAugust 2019
Pacific Wave: A Surfin’ Safari August 2019
The Winter Dance Party 1959: The Night the Music Lived by Terry RolandAugust 2019
Back with a Bang! Java Joe's Reunion at San Diego Folk Heritage by J.T. MoringAugust 2019
Book Review: The Philosophy of Modern Song by Bob Dylan by Ted BurkeAugust 2019
Rick Nash: Bass Man in Demand by Wayne RikerAugust 2019
Mod Revivalists the Trebels to Reunite for 40th Anniversary Show by Jim TrageserAugust 2019
If Music Be the Food of Love, Play On: Dually Noted Pairs Fine Food and Fine Music by Paul HomiczAugust 2019
Advertisements 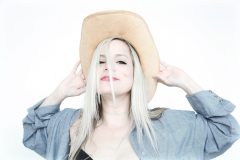 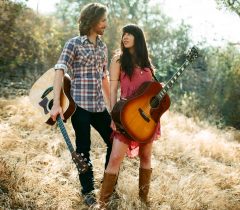 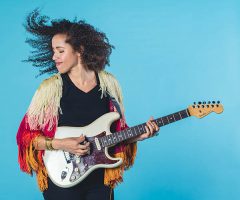 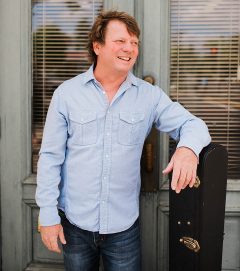 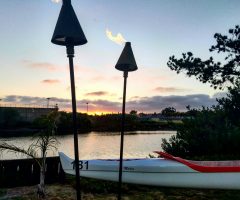 Pop quiz: what city is known for its scenic waterfront, its world-class Mexican-American food, and its dynamic music scene?
A. San Diego
B. Austin
C. All of the above

Christopher Dale has chosen answer C (of course ) and leveraged it into a one-day musical-cultural mash-up on August 10. The TexaCali Music Festival will feature four hand-picked bands and a selection Texas/California food and adult beverages in the casual environs of the Mission Bay Boat & Ski Club. Think a more modest Gator By the Bay, with fewer accordions.

Austin is a refuge for people who love Willie Nelson but are unwilling to deal with the cultural desert spanning most of Texas. San Diego is a refuge for people that love the beach but are unwilling to deal with cultural overload of Los Angeles. The Texacali Fest is designed to be a bridge between the two cities. It will give local folks a chance to experience some of Austin’s finest music and food without that long roadtrip across the Southwest. It will give some of Austin’s rising stars a chance to briefly beat the heat and make a foothold on the West Coast.

The All-Star Lineup
The mainstay of the festival is the music. Christopher Dale has selected some of his favorite artists, representing a range of musical styles, from the rich stew in the Austin musical crockpot.

Austin bills itself as the “Live Music Capital of the World.” Barbara Nesbitt, a graduate of the San Diego scene and one of the featured Austin artists in this show tells us, “There are hundreds of live concerts every day (all day) in bars, house concerts, pubs, concert halls, grocery stores, gas stations, coffee shops, the airport, and more! I really enjoyed the San Diego music scene, too. Austin simply has so many more live shows.”

Barbara’s co-headliner and Austin native Jackie Venson describes it like this. “It’s an entire eco-system. It’s such a huge part of Austin culture and there are so many bands and so many performance opportunities, events, and festivals happening all the time that one doesn’t even realize they’ve gotten lost in it. It’s easy to get absorbed into the Austin scene and forget that there’s also a whole world outside of Austin.”

Barbara Nesbitt
Music fans will remember Barbara and the musical splash she made while living in San Diego and recording her first albums with Jeff Berkley (A Million Stories in 2007, The Bees in 2011, and Almost Home in 2013). She’s now made her mark in Austin, both solo and ensemble, and is working on her fifth album, Someday, Maybe Sooner. She will reunite on stage with Berkley at the Texacali Fest.

Her blonde hair, dimples, and “sweetheart voice” might trick you into underestimating Barbara. That would be a mistake. She’s got enough sass and Texas kick to hold her own in any lineup. Writing from her summer 2019 European tour, Barbara says, “I think I am evolving all the time. Having had a raucous country/rock band called the Whiskey Sisters in Austin definitely influenced my writing to be a bit more fitting for that kind of band, but now that I am back to playing solo I am writing with a mix of that and my San Diego style, which was very singer-songwritery.”
You can catch up on Barbara’s history in the Troubadour online archive. (sandiegotroubadour.com/wp-content/pdf/2009_3_Mar.pdf)

Dawn & Hawkes
Miranda Dawn and Chris Hawkes are musical (and as of 2015, marital) partners with lovely vocal interplay and an impressive pedigree. They’ve performed on The Voice and Austin City Limits, played with Hayes Carll and Robert Earl Keen, and charted in Billboard magazine.

Their self-produced second album, The Other Side, was released in July 2018. The Austin American-Statesman calls it “10 new tracks of sweet folk-rock—instantly appealing tunes—rooted in the singer-songwriter heyday of the early 1970s, they also fit well into the modern-day indie-folk revival.”
Christopher Dale says, “When performing, you can really see and feel the connection that Dawn & Hawkes have with each other, and how it transcends to the audience. I like how their lyrics, harmonies and musicianship blend together to form a classic folk duo sound, that I find raw, familiar and reflective.

To quote their tune “Life Is a Good Song,”…it’s never finished or rehearsed. Sometimes you’ve got everyone singing along. Other times you’re the only voice wondering if you got the words wrong.”

Jackie Venson
Six years ago Christopher Dale listened to Jackie practice for hours, then “explode” at her Java Joe’s San Diego debut. Since then, they’ve become great friends and allies, trading gigs in Texas and California and just generally supporting each other. You might say that was the prototype for the Texacali concept.

Jackie has logged lot of play time since that Java Joe’s show, and this year she achieved the honor of Austin Music Awards Guitarist of the Year. Her dynamite stage presence has only increased over the years, and her show-stealing performances are full of energy, guitar flash, and joy—which happens to be the title of her newest album.

Jackie was born and raised in Austin and graduated from Berklee College of Music. She’s squeezing the Texacali performance into a tour that includes seven European countries, a swing from Alabama to Minnesota, and then a jaunt up to Alaska.

Chris had sat in with Ristband (Dave and Billy) and collaborated with Simeon over the years. “I approached them feeling that we would have a strong chemistry and great connection to the audience, based on the different talents and strengths each one of us possesses. Having followed up with a weekly Monday night residency last summer at Fast Times, we learned we could be intuitive and spontaneous at any moment. Thus the name the Rabbit Hole.”

Who is Christopher Dale and why is he so festive?
You probably know the answer, in which case you may skip this section. Otherwise, here’s the short version. You can brush up on his back story via the profile in the November 2013 Troubadour (sandiegotroubadour.com/ 2013/11/the-charm-and-persistence-of-christopher-dale/) and find a review of his fourth, and most recent, solo album Wood & Strings in the April 2019 issue.

Chris is the rare local songwriter-performer that is his calling full time. That takes a combination of skill, hard work, charisma, and ability to identify—and capitalize on—opportunities. He tours solo every spring, staying with fans and friends along the way, absorbing culture and community and spreading musical cheer. Otherwise, he performs regularly around town, at breweries, vineyards, hotels, what have you, in a variety of lineups, combining covers and originals. Audiences adore him and vice versa. “We’re just lucky to do what we love!” could be one of Chris’ mottos.
The Texacali Music Festival is not Chris’ first rodeo. “When I eat something or see a movie I like, I want to share it. It’s the same with music,” he says. For the past four years, he’s organized a two-day Beachin’ Acousticness event in San Felipe, featuring his own music and that of other San Diego talent, such as Reverend Stickman and Gaby Aparicio.

The Boat Club Venue and beer, beer, beer!
Picture a young boy bicycling the back streets from Bay Park to the Pacific Beach pier. Past De Anza Cove on the left and the golf course on his right, just before crossing the Rose Creek bridge, he notices a lot full of boats with a small one-story building almost hidden by some scrubby palms. Not much interest to a beach-bound boy, but years later Christopher Dale recognized the San Diego Mission Bay Boat and Ski Club when he started attending Catheryn Beeks’ Listen Local music events there.

The place has not changed much over the years. It’s a low-key, comfortable place for members and guests to hang, maybe toss some horseshoes, listen to some music, and drink something cold. Chris found it so comfortable that he joined the club, despite not being a boat owner. A couple years ago, he wrote their unofficial theme song.

I don’t own a boat, but I belong to a Boat Club
Some of my friends have boats,
and I’ve got gas money
And beer, beer, beer, ….

The Boat and Ski Club has easy access, good parking, a full bar, and lots of grassy lawn. In addition to the Texacali Festival, member activities and facility rentals, the Boat and Ski Club hosts a couple of major annual events. One is a pontoon boat parade and the second a Blind Ski program, which provides sight-impaired children and adults access to water sport activities.

Into the Future
Lawn chairs on a sunny day, down by the bay, surrounded by friends and sweet music—sounds like a good way to spend a San Diego Sunday, and it sounds like something worth doing more than once.

As this article goes to the editor, the County Fair has wrapped up; ComicCon, Over the Line, and the Del Mar races are in full swing, and Summergrass and Artwalk advertisements are in the news feed. It’s pretty clear San Diego is strong on yearly festive gatherings, and it’s exciting to watch a new one being built from scratch. Turning the Texacali Music Festival into an ongoing tradition will take a ton of love and determination—and that’s exactly what Christopher Dale and his stalwart team are applying to this effort. Viva Texacali!

33⅓—House of Dreams The Story of Stan Ross, His Recording Studio, and Lots of Hit Records

Spend a Dog Day Afternoon at a Free Concert Showcase