July 2022
Vol. 21, No. 10
The San Diego International Fringe Festival is Back! by Laura PrebleJune, 2022
The Return of IPO San Diego: After a Five-Year Local Hiatus, David Bash’s Unique Music Festival Makes a Much-Anticipated Return by Scott SamuelsJune, 2022
This Saw Is Not a Tool by Derek ShawJune, 2022
Our Redneck Poet, Merle Haggard by Mark PulliamJune, 2022
Linda Hoover: I Mean to Shine by Jon KanisJune, 2022
Tom Griesgraber: Now a Member of the California Guitar Trio by Paul HomiczJune, 2022
Mary Chapin Carpenter: We Remember Moments Not Days by Terry Paul RolandJune, 2022
Judy Henske: A Remembrance by Barry AlfonsoJune, 2022
KIDS THESE DAYS: Christone “Kingfish” Ingram, Eurovision, and the Aftermath of the Y2K Baby Boom by Raul SandelinJune, 2022
Blues Music Summer Camp for Teenagers by T.E. MattoxJune, 2022
Advertisements

One of the best things about early summer in San Diego has been the San Diego International Fringe Festival. Music acts, theatrical groups, stand-up comics, and performance artists from all over the world gather here—and in more than 200 cities worldwide—for this celebration of all things fringe-y.
The pandemic put the kibosh on the Fringe, as it did on so many other things, for the past couple of years. 2022 is the technically its tenth year locally, although two years were lost due to Covid-19. This year’s festival will look a bit different from those in years past, but there is still plenty to love at the pop-up venues around town and the two main venues located at Fringe Central, Balboa Park. 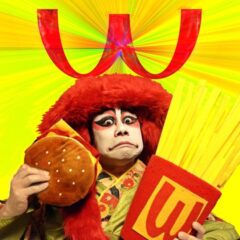 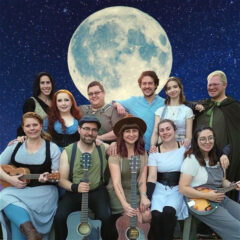 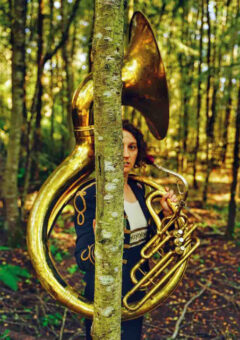 “This year we are getting our feet back on the ground with an exciting POP UP energy,” says SD Fringe Executive Direction Kevin Charles Patterson. “That means experiencing the beautiful, the bizarre, and the unexpected in this limited edition of Fringe Frenzy eyeball-busting shows.”
Those shows include THE DROPOUT/ BODY WORK by Teatro San Diego (see clip here); one is a riff on the Elizabeth Holmes/Theranos scandal. Bodhi Tree in San Diego will present AFTERMATH, world-premiere chamber opera by San Diego’s own Nicolas Reveles. Set in a post-pandemic, post-apocalyptical world that feels too close for comfort, this new and powerful work reflects the realities of the modern world and the human heart. Asian Story Theater, always wonderful, brings THE GOLDEN RULE, an immigration story.
See how Midway’s famous club Les Girls is transformed into a time-traveling cabaret in BONES ABIDE. THE PANDEMUSICAL DIARIES, a one-person show “recounting the Spring 2020 shelter-in-place life for a queer arts educator, who often pairs parody and showtunes as their own sort of music therapy”; ON THE SPECTRUM, a two-person dialogue between a mother and her son, who has autism, examining the struggles and joys of such a diagnosis; LUNA AND SOLIS, a theatrical/musical performance with puppetry, detailing the love affair between the sun and the moon; HA HA DA VINCI, a performance featuring tubas, illusion, music, and theater.
The festival, which runs June 2–12, is anchored in Balboa Park at two historic venues: the Marie Hitchcock Puppet Theater and the Centro Cultural de la Raza. A total of 130 performances will be offered during that time, but several of this year’s venues are in other locations. The Les Girls night club in the Midway district, a mobile Mini-van Jam, the Template’s quirky arts/performance space in Ocean Beach, and SDSU Studio Theater on the SDSU campus.
All Fringe performances require purchase of a $5 Fringe Tag, good for the full 11 days of the festival. In addition, tickets and ticket packages can be purchased for in various increments. A 3-show pass is $27; a five-show pass is $42; a 10-show pass is $72. Tickets for individual performances can be purchased also; most individual tickets are $10 per performance. Family Fringe and free events do NOT require a Fringe Tag.
For more information, or to purchase single tickets, Fringe Tags, or multi-pass tickets, please go to: https://sdfringe.org/

Tom Griesgraber: Now a Member of the California Guitar Trio