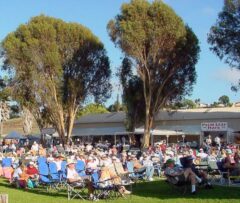 Summergrass is the premier Southern California bluegrass festival held every August since 2003—except of course last year, which was canceled due to covid. But, good news—Summergrass is on schedule for August 20-22 of 2021.
The 2021 festival features the Lonesome River Band, Bluegrass, Etc., the ‘Po Ramblin’ Boys, and High Fidelity with more to be booked soon.
The festival is outdoors and will take place at its usual venue, the Antique Gas and Steam Engine Museum in Vista. Tickets are scheduled to go on sale May 1, 2021. To learn more visit the Summergrass website at https://summergrass.net/.
Given Covid rules are still in a bit of flux, please check back frequently for any updates.
What’s the Difference Between Bluegrass and Folk Music? 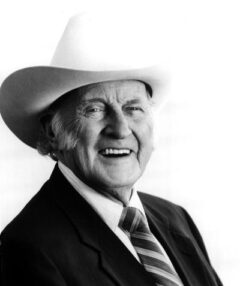 For starters, folk music is much older than bluegrass music. American folk music can trace its origins back centuries to Europe and the British Isles, with influences from other parts of the globe as well. This style of music experienced revivals in the U.S. in the 1920s and again in the 1960s, but its roots go deep. Bluegrass music, in contrast, was invented in the 1940s by Bill Monroe and the Kentucky band he named Bill Monroe and His Bluegrass Boys, taking the name from Kentucky’s famous bluegrass (as in real grass). The “bluegrass” from that band named since came to be the name for this style of music itself.
Second, folk music includes a much broader array of instruments and musical styles. Arguably, anything written by common folks, passed on by tradition or by word of mouth (as opposed to classical and “trained” music) can be called “folk music.” Instruments used in folk music include pretty much everything that is acoustic and not electric, from the accordion to the hammer dulcimer to the harp, and the more traditional guitar, mandolin, banjo, bass, dobro, and vocals. Bluegrass instrumentation is more limited, generally restricted to five core instruments: guitar, mandolin, banjo, fiddle, and bass, with the Dobro also having a seat at the bluegrass table. In this sense bluegrass music is folk music as it falls within the broader definition. But, folk music is not bluegrass music, as folk music includes too many musical styles and instruments that do fit the bluegrass genre.
Third, there is lots of overlap. Many beautiful folk songs are adapted to a bluegrass style, and vice versa.  Think of the classic folk tune “Long Black Veil,” which is often heard at bluegrass jam sessions as well as at folk music sessions.
And, some wonderful acoustic music is hard to pigeonhole in any box. It might be called Americana or bluegrass or folk or simply acoustic. Take a listen to some of the ballads sung by Alison Krauss and her Union Station Band that seem to easily fit several, if not all, of these categories.
Does it Matter?  Yes, if you are booking a gig. If you show up at a bluegrass jam with your accordion or autoharp, you are likely to get heavy stink eye. If you show up at a folk session, expecting to bang out aggressive banjo roles while others sing, you are also likely to get stink eye.
The distinction can also matter if you are looking for music you like to hear. Be cautious though—this area is rife with miscommunication. For example, if I say I love bluegrass music and am looking to hear it, I may be thinking the traditional bluegrass of Bill Monroe or Flatt and Scruggs. If you reply you also love bluegrass music, you may be thinking Yonder Mountain String Band, Trampled by Turtles, or other modern fare that is very different from Bill Monroe and his ilk.
In the big picture, it doesn’t really matter if we can or cannot fit particular pieces of music into specific pigeonholes. You may like both folk music and bluegrass music, and that’s fine. You may never know what the difference is between Americana and acoustic music. Listen to what you enjoy, don’t get hung up on labels, and you can’t go wrong! The vagueness of the labelling, however, can be a bit of challenge to decipher if you want to know exactly what is being offered. A lot of smart bands not only list their category of music, but also give reference to major influences. So, for example, if you see a billing for the Bluegrass Bobcats listed on a music program, you haven’t really learned much about the type of music the band intends to present. But, if they are listed as the Bluegrass Bobcats performing in the traditional style of Bill Monroe, you know a lot more.
Next month I hope to have updates for everyone on when Covid restrictions will allow us to start up our monthly indoor bluegrass events. Stay tuned!

Getting Involved in Local Bluegrass

Sympathy for the Music World