This time out we once again ask the question: “What’s the strangest thing that’s ever happened to you on stage?” — with the return of “Strange Stories,” as well as catch up on a few reviews.

Tim Pyles: “Strangest thing that ever happened to me onstage? I had to duck to avoid an incoming hot dog…”

Dani Bell (Boychick / Dani Bell & the Tarantist): “The strangest thing that’s ever happened to me on stage was probably that one time the band kept pushing me off the stage… however, I was wasted and my band wasn’t playing that night, so I don’t know if that counts…”

Josie Day: “This guy was pretty convinced that I was lip syncing one time. He was standing at the side of the stage while I was performing, yelling that that wasn’t really me singing. So I pulled the mic away and back and forth while I was singing to prove to him that it was me. He wasn’t satisfied and just yelled at me to I think say his name in mic or a word or something. So I did, still in the middle of the song. I don’t remember much after that but I think he wasn’t very happy that he didn’t “bust” me. Hehe.”

Laura Jane Wilcock (The Tighten-Ups): “Once, while singing and dancing on stage in northern Michigan, I did a kick on stage and my shoe flew off of my foot and into the audience of diners, and it hit a man in his face so hard that he thought someone was fighting him and he stood up and put his fists up, ready to punch out whoever sucker punched him! We had to buy his steak dinner for him that night.”

Scott Samuels (Phaze, Vinyl Pirates, Solitary Diamonds): “When I was in Phaze, there was this Greek Bozouki player/promoter named Stanley, who hired us to play a large Greek celebration dinner in Chicago at this huge banquet hall. We had to set up and tear down three times because people complained we were blocking the view of the belly dancers throughout the evening.”

Levi Dean: “Years ago, my band played an Alligator Festival while touring through Colorado. That’s right, alligators in Colorado. The park is able to raise and care for alligators from local hot springs water. Anyhow, the festival was a blast. While we were playing, there was live alligator-wrestling in the background. That was definitely a first — and a last.”

Ramona Sage (Mittens): “My dress ripped all the way down my side. It was quite embarrassing.”

Patrick Yandall: “I was performing at Humphreys Backstage. Packed house for a CD release performance and I was explaining what a song was about that we were getting ready to perform. A lady yelled out “no one cares, just play”. Hence, I don’t talk very much before songs since then.”

Alyssa Walker: “Sneezing in the middle of the song is always awkward, but usually I just continue on. I remember one show I started off talking in a British accent without realizing it until after, which was pretty strange.”

Danielle Spade (Stone Horse): “I was swinging my microphone by the cable, you know like Roger Daltrey, and the mic came off and flew across the stage and landed on the keyboards. The keyboard player just looked at me and handed me the mic back. I was standing there going ‘Oh my God – I could’ve knocked his teeth out!’ Needless to say the mic is now duct taped to the cable…”

Enrique Madico (Marujah): “While we were playing at the Cobra Lounge in Chicago a guy brought his girlfriend up on stage and proceeded to give her a full striptease lap dance. As he was removing his pants we realized he wasn’t wearing any underwear. While reaching for the final pant leg he drunkenly fell backwards into the crowd. He crowd surfed, dong out, until security got him and escorted him out.”

Lori Aguilar Wilson: “The strangest thing to happen to me onstage was at a gig with The Jackstraws. While we were playing, a kangaroo was jumping around me. It was at an event with Joan Embery and it was on a leash that she could hardly control. I was afraid its tail was going to whip me or of it’s big feet stepping on me. It was funny.”

Wayne Riker: “Oct. 3, 1992: While playing a private party at the Omni Hotel to a visually attentive audience of well-known national dignitaries, the female lead vocalist got one of her high heels accidentally wedged between two of my guitar effect pedals at the beginning of a twenty minute tune medley, voiding her mobility to initiate any semblance of stage presence, whereby leaving her helplessly stationary. Realizing it would be too visually awkward to be barefoot in removing her foot from the shoe, she kept smiling and singing while awkwardly wedded to my pedal board. As soon as the medley ended, we pulled out a pair of pliers to extricate the shoe’s heel and continued on as if nothing ever happened.” 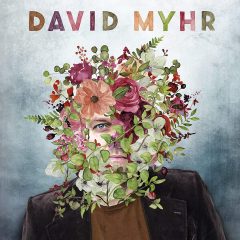 Ten tracks of pop splendor from this Swedish musical powerhouse. Perhaps best known for his stint in the Merrymakers, Lucky Day is chock full of gems. Of course, Merrymakers fans will love Lucky Day, but anyone who enjoys music from the likes of Brian Wilson, Jellyfish or Jeff Lynne, with sweeping strings and anthemic backing vocals, will love this. The album is a bit less “rock” than Myhr’s Merrymakers work, stylistically diverse, but it is no less intense. Production is really good, full and lush, highlighting Myhr’s heartfelt vocals and his strongest talent, his songwriting. The ten songs here are really a collection of singles, listening to this is sort of like tuning in to a lost radio station playing an alternate universes hits. Each song is a gem that sounds like a lost hit, or a potential cover for another artist, from the title track on down. For example “Room To Grow” sounds like an updated version of an old Broadway show tune. Then the next song, “The Perfect Place” is a guitar led power-pop classic in the making, complete with Beach Boys type harmonies, orchestral passages and quirky bridge. “Lucky Day” comes across like late 1970’s era solo McCartney, especially in the closing hum. The obvious single here is “My Negative Friend,” with topical lyrics kicking off with jaunty Buddy Holly acoustic jangle before heading into piano tinged, Beatle-esque choruses that also remind me a bit of Andrew Gold. Meanwhile a possible second single would be “Wait Until The Moment,” a wistful clavinet led lament, co-written with Brad Jones, complete with a soulful Rundgren-esque vibe. But that’s just the tip of the iceberg here. If you are a fan of powerpop, indie or just excellent songcraft, Lucky Day is essential listening. www.davidmyhr.com 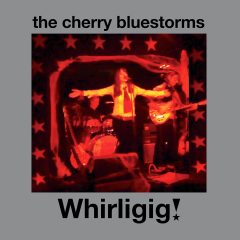 Twelve songs, including 11 originals and a cover of the Beatles “She Said She Said” to kick off the album. Not a bad place to start actually as their version of the song encapsulates all that makes this band so much fun; trippy psychedelic rock influenced song arrangements, inspired guitar from Glenn Laughlin and Deborah Gee’s compelling vocals. The first original song up is a rocker, “Roy Wood” which is plenty catchy, reminds me a bit of a song Rick Nielsen might write. Meanwhile the first single from the album is “Seven League Boots” an excellent shuffling rocker, complete with uplifting orchestral arrangement and a nifty video. Indeed that’s one of the albums strengths, the strings playing counter melodies that perfectly frame the songs on Whirligig! All the originals are penned by Laughlin, with two co-writes — including one with Gee on exotic rocker “Heel to Toe,” which somehow manages to include both power chords and one of Laughlin’s signature sinewy guitar riffs to good effect. This will appeal to fans of Britpop / psychedelia / power pop / garage rock. www.thecherrybluestorms.com

The Lemon Clocks — Songs From Another Time (Rock Indiana) 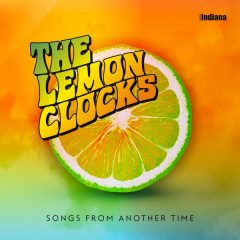 19 (nineteen!) tracks from all-star trio, the Lemon Clocks, aka Jeremy Morris, Stefan Johansson, and Todd Borsch, released via Spanish label, Rock Indiana. Pop rocker Ed James sits in on two tracks. Sadly this is the final recording from Borsch who passed away earlier this year. The title of the album is apt. Songs From Another Time is music with a touchstone in the 1960’s and early 1970’s, maintaining a wide palette of influences. The sort of thing the Dukes of Stratosphere might do, though from different source points. Best of all these tracks are all pop single short, packing a lot of melodic punch in their compact running time. “Butterfly” is classic powerpop, ala Wings or Badfinger, meanwhile “What Planet Are You From” could be an outtake from Dark Side of the Moon. This is followed up with “Mystery To Me,” which is a Byrds-ish jangle fest and then there’s the fuzzed out garage rock of “We Are Floating In Space.” It goes on like this, one cool track after another. If you are a fan of any of the other projects from the musicians involved, you’ll want to add this to your collection, but it’s a strong album, with songs powerpop fans will want to hear again and again. www.popandsoul.org/rockindiana2

The Long Winters — When I Pretend to Fall (Barsuk Records) 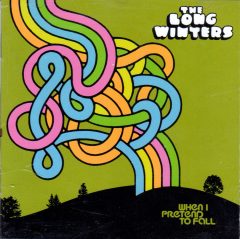 A random gift handed to me at a music seminar, not by the band, but by a fan of theirs. A.K.A., the highest recommendation. These Seattle based gents were new to me, but amongst the production credits were the names Stringfellow and Auer, yet two more reasons to give this a listen. Twelve well-crafted indie pop rock tunes, with plenty of jangle, touches of Americana, psychedelia and powerpop. “Blanket Hog” reminds me of one of Yes’s quieter early tracks, with a nice string arrangement. The clear single here would be “Scared Straight,” a horn tinged mid-tempo rocker. Another favorite is “Stupid” a straight forward pop rock tune, with a slight lyrical twist on unrequited love, that’ll make most folks smile or at least ponder possibilities. The sentiment is as good as the melody. Lots of interesting stuff here. “Blue Diamonds” is jaunty pop rock. The wonderfully titled “Prom Night at Hater High,” is a Stonesy rocker, while “The Sound of Coming Down” is excellent post punk rock ‘n’ roll. You’ll get it the first listen: this is a solid album, with a diverse list of songs to keep things interesting. Well worth hearing. For Fans of Fountains of Wayne, The Posies, Superdrag. www.barsuk.com